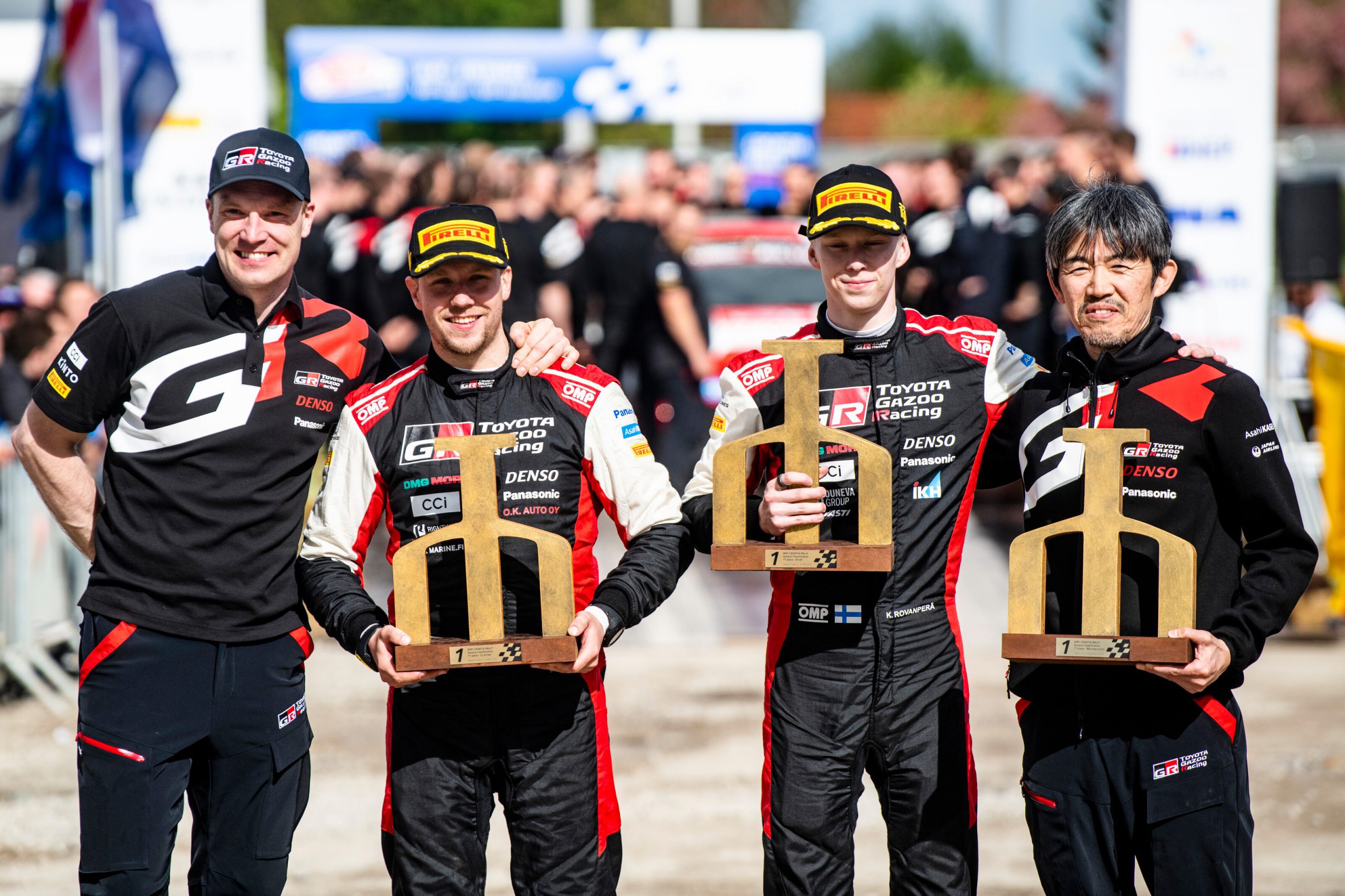 Finnish World Rally Championship driver Kalle Rovanpera claimed his second win of the season after a storm lead to a chaotic final few stages at the 2022 Rally of Croatia.

The win enables Rovanpera to extend his lead in the 2022 Drivers’ Championship with Hyundai’s Thierry Neuville in second.

Toyota’s Rovanpera entered the final day with a healthy lead over his competition only to watch a downpour undo all his hard work. The ensuing rain handed the advantage to Ott Tanak, who gambling on Pirelli’s softer compound tyre was able to open up at 2.4 second advantage over Rovanpera.

As conditions started to dry, the pendulum started to shift once again with Rovanpera eating into Tanak’s advantage, though the Finn still had a mountain to climb given that the rain had essentially littered the asphalt roads with dirt and mud.

“I was sure we could not be so fast with these tyres, but it’s amazing,” Rovanpera told the WRC website.

“We pushed really hard and I think we deserve it this weekend. For sure, it was the toughest win of my career.

Tanak for his part was dejected with the outcome, with the Estonian believing that victory was within his reach.

“I didn’t take any risks but Kalle obviously did a good drive,” Tanak explained. “We were fighting for the win, but only because of clever decisions and tyre choices.”

A race of attrition

The changing conditions caused several drivers to crash with seventh place going to WRC2 driver Yohan Rossel. Ahead of him Ford driver Craig Breen survived a spin and an overshoot to fend off the challenge from British driver Elfyn Evans, with Belgium’s Neuville in third.