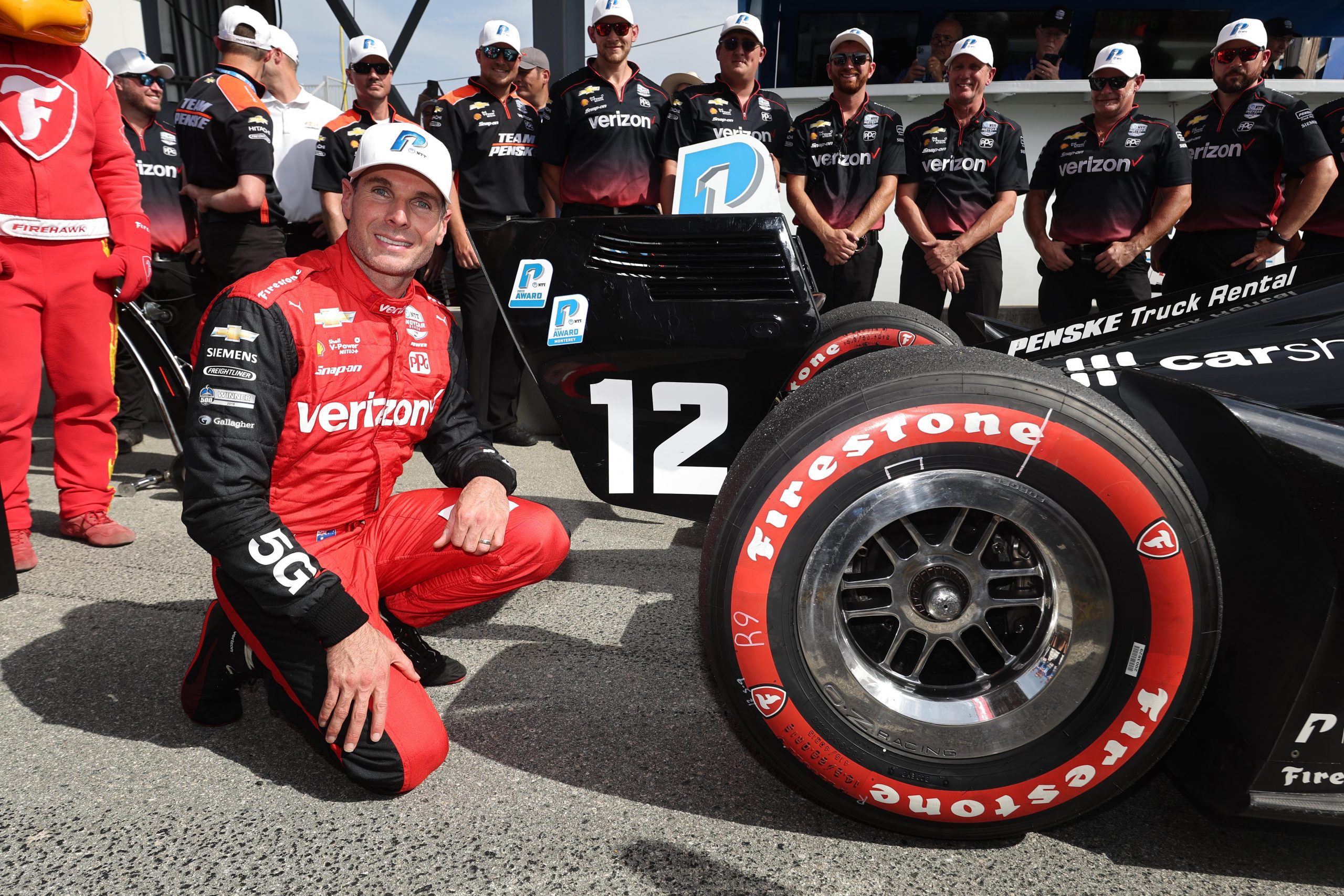 Despite not winning the season-ending Grand Prix of Monterey, Will Power was crowned the 2022 IndyCar champion thanks to a third place finish at Laguna Seca.

It was Alex Palou who stormed to victory, but all eyes were on pole-sitter Power who had to contend with challenges and various tyre strategies from his five championship rivals.

The 2022 Indy 500 winner Marcus Ericsson and former Australian SuperCars champion Scott McLaughlin were in with a shout of claiming the prize, as well as Scott Dixon, it was Penske teammate Josef Newgarden who provided Power with the biggest challenge.

On Saturday, Power set an IndyCar record of most pole position, beating out legend Mario Andretti, and the Australian now adds the 2022 IndyCar title to his 2014 crown.

“Let me tell you, in the offseason my wife [Liz] said to me you’re going to beat Mario’s record and win the championship, and it actually gave me confidence that she said I could do that,” Power told NBC Sports after the race.

“That’s how much confidence I had in her gut feel. She said those words, and I just can’t believe it came true.

“Man, I had to drive the thing today, it was loose and on the edge. What a relief.”

Power finished the IndyCar season 16 points ahead of Newgarden, and in a testament to his consistency over the season he had only managed one victory which came at Detroit Belle Isle in June.

That said, Power has racked up ninth podium finishes in 17 races.