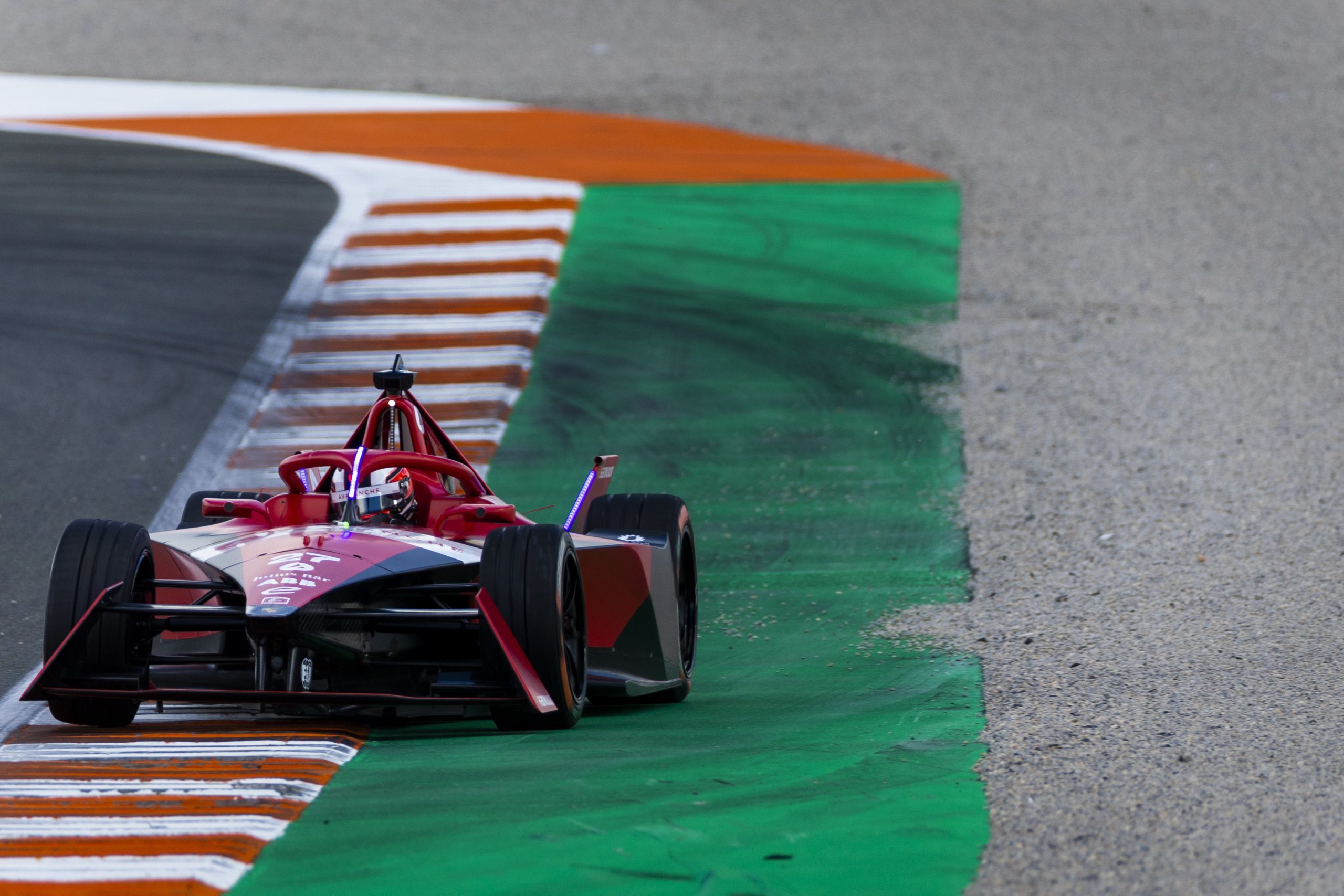 Lighter, faster, more efficient – Formula E‘s new Gen3 car should be much quicker than its predecessor right? Well, not quite as pre-season testing has suggested otherwise which is somewhat of a surprise.

Maximilian Gunther concluded a strong test by setting the fastest time of the week in Valencia of a 1:25.127.

That might mean nothing at first, but if I said Edoardo Mortara set a 1:25.763 last year in the Gen2 car, you may think how is that the case? How is the Gen3 car only six tenths of a second faster?

After all, there are now two powertrains compared to one, a maximum power output of 600kW which is 350kW more than Gen2, a top speed of nearly 200mph, a decrease in weight of 60kg and an increase in efficiency and regen ability.

Everything points to Gen3 being multiple seconds quicker than the Gen2 machine. However, that’s not the case.

“Downforce is pretty much zero just like the previous car,” Sergio Sette Camara told Total-Motorsport.com. “Corners there’s less grip because of the tyres and on the straights it’s faster.

“Overall, we are marginally faster on a track like Valencia. But on other tracks which don’t have the long straights, which is where this car is faster, it might be that the cars actually slower just because of cornering speeds.

“It is a surprise because I thought it would be much faster even in pre-season testing. But they tried to innovate with this car, bringing in the front powertrain, pushing the boundaries. Sometimes that comes at a cost.

“If you put technology that has been proven over time and is already working, maybe you can push to make a faster car.

“But if you’re trying to bring new technology on board, sometimes you have got to take one step back to take two or three steps forward.”

In race trim, the cars are around 3-4 seconds per lap faster compared to last year which was mainly down to the lack of energy management that was required in the mock race held in Valencia.

Formula E has reverted to a laps format rather than the 45 minutes+1 lap system that was used from Season 5 until last season.

The general consensus from the drivers is there will need to be more laps in the E-Prix if Valencia was anything to go by.

Tyres is the buzzword in the paddock because the new Hankook tyre compound is much harder than the Michelin rubber, which appears to be the main reason for the lack of pace over one lap.

“I think the potential is definitely there,” Andretti‘s Jake Dennis explained. “If you look at Gen2’s, first year of testing around here, they definitely weren’t doing 1:25s, like they were at the end of the year.

“We will improve throughout the year, develop a lot and the lap times will keep improving. That’s for sure.

“The tyres are completely different. It’s a lot harder, a lot more durable, a lot more safer in terms of, if it rains at the end of the session, then we won’t have the New York for instance. So it was expected but it’s still a very fast race car down the straights and a challenge to drive.

“We can’t quite optimise the power potential at the moment. If we had a proper slick tyre we would see some really fast lap times. But with the all-weather compound it’s not possible. Nevertheless, it’s good fun out there.”

Asked if the Gen3 car will be slower in qualifying at some tracks than the Gen2, Dennis answered: “We will have to wait and see. Mexico will have a different layout so we won’t really have an opportunity until Saudi Arabia which will probably the first real test

“It will just achieve lap time did very differently. There’s no denying that it will be a bit slower around the corners but it will be a lot quicker down the straights, so it will be track dependent.

“Saudi there’s a lot of corners so I don’t think it would be huge that time difference, but maybe when we go to some of the longer circuits, or longer straights it will be a bit quicker.”

Conditions in Valencia were on the cooler side at 20 degrees in the air and mid-20s for much of the day on the track itself.

The season-opener in Mexico City is generally warm but the second event in Saudi Arabia, which takes place at night (with qualifying in the evening), will be a serious test for the drivers which Andre Lotterer admits will be a challenge.

“The tyres make it really difficult because they are so hard and we are doing our best lap times on our fifth or sixth lap,” said Lotterer, who has joined Andretti from Porsche.

“They are lasting really long which was requested to Hankook. It’s a completely different dynamic. It makes it difficult and it all depends on setup, whether you can get the tyres to work.

“We haven’t simulated anything but if you think here on a power sensitive circuit, you would expect to be quite a bit quicker.

“On street tracks, where we can’t use that power we might be slower. But, it’s the same for everyone.”