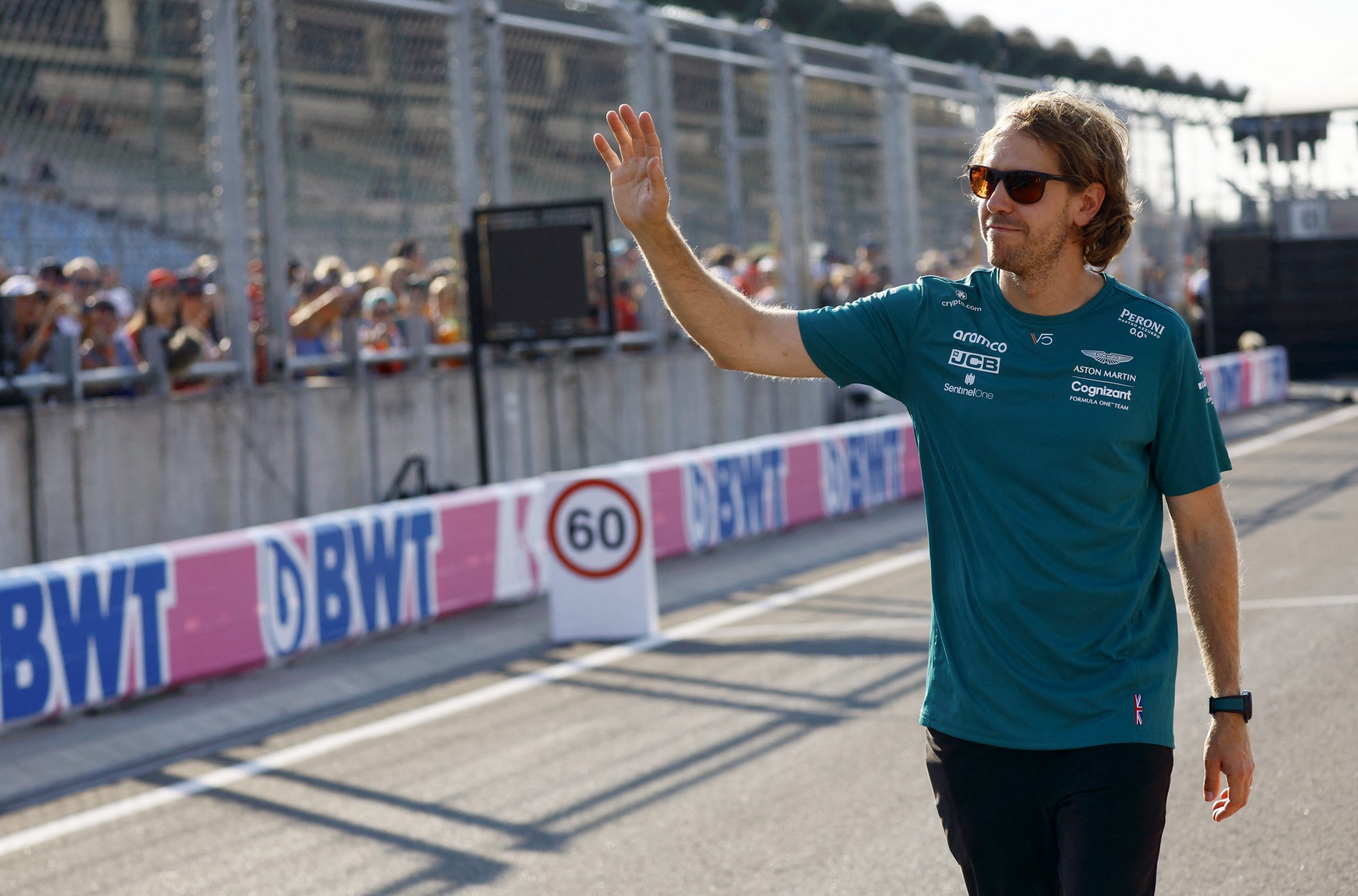 After Sebastian Vettel announced his surprise retirement from Formula 1 ahead of the 2022 Hungarian Grand Prix, the Aston Martin driver spent nearly half an hour fielding questions from the press explaining his why he’s stepping away from the sport.

Vettel, a four-time world champion. made his debut at the Hungaroring midway through the 2007 season, and 15 years later he explained that factors outside of F1 have pushed him to the decision, posting #THEREISSTILLARACETOWIN on his newly formed Instagram page.

He said the growing climate crisis and his wish to help in the fight against that was a reason for the decision.

“It’s one of the factors that definitely played a role, I can’t give you a number in terms of percentage I think that would be silly,” Vettel told the press.

“So much dedication going in [to F1], that means also a lot of time spent in your head, in your thoughts but also physically away from home, from kids, family and I can’t ignore these voices.

“Ultimately I think the questions got bigger and bigger and more central to a point where I make the decision, I don’t hate racing from now on but it’s probably the majority that pulls me in a different direction and I’m happy to head in that direction.”

Vettel added it’s not been a snap decision, and said he’d been considering retirement for years.

Asked whether the COVID-19 pandemic had impacted his timeframe, he said he’d valued having the time to reflect but that he’d been beginning to ask questions before even that.

Still at Ferrari at the time, he moved to Aston Martin for the start of the 2021 and expressed regret that he’s not been able to challenge at the front, but still paid respect to the Silverstone team.

Vettel indicated that his desire to spend more time with his wife Hanna Prater and three children, and confirmed he’d involved his wife in the decision-making process, but added the final choice was his own.

Asked whether he struggled the hypocrisy of advocating environmental causes whilst being an F1 driver, Vettel gave an honest answer.

“I don’t mind people calling me a hypocrite because I know that I am myself,” Vettel said.

“I don’t need to be told. I look around the whole room it’s filled with hypocrites, but it’s not about how much of a hypocrite you are than not.”

However, he added that conflict hasn’t been a factor in his decision to retire: “I feel it’s about how much you can do. And some of us can do a lot, others can do very little but it all makes a difference. So it wouldn’t be fair to sit here and say that as an excuse.”

Call to arms for next generation

Vettel‘s campaigned for off-the-track issues throughout his career, and particularly in recent he and Lewis Hamilton have led the way supporting the Black Lives Matter movement and environmental causes.

However, he voiced his concerns that the next generation of F1 drivers won’t have the same impact away from race weekends.

“What hurts me is that I feel people like George, Lando, Charles and Max is they don’t have the same freedoms as maybe Lewis and I had,” Vettel said, when asked whether he worries about F1 activism once Hamilton retires.

“And whoever is coming after them will have even less freedom because it will be more and more central and dictating more and more the way we are living.

“When it comes to the climate crisis there’s no way that F1 or any sport or business can avoid it because it impacts all of us.

“So maybe it will be pushed back or maybe it’ll be more quiet but it’s only a matter of time that we don’t have.

“I think the biggest part when you look at Lewis, myself is that we’re older now than we were ten years ago, we have the immense privilege of travelling the world, seeing so many things and if you don’t ignore everything then it does something to you.”