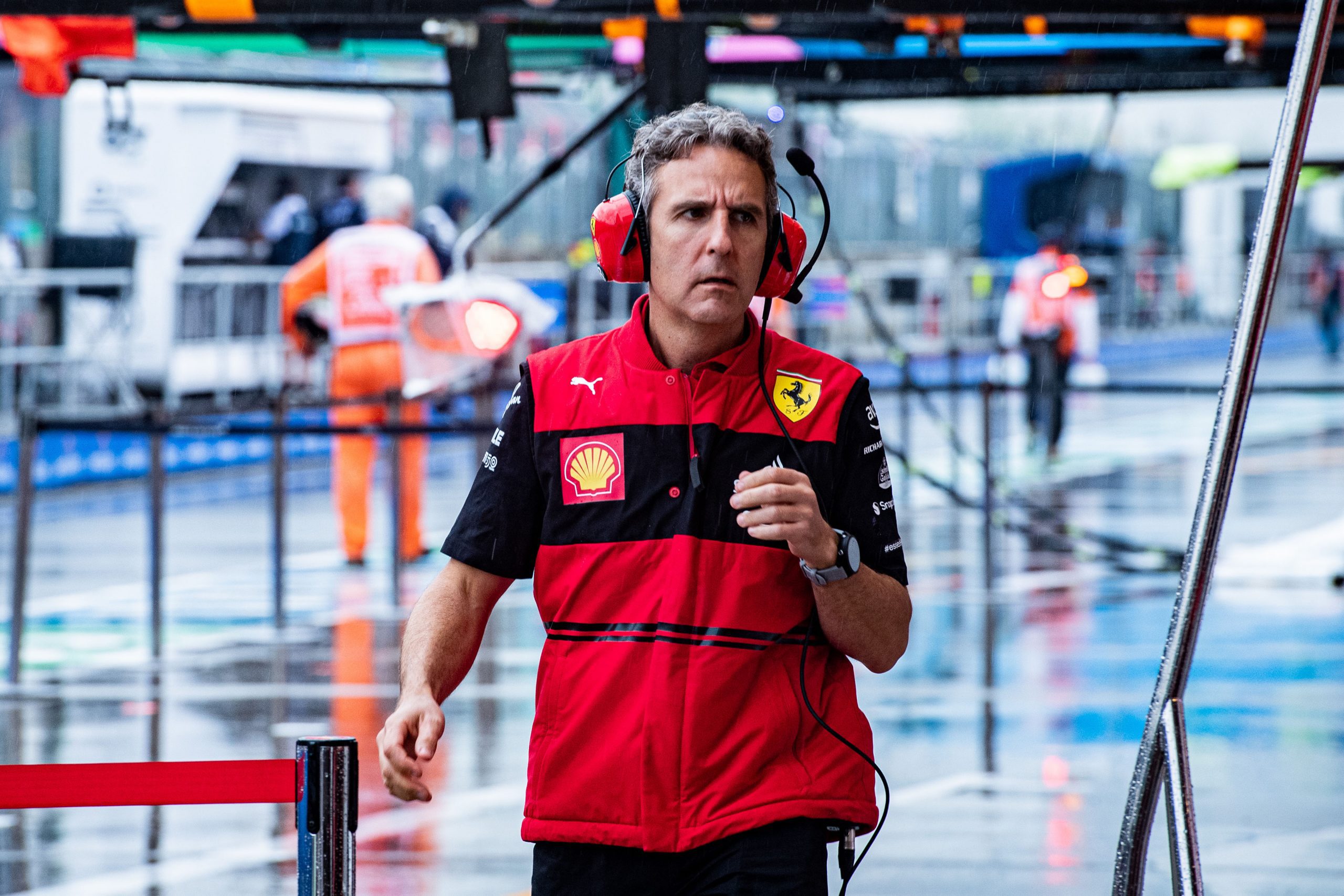 The 2022 Formula 1 season has seen the re-emergence of Ferrari as a genuine title challenger. However, after a raft of strategy errors, the Italian team’s hopes of a first championship win since 2008 have all but evaporated.

Most notably, mistakes in Monaco, Silverstone, France and Hungary have cost them dear, leaving Charles Leclerc‘s bid for a first world title in tatters.

Spain’s Ignacio ‘Inaki’ Rueda is the man responsible for calling the shots from the pitwall, and is under intense scrutiny from the impassioned Tifosi, as well as the wider F1 community.

But who is Inaki Rueda? Find out more about Ferrari‘s Head of Race Strategy and Sporting here.

Rueda was born in Madrid on August 6, 1978, and has a racer’s background. He grew up in a family with a keen interest in motorsport and began his own driving career in 1991 when he started out in motocross at a young age. That lasted until 1999, while he was also studying at the University of Colorado.

He specialised in Dynamic Controls and Systems at university and graduated in 2003 with a degree in Mechanical Engineering, before his focus shifted to Formula 1.

In order to give himself the best chance of fulfilling his ambition of becoming a regular feature in the F1 paddock, he went on to pursue and complete a motorsport masters degree at Cranfield University in England.

Upon leaving university, Rueda enjoyed a short stint working for McLaren Electronics, before quickly ascending through the ranks and joining Jordan Grand Prix in 2005 – which became Midland – as a Systems Engineer.

The following year, Rueda left the struggling team for Renault, who had just won the Constructors’ Championship and Drivers’ Championship with Fernando Alonso, ironically breaking Ferrari‘s run of dominance.

Ahead of the 2011 season, the team was renamed Lotus after Renault decided to scale back its involvement in F1, and Rueda became the Race Strategy Engineer, a position he held for four years.

At the end of the 2014 season, Rueda secured a dream move to Ferrari as the Head of Race Strategy.

Some consider him to be an immovable team member, such has been his contribution over the years. In particular, he was instrumental in a number of victories during the Sebastian Vettel era, but even that time period wasn’t without its controversy.

During the German’s six-season stint, there were occasions when it appeared he was calling the shots from the cockpit, leading many to question the Maranello-based outfit’s ability to manage a race in the short term, and return to the front of the field in the long term.

Despite that, Rueda‘s role was elevated to Head of Race Strategy and Sporting in 2021, as a new era began with Charles Leclerc and Carlos Sainz.

After a prolonged period of sub-standard performance, the new regulations introduced for the 2022 campaign brought about an upturn in Ferrari‘s form. The F1-75 was competitive right from the off, with Leclerc winning two of the first three races and opening up a sizable championship lead.

However, since then a mixture of unreliability, strategy mishaps and driver errors have stalled that early momentum and left Rueda among a number of senior figures facing widespread criticism.

In particular, pit-stop calls in Monaco, Silverstone and Hungary arguably cost Leclerc three wins; instead, the Monegasque driver trailed across the line in fourth, fourth and sixth respectively.

Leclerc was highly critical of the decisions made at the Hungaroring that demoted him from first to sixth, saying: “We need to speak with the team and understand the thought behind putting the hard tyre on because I felt very strong on the medium.

“Everything was under control and for some reason, I don’t know why, we need to go on to hard.

“Honestly the pace on my side, I was pretty happy. The only thing is that obviously everybody will remember the last part of the race where it was a disaster for me, especially the hards – that’s where I lost the race.”

The strategy blunders have left Leclerc with a mountain to climb in his battle with Max Verstappen for the 2022 Drivers’ Championship title, while the team’s hopes of beating Red Bull also appear slim.

Despite the backlash and amid speculation Rueda‘s position is under threat, Team Principal Mattia Binotto publicly backed the Spaniard in the immediate aftermath of the Hungarian humiliation.

Binotto said: “Sometimes we make mistakes, and the others are making mistakes, so not only Inaki but the entire team is great and I’m fully supporting them.”

While not as forthright, Sainz insisted the issues were with the car, rather than the strategists. “As far as I’m concerned, none of the tyres worked,” Sainz said, “not even the soft ones.

“Nothing worked, and when the pace is so difficult, even the strategy gets complicated. I think that today the strategy is our last problem, we didn’t have any rhythm.”

Speaking to Autosport some time after, Binotto then reaffirmed the faith he has in Rueda and co., adding: “I think there’s always a way of improving ourselves. You cannot be perfect, and you will never be perfect.

“So no doubt, we need to improve ourselves on the aero, chassis, power unit, on strategy or whatever we can. But having said that, I think I have got a great team on the strategy, and I do not feel it’s a weakness.”