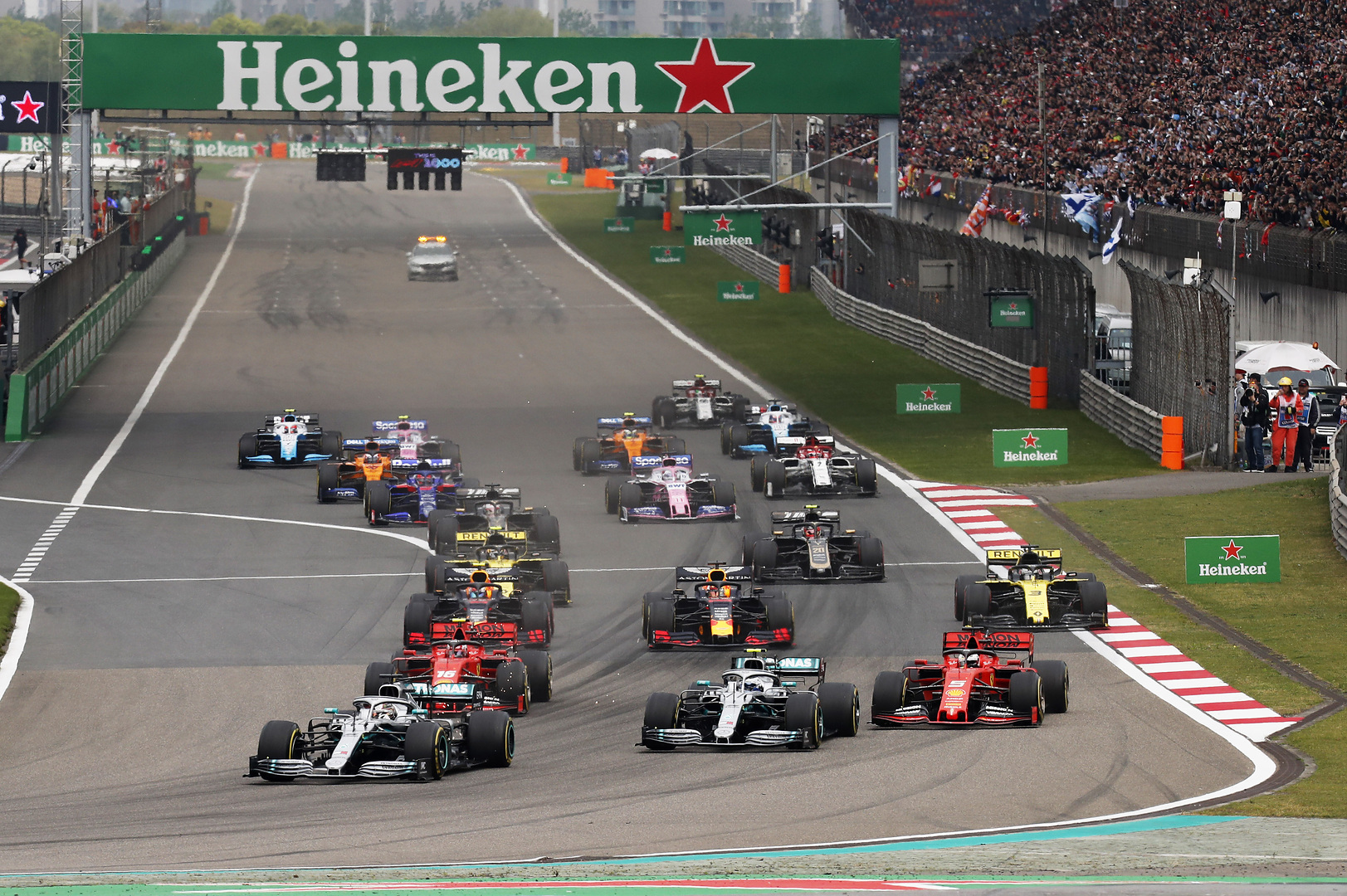 The 15th Chinese Grand Prix in 2019 was a weekend of celebration not just for the Shanghai International Circuit but for Formula 1 itself, as the sport celebrated its 1000th Grand Prix with the great and the good of the sport, making the trip to Shanghai.

Few knew it at the time, however, that F1 and the circuit’s day of celebration would mark the end of 15 consecutive years of the sport visiting Chinese shores as the Covid-19 pandemic in the spring of 2020 would put daily life in the country on hold for over two years.

With the 2023 Chinese GP cancelled due to the government’s zero-covid policy, some wonder if China will ever welcome F1 again.

It begs the question, what now for F1 and China?

The early stages of crisis

When the 2020 calendar was announced, F1 was pencilled in to visit China for round four of the championship held in mid-April, a fortnight after making a maiden voyage to Vietnam for a race around the streets of Hanoi.

However, with not long to go before the lights went out at the season opener in Melbourne, news came of a disease spreading across the globe, causing F1 to leap into action postponing the Chinese GP just over two months before it was due to take place.

A month later, the season itself was put on hold before resuming in July with a vastly different calendar predominantly based in Europe, with every non-European round aside from the Bahrain and Abu Dhabi GP cancelled.

Although China was placed provisionally on the 2021 calendar, the race was cancelled again in January, paving the way for Imola to take its place for the second year in succession.

Hopes of a return rose when vaccines against the disease were rolled out throughout the spring of that year, with the race’s contract being extended until 2025.

Plus, 2022 would finally see the country represented on the grid with Alfa Romeo signing Zhou Guanyu to replace Antonio Giovinazzi. Zhou’s rookie season saw him score points on his maiden outing in Bahrain impressing many paddock judges throughout the year.

Unfortunately, all hope of a return in 2022 ended when the race was cancelled again in October 2021, and a year after the cancellation, things don’t seem to be improving, with the government’s zero covid policy still limiting the country’s movement and damaging its economy.

China had begun to slightly reopen its borders for some visitors who have relatives that live in the country, with state authorities requiring five days in quarantine in addition to a PCR test.

These requirements would cause havoc for F1’s travelling circus, who would need to head to China almost immediately after a cruelling flyaway in Melbourne if they wanted to be passed fit for the weekend’s opening practice session.

The measures which have been blamed for contributing to 10 deaths in an apartment fire in Urumqi have caused protests across the country, with civilians demanding an end to lockdowns in what has been the most significant uprising against the country’s leaders since the student protests of 1989 that culminated in the Tiananmen Square massacre.

With arrests being made, F1 stated they were monitoring the situation, but the view amongst most in the paddock is that the race will eventually be cancelled, meaning that Chinese fans will have to wait until 2024 for their annual dose of F1.

Changes to the F1 calendar

Although China has a contract until 2025, 2024 will be make or break for the promoters as another cancellation because of covid or civil unrest would tremendously damage the race’s chances of securing another contract.

With countries queuing up for a spot on the calendar, F1 may put China on the back burner in place of either a new rising market in Asia or a long-awaited return to Africa.

There is not likely to be a replacement for 2023 according to the latest reports, meaning that fan favourites such as Portimao or the recently dropped Paul Ricard will also have to wait before returning to the calendar.

The scheduled four-week break between Melbourne and Baku would be shortened as a result of no replacement being found for Shanghai moving Baku forward by a week and giving the teams a much-deserved break before the Miami GP.

Any changes to the calendar in the coming months will mark the fourth consecutive year where the F1 calendar has been altered, harking back to the 80s and 90s when numerous races were proposed only for them to become non-starters at the 11th hour.