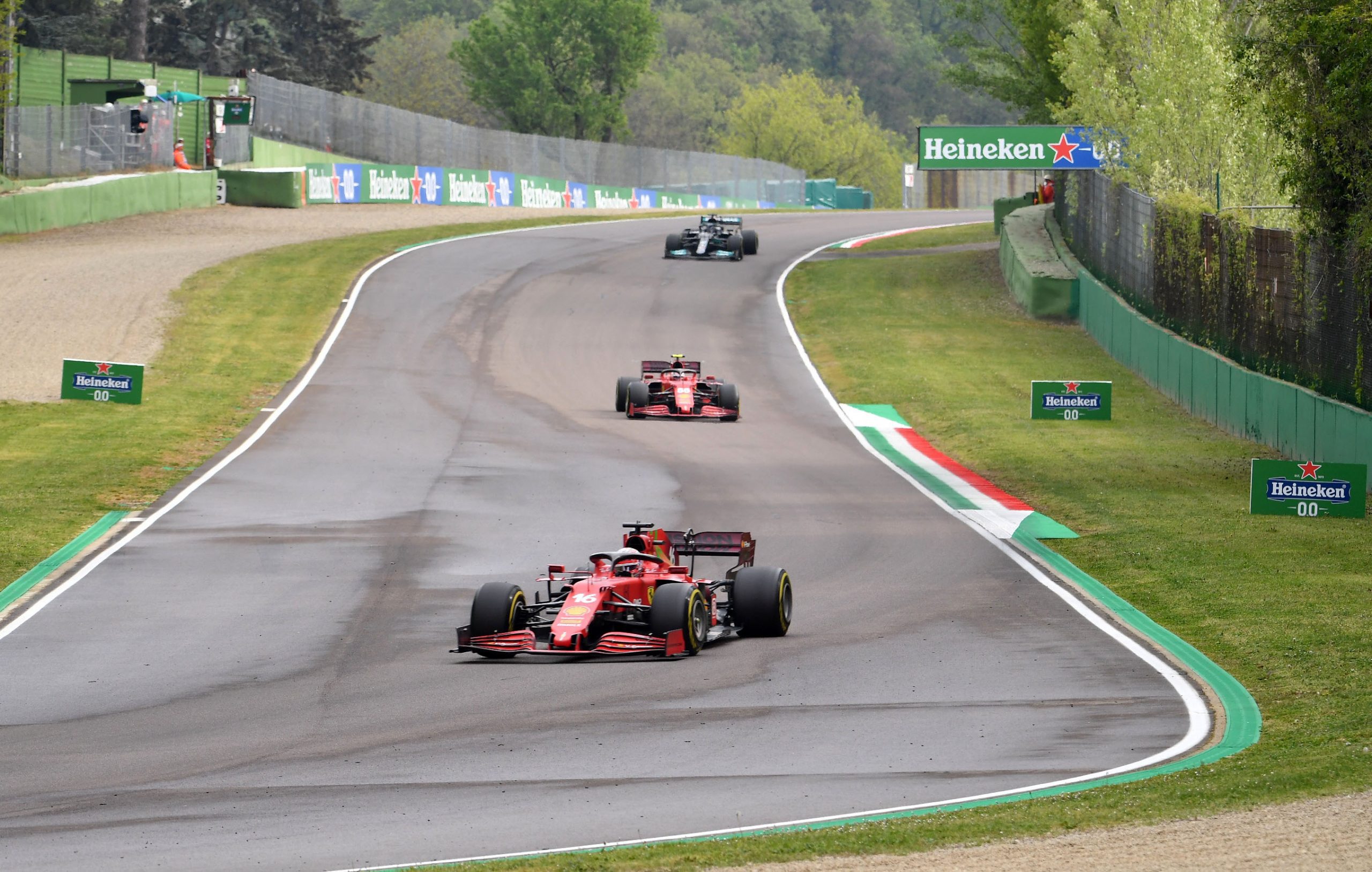 There is a wonderful feeling about Imola and Formula 1, a sensation that very few other events can create, which is why you should be excited about this weekend’s Emilia Romagna Grand Prix.

What is that feeling you might be asking? The track is one of the best on the calendar, adored by the drivers and teams for its challenging nature.

Throw in decades of history, including the very best and worst of F1, and you can see why Imola is such a special venue.

Imola is a real old, school circuit with high-speed corners and big elevation changes that gives the track lots of character.

Ironically, in the 2000s Imola was seen as a bland race track but the ever-increasing run-off areas at other venues on the F1 calendar makes the host of the Emilia Romagna GP relatively refreshing because there is grass and gravel to deter the drivers from going wide at most corners.

Lewis Hamilton described Imola as phenomenal when F1 returned there in 2020, particularly enjoying the challenge of being accurate at high speeds.

“They don’t build tracks this anymore,” said Hamilton. “I don’t know why the new guys can’t build a track like this. It’s just a classic and it has the history, which helps, and I would say location, it’s in one of the most beautiful places here in Italy.

“The speed that we’re doing from Turn 2 onwards. It’s really intense. The lap is just non-stop, medium-high speed. The grip is very, very high and so, naturally, the faster you’re going, the harder it is to be inch-perfect.”

Although Imola is no longer the same horrifying challenge it was before the events of 1994, when Ayrton Senna and Roland Ratzenberger lost their lives, the 4.909km Italian track still has that lovely flow across the 19 turns.

The opening two chicanes, the Variante Tamburello and the Variante Villeneuve, see the drivers trying to straighten out the chicane as much as possible so they can get on the power nice and early.

It requires a car that has a great change of direction. Then comes the Tosa hairpin, where we might see a few lunges with these 2022 cars since the drivers are able to follow each other much more closely.

The Piratella is next, the fastest corner on the track, where Lando Norris lost a potential front row in 2021 when he went millimetres wide and was caught out by track limits. It’s a blind entry as the drivers flick left, before plunging down the hill and into the Acque Minerali with another big uphill ascent ahead.

Another proper chicane, the Variante Alta, sees the drivers attack the entry to ride over the kerbs and stand on the power for the short straight towards the final two corners.

A double left-hander with a big braking zone into the first part of Rivazza has no room for error, with a big gravel trap waiting for anybody who goes a little bit wide.

It’s so easy to throw everything here, especially because there is a long run to the finish line so every fraction of speed the drivers can carry on the exit will be crucial.

Daniel Ricciardo had a big smile on his face when he qualified fifth for the 2020 race at Imola and it wasn’t just because of his result for Renault.

“That was, wow, I’m still smiling,” Ricciardo said. “That was such a fun lap. I’m very happy with the lap and the result.

“Even that aside, pushing the cars around here, doing those lap times, is fun. It’s a serious circuit, it really is. It’s that combination, it’s narrow, it’s tight, it’s fast. There’s chicanes, but chicanes you can attack the kerbs.

“Not sure what it is with race cars and race drivers, something about taking kerbs and really throwing the car around, it shows a bit of personality in a way. Felt like a fun ragged aggressive session which we could manhandle.”

Imola is here to stay

Imola originally returned to the F1 calendar in 2020 as a one-off due to the disrupted schedule caused by the coronavirus pandemic.

However, it returned to the schedule in 2021 to replace the cancelled Chinese GP and track organisers signed a four-year deal for Imola to feature on the F1 calendar until 2025 which is brilliant news.

Whilst F1 should push the American and Asian market, the nostalgia and prestige of European tracks such as Imola are a must on any F1 schedule.

Other tracks may produce better racing, qualifying and the variety Imola provides is unique – similar to the Monaco GP in that sense.

The green hills and the backdrop makes Imola stand out and the track is the real Grand Prix home of Ferrari.

Originally known as the Autodromo Internazionale Enzo e Dino Ferrari, Imola was named after Enzo Ferrari and his son Alfredo.

During Michael Schumacher‘s seven victories at the track, when the event was called the San Marino GP, the Tifosi would come out in their masses, something that should return this weekend.

Imola is yet to have had any fans in attendance at either of the Emilia Romagna GP due to the coronavirus pandemic and COVID-19 restrictions at Italy.

Therefore, the Tifosi haven’t had a chance to come out and show their support for Ferrari at Imola but that will change this week when over 100,000 fans are expected to fill the grandstands across the event.

“There’s no doubt that to see Ferrari back again competitive is very good for everyone,” Domenicali said. “I’m sure that this will have an impact on the number of ticket sales that we, the promoter, will sell and I’m expecting in Imola, a big crowd like in the old days.”

Championship leader Leclerc is incredibly popular and has a personality that’s hard to dislike so he will receive a huge welcome at Imola, along with teammate Carlos Sainz.

If you haven’t been able to jump on board the love train for Imola, wait and see the crowds this weekend because it could be a truly special Emilia Romagna GP.