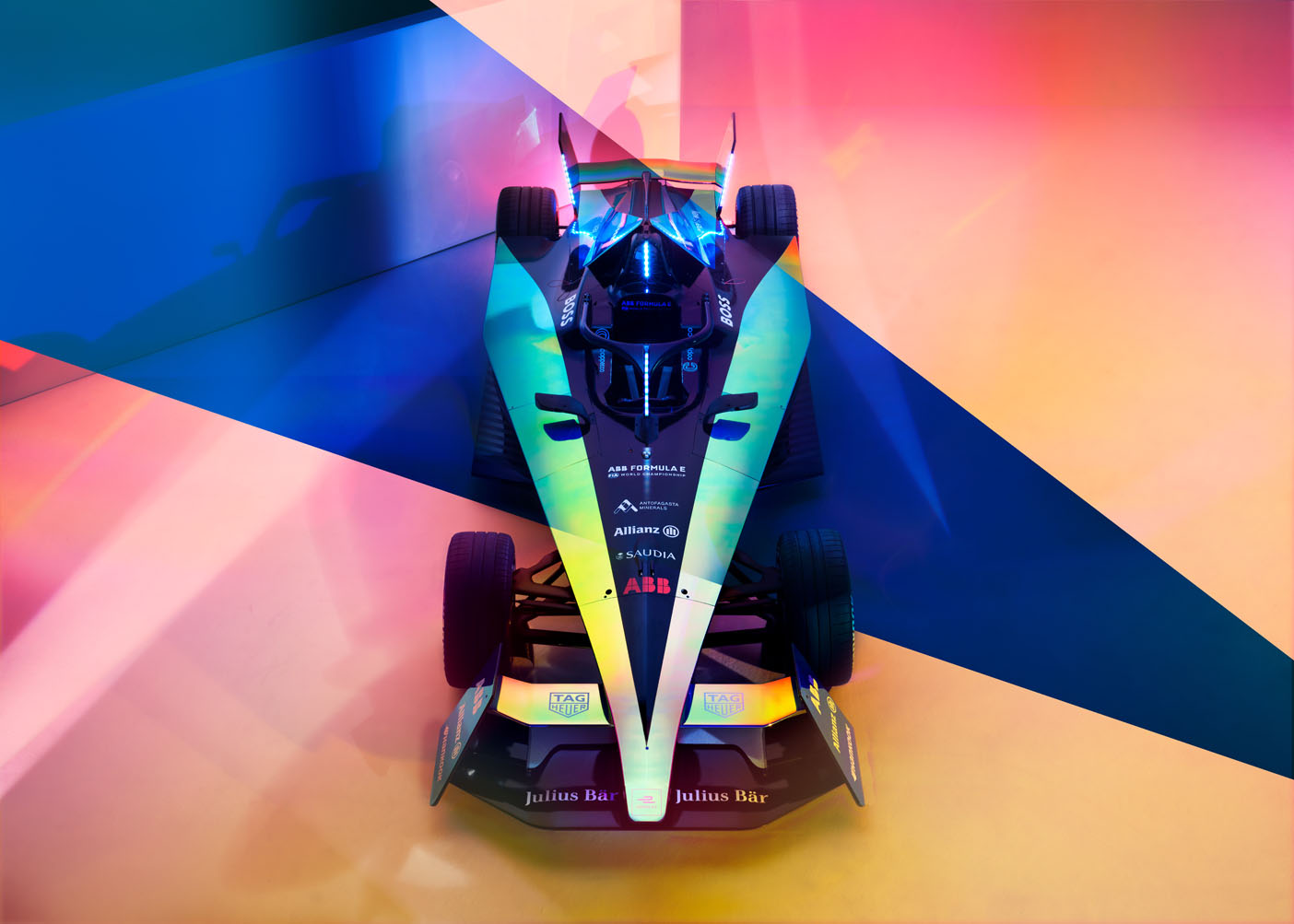 The ninth season of Formula E World Championship will mark the start of a new era as the Gen3 car makes its debut. It will be the fastest and most efficient Formula E car yet, showcasing the progression of electric technology in the automobile world.

Whilst the current 2022 season is far from over, excitement is building about the prospect of Gen3 finally becoming a reality after the car was revealed at the Yacht Club de Monaco, ahead of this Saturday’s Monaco E-Prix.

Formula E has long split fan opinion and the new Gen3 car is no different, with a fascinating fighter jet shape which has been designed to improve the racing.

The fastest Formula E car yet

The Gen3 car will see lap times and speeds go to a whole new level with the new car having a top speed of 200mph (322kph) with a regenerative capability of 600kW which is more than twice of the current machine.

“The Gen3 disrupts and challenges the conventions of motorsport, setting the benchmark for performance, efficiency and sustainability without compromise,” said Reigle.

“Together with the FIA, we are proud to reveal the Gen3 to Formula E fans and demonstrate to the wider sports industry how elite sport, high performance and sustainability can successfully co-exist in the ABB FIA Formula E World Championship. We cannot wait to see how our teams and drivers push the car to its limit in 2023.”

The Gen3 car is lighter and features a shorter wheelbase so, in theory, the racing will be better and the drivers will be even more on the edge.

A key aspect of the new car is it’s open wheel so there should be less contact because the consequences will be more significant, following the path of Formula 1.

The Gen3 car has been designed to have any consumable components reused and recycled and, including the new Hankook tyres, which are built from recycled material, and the spec batteries as Formula E continues its net-zero carbon initiative.

Natural materials have been introduced to tyres, batteries and bodywork construction with life cycle thinking at the core.

It will have around 95 percent power efficiency from an electric motor delivering up to 350kW of power (470BHP), compared to approximately 40 percent for an internal combustion engine.

“With every generation of race car we push the boundaries of possibility in EV technology further and the Gen3 is our most ambitious project to date. The eyes of the world are on the Principality for the Monaco E-Prix and we are proud to reveal a car that been two years in the making in the historic home of motorsport.”

When will the 2023 Formula E season start?

Pre-season testing for the ninth season of Formula E will take place in December, with the first event in January 2023, when the Gen3 car will make its racing debut. Saudi Arabia‘s Diriyah street circuit is set to host the season-opener.

Confirmation of the 2023 Formula E calendar will be announced later this year, as South Africa and India join the schedule whilst Paris makes its long-awaited return.

The Italian manufacturer will partner Venturi, who’s current driver line-up is made up of Lucas di Grassi and Edoardo Mortara.

Nissan announced they will completely take over the e.dams Team in Formula E, to become Nissan Formula E Team.

Rumours of McLaren joining Formula E haven’t come to fruition, despite strong interest from Zak Brown who has praised the all-electric racing series in recent years.

Is Formula E’s Gen3 car going to be good?

The Gen3 car is certainly different and Formula E has, not for the first time, been bold with the design and technical regulations of their latest machine.

Whilst many motorsport series are seeing their cars get heavier, the Gen3 car will be 60kg lighter than the current model which is a big drop.

This will completely change the driving style that’s required to get the most out of the car and the smaller wheelbase should create even better racing than we already have.

The car isn’t the most attractive racing machine you will see, but it’s distinct and the efficiency and speed numbers are a testament to the evolution of electric technology that is no longer the future, it’s here right now.