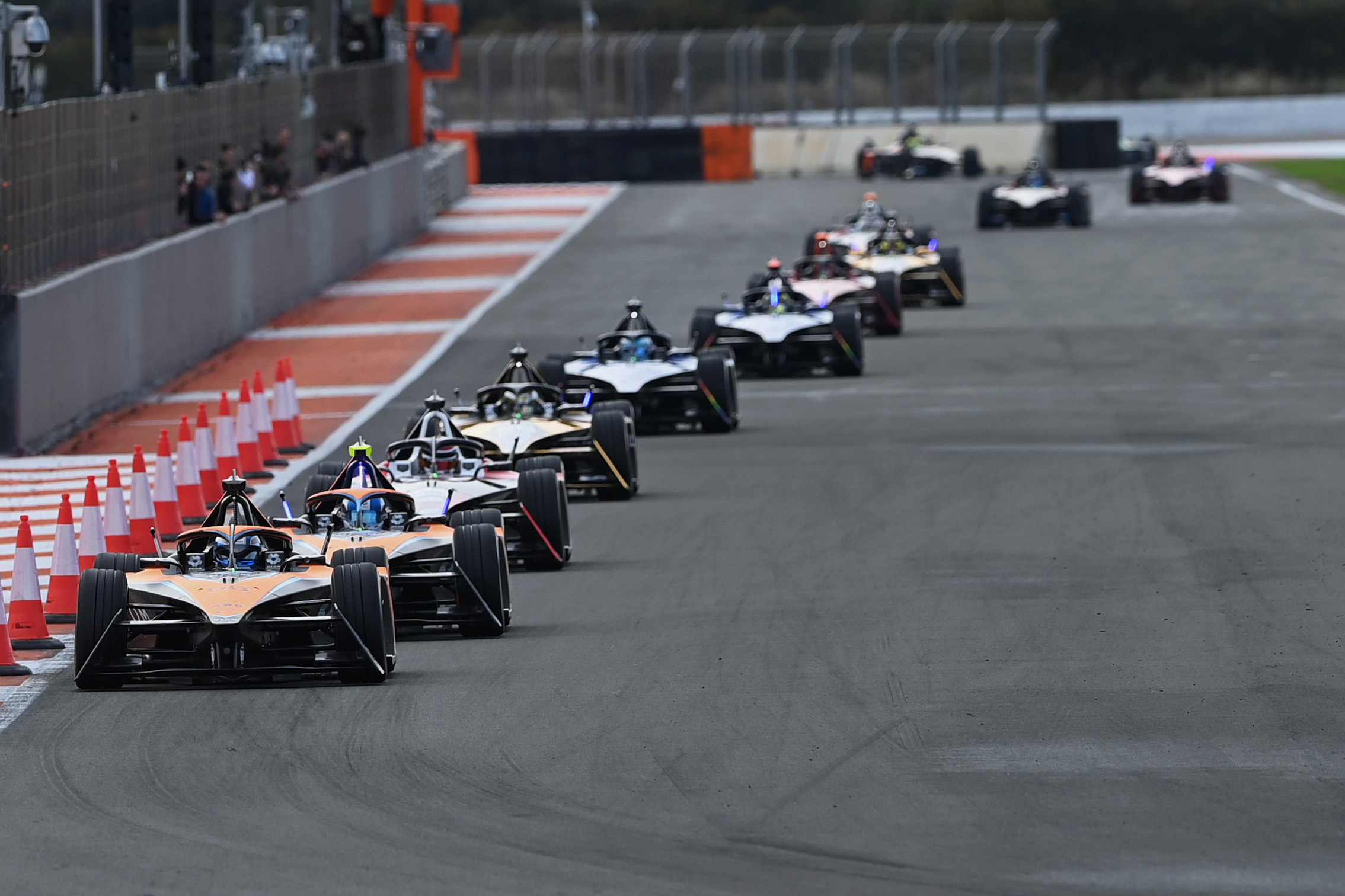 Formula E‘s new Gen3 car has thrown up many questions after a fascinating pre-season test which suggested the early part of the season could be very entertaining.

As expected, the cars are much faster on the straights with a maximum speed of 198mph. However, it’s the corners though which has been a big talking point as new tyre manufacturer Hankook have produced a tyre which every driver have stated, has less grip compared to the Michelin compound.

It’s much harder than its predecessor and can “last for days” according to some drivers, such is the durability.

Mahindra‘s Oliver Rowland ended up third fastest after the week of testing in Valencia and talked through the differences between the Gen2 and Gen3 car to Total-Motorsport.com.

“Over one lap it’s the same,” said Rowland. “It’s more how you prepare them where it’s different.

“Downforce is similar but we have less grip so we move around a bit more in the corner. The big push would be to have more grip, particularly over one lap I would say.

“There’s lots of different systems [to get used to], the powertrain makes a big difference.

“The car is longer, the steering is heavy. Those are the main differences. Chassis difference is small and there’s not much room for your elbows.

Asked whether the drivers can now brake much harder, Rowland said: “Yeah and depending on how good your systems you can brake more or less [compared to other teams].”

In Valencia, the fastest lap times were set after at least five laps, underlining how difficult it is to get temperature into the new tyre.

It’s possible this will only be exacerbated when Formula E races on street circuits and when the weather is cool.

The majority of the testing week at the Circuit Ricardo Tormo had an air temperature of 20 degrees with sunny conditions.

Formula E‘s qualifying format sees the 22 drivers split into two groups of 11 with the fastest four drivers from each group reaching the duels.

Rowland thinks the drivers will stay out for the entire session in the first phase of qualifying so they can get heat into the hard Hankook compound.

“I think for most qualifying sessions, everyone will go out for 12 minutes and not stop,” explained Rowland.

“Last year we would do two runs but I’m pretty sure we will be out there all the way.”

As for the mock race that was held in Valencia, which was won by McLaren‘s Jake Hughes, it was difficult to overtake due to a lack of energy saving.

Formula E has reverted to a laps format rather than 45 minutes+1 lap and many drivers, including Rowland, would like to see a longer E-Prix than what they experienced in testing.

“You can regen a lot,” said Rowland. “It’s pretty significant. “The race simulation we did probably didn’t have enough saving.

“It ended up being flat out for the second half of the race. The safety car contributed a bit but I would say we could do with a bit more saving to make the racing a bit more interesting, so we’ll see what we do with laps.”

Formula E is known for its very aggressive racing and Rowland thinks the drivers will now not get away with some of the moves and collisions they had with the Gen2 car.

“The racing will be less aggressive I think,” explained Rowland. “The car seems quite brittle. If we race like we did last year, we won’t have much left of it [the car] at the end!

“Another thing we have to be careful with is the front of the car you have a driveshaft. Any contact with the wall, you may have got away with it previously. Driveshafts going into chassis is not the best thing either.”