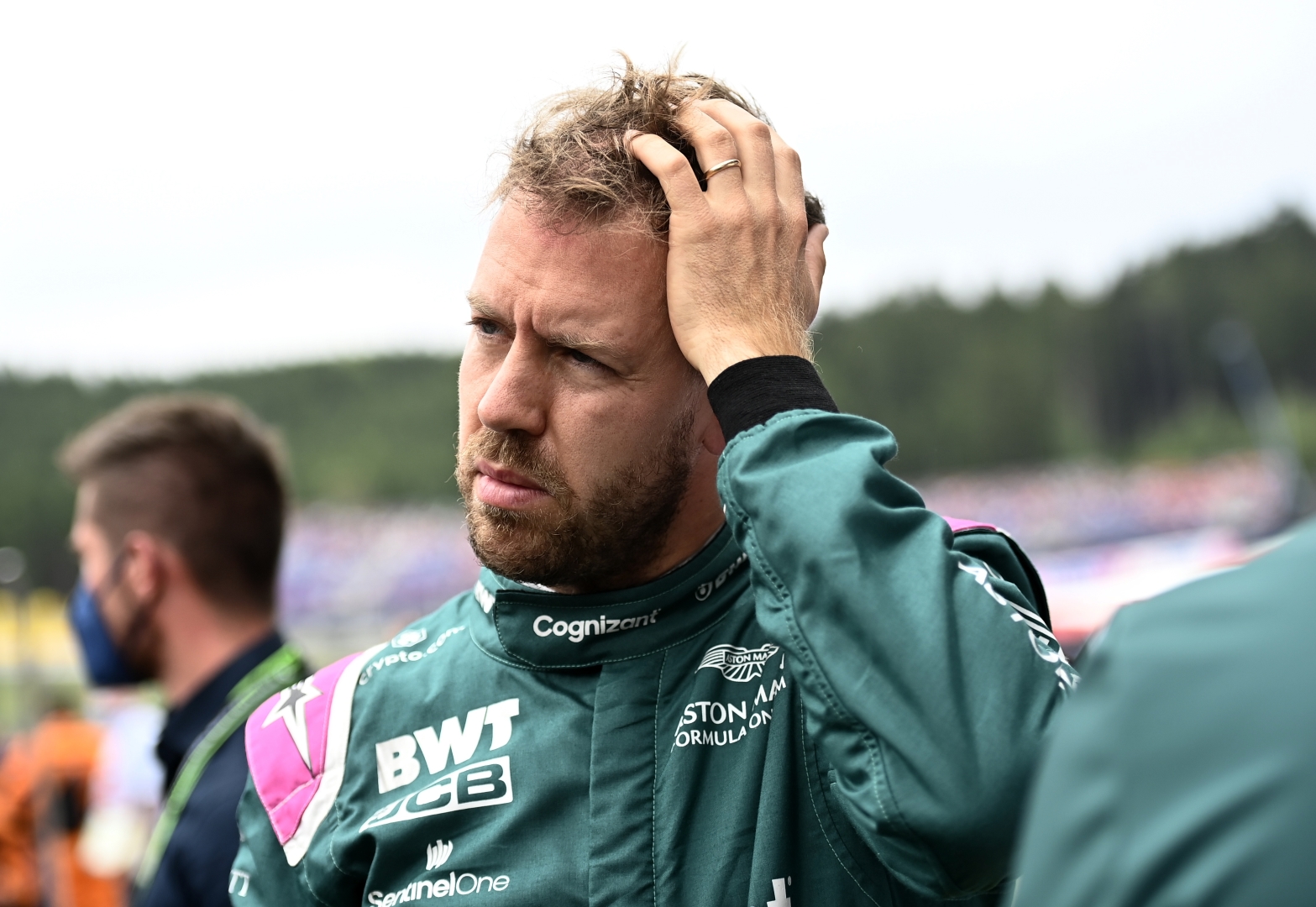 Aston Martin driver Sebastian Vettel has criticised the decision from the FIA and F1 to award points to the top ten drivers of the 2021 Belgian Grand Prix.

With the race results at the Spa-Francorchamps circuit declared after two farcical laps behind the Safety Car, the top ten classifiers were awarded half points towards both the Drivers’ and Constructors Championships. However, given that those positions were decided on Saturday rather than on Sunday, the four-time world champion has lambasted the decision despite being classified in fifth.

“That’s a joke, if you want a reward for qualifying, you should get points for qualifying straight away,” Vettel told Motorsport Magazin when asked about the decision to award points after the race.

Vettel on decision to award points after Belgian GP

“What have we already done today? I don’t know. I thought we have to drive 25 percent of the race to get points.”

The former Ferrari driver did however believe that the conditions were too dangerous and that cancelling the race would have been the appropriate decision.

“Nobody wants someone to get injured,” Vettel continued.

“We don’t want to get injured in the car and we also don’t want spectators to get injured. That is always priority number one. Maybe this is not a popular decision, but under these conditions the right decision.

“We’re a bit at the mercy of things. You just can’t see anything. I was in the front field, fifth, and had a struggle to see something. And the further back you are, the worse it gets , but even with me there was nothing to be seen on the straights.

“You can’t get rid of the spray, it’s impossible. That’s just the way the cars are, they pull the water out of the asphalt.”

Despite his stance, the German driver was empathetic to the plight of the fans who endured a dreadful afternoon waiting for any form of on track action to take place.

“That is of course a big disappointment,” Vettel remarked.

“After all, we were dry and warm. But I already felt sorry for the people during the driver parade. It is of course bitter and extremely unfortunate that they have been sitting there for three hours on the stands and slopes. A real anti-climax.”

The FIA’s race director, Michael Masi, will have a lot of questions thrown at him over the course of this weekend’s Dutch Grand Prix. While the safety of the drivers is no doubt the primary concern, the decision to stage two laps just to have a classification is no doubt a controversial move.

Irrespective of whether or not the fans are refunded for the event, the FIA’s decision appears to be financially motivated as the record books will now state that a race has taken place. This implies that Formula 1 has so far honored its commitment to stage 12 races so far this season, despite the fact that this past Sunday saw no proper on track action.

With more races being added to an ever expanding calendar, perhaps it is time to consider trimming the schedule in order to account for unforseen circumstances such as what happened this past weekend.