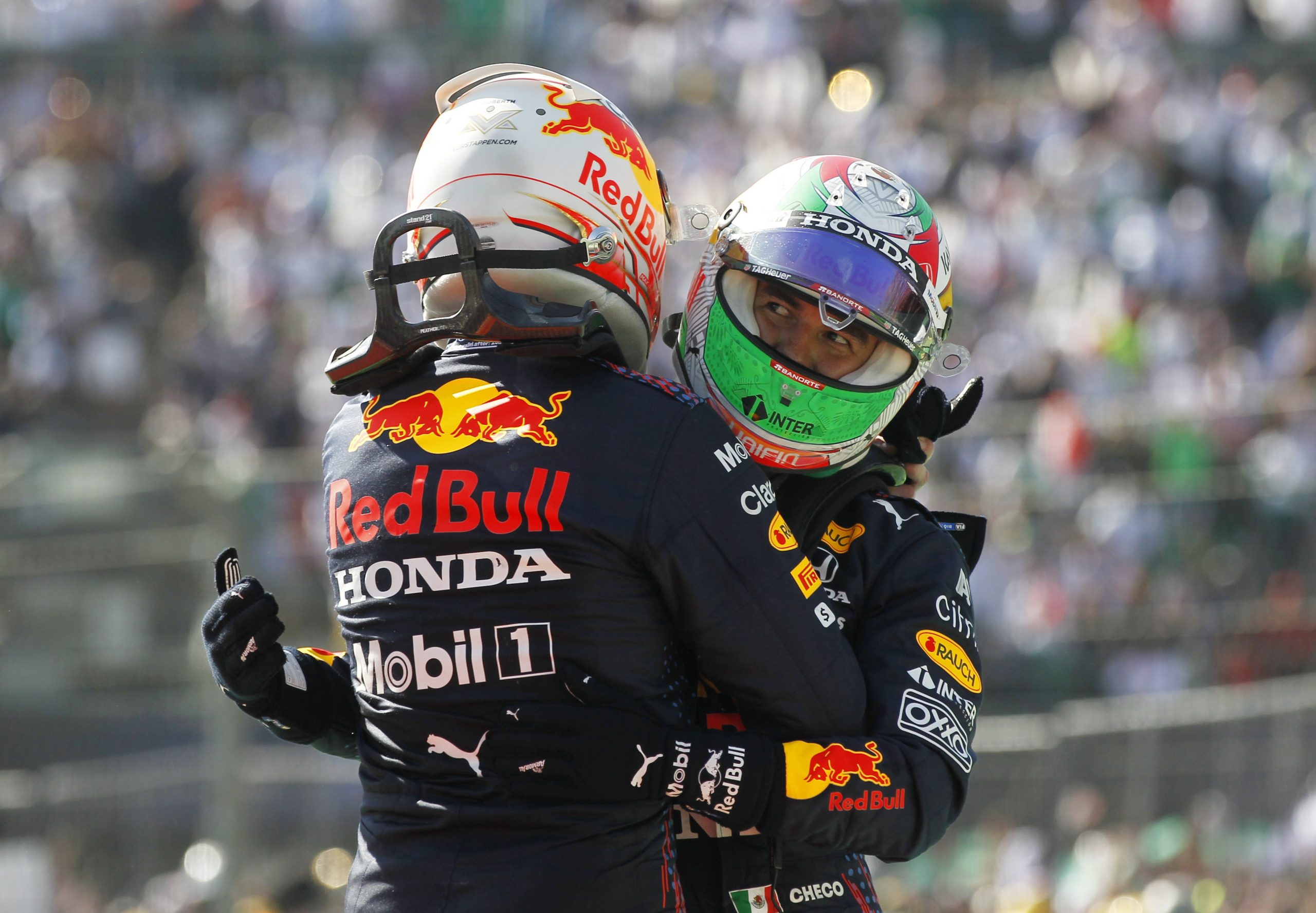 Max Verstappen has pulled out a 19 point lead in the 2021 Formula 1 Drivers’ Championship as the Dutchman secured his second race win in a row at the Mexican Grand Prix.

Valtteri Bottas took a shock pole position for Mercedes in qualifying ahead of teammate Lewis Hamilton as Red Bull struggled to get their widely-tipped car into the ideal window on Saturday, but Verstappen made the most of the long straight off the starting grid at the Autodromo Hermanos Rodriguez to go around the outside of the Silver Arrows and take a lead he would never relinquish.

“It was nice three wide and it was all about just trying to brake as late as you can,” Verstappen said. “I kept it on the track, came from third to first and that was basically what made my race because I could just focus on myself, and we had incredible pace in the car.

“There’s still a long way to go [in the championship]. It’s of course looking good but also it can turn around very quickly. I’m looking forward to Brazil, I also have very good memories there.”

The Mercedes pair had a decent start from the front row of the grid, but the Red Bulls closed them down with the slipstream on the run into Turn 1, with Verstappen ultimately going around Hamilton and Bottas after braking later, securing the front spot before the safety car came out to the numerous cars which collided or spun at the first corner were cleared away.

From that point the Dutchman never looked back, pulling out a 3.5 second lead over Hamilton in second by Lap 10 after nailing the safety car restart and going on to finish the race 16 seconds ahead of his championship rival and taking more valuable points into the next race in Brazil.

Heading into the closing stages Perez began to steadily hunt down Hamilton, with the Mexican consistently lapping faster and the Mercedes struggling with cooling issues in the hot and thin air as he worked past the backmarkers, but he was unable to give the raucous home fans the picture-perfect they craved as he came home in third.

Pierre Gasly captialised on a strong qualifying for AlphaTauri by navigating the early chaos to finish the race in fourth, ahead of the Ferrari pair of Carlos Sainz and Charles Leclerc, while Sebastian Vettel put in a good performance for Aston Martin to come home in seventh.

Alfa Romeo had something to cheer with points from Kimi Raikkonen in eighth, ahead of the Alpine of Fernando Alonso who bounced back from retirement in the US Grand Prix last time out in ninth, while Lando Norris drove from the back of the grid after taking an engine penalty to take the last of the points positions.

The run down to the first corner at Mexico is the second longest on the F1 calendar after that at Sochi, and the setup provided plenty of drama this year once again in a hectic start to the race, with multiple collisions forcing drivers back down the field and a few retirements.

The most consequential for the title battle was Daniel Ricciardo’s lock-up which caused him to tap the backend of Bottas and send the Finn spinning around, pushing the Mercedes down to the back of the grid and taking the McLaren with him after Ricciardo was forced to pit for a new front wing.

Yuki Tsunoda was also caught up in the chaos and spun at the race start, forcing the Japanese driver to retire alongside Haas‘ Mick Schumacher.

Leclerc was one of the beneficiaries of the chaos as he came out ahead Sainz who had started ahead, but the Monegasque was ordered later in the race to swap positions with his Ferrari teammate.

Bottas and Ricciardo would go on to battle through the middle of the race after both opted to pit for hard tyres following their early coming together to run long, the Australian managing to keep the Mercedes at bay for a number of laps- the Finn’s day underscored by a 12-second pit stop later in the race which put paid to any hopes of a recovery.

However, he did manage to steal fastest lap from Verstappen after pitting for the soft tyres in the final laps of the race, but will not take any points after finishing 15th.

In the midfield battle, wrested back third place in the Constructors’ Championship from McLaren even as the British team managed some damage limitation with Norris’ charge through the field to finish 10th.