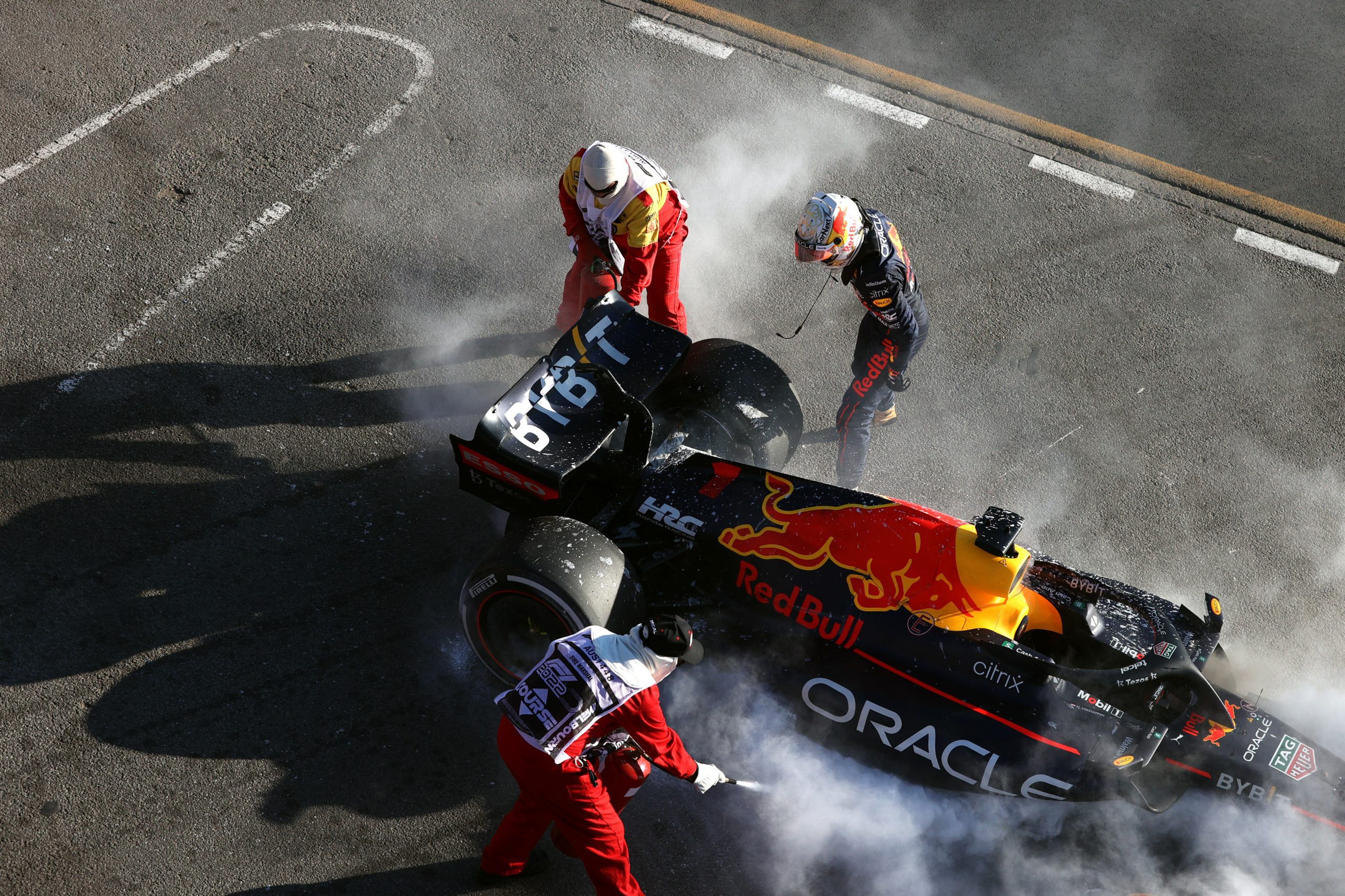 Max Verstappen has admitted that Red Bull look to be some way behind championship leaders Ferrari after he was forced to retire due to issues for the car at the Australian GP for the second time this season.

The world champion pulled over on Lap 39 while running in 2nd, but he had struggled to keep pace with Charles Leclerc throughout the race as the Ferrari was able to pull out significant gaps even as multiple safety car periods offered opportunities for Verstappen.

Concerns were raised about Red Bull’s reliability after the Dutchman and teammate Sergio Perez both retired in the opening race of the 2022 F1 season in Bahrain, and those worries were in full focus again after another retirement in Melbourne for Verstappen.

Speaking to Sky Sports F1 after the race, Verstappen admitted that he isn’t even thinking about a second championship bid given the gulf between the performance of Red Bull to Ferrari after the first three races and the ongoing reliability issues.

“We’re already miles behind. I don’t even want to think about a championship right at the moment, the thing that is more important is to finish races,” he said.

“Of course, today was in general, just a bad day, again, not really having the pace So I was just managing my tyres to try and just bring it to the end, because it looked like quite an easy P2 anyway. And I knew I could not fight Charles.

“There was no point to try and put pressure on him, but we didn’t even finish the race. So it’s really frustrating and unacceptable.”

Red Bull team principal Christian Horner said that it was still unclear why the car broke down, with the issue potentially fuel related as it was during the first race in Bahrain, echoing Verstappen’s frustration at the lack of reliability and pace in the car.

“That was a really, really disappointing result not to finish the race. We don’t know what the issue is yet, I don’t think it’s actually engine related. I think it might be a fuel issue. But we need to get the car back to be able to look at what’s exactly happened,” Horner said.

“As Max said, we didn’t have the pace to race Charles today, they were in a league of their own. But frustrating not to be bagging those points.”