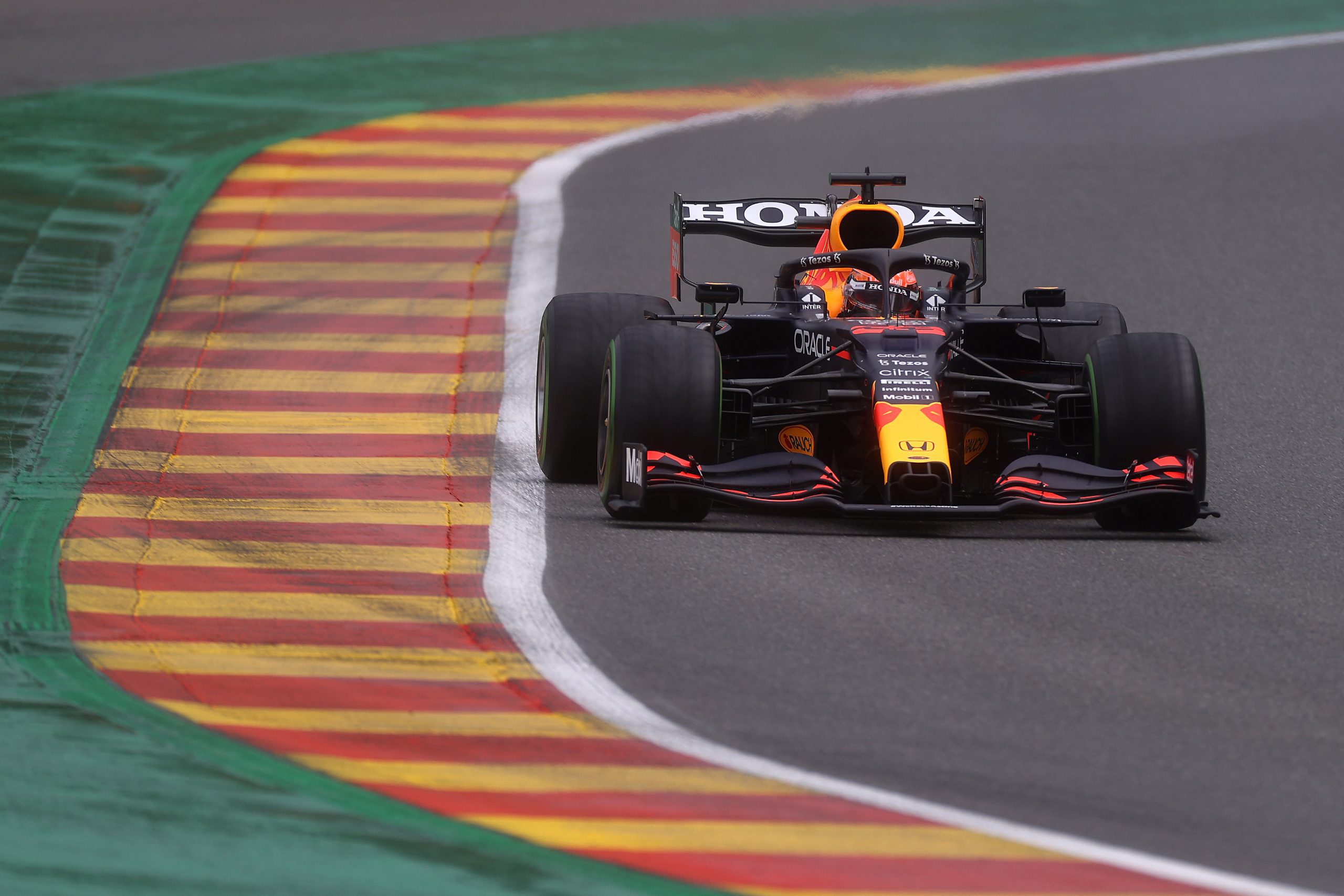 Max Verstappen navigated a sodden Spa-Francorchamps track to put Red Bull on pole position for the Belgian Grand Prix in a challenging qualifying session which was delayed due to adverse weather conditions and saw McLaren’s Lando Norris endure a heavy crash on the exit of Raidillon.

Conditions were volatile throughout qualifying, with the track drying up from Q1 to Q2 and times falling accordingly before the heavens opened again in the final session in a typically sodden afternoon in the Belgian countryside.

Up to that point Norris had put in another sterling session for McLaren, carrying over his form from the first half of the season to the Ardenne Forest as he topped the timing charts in Q1 and Q2 ahead of the Mercedes and Red Bulls.

Norris had complained to his team on the radio of significant standing water on the track just moments before the incident, where his attempts to correct a spin coming through Eau Rouge and Raidillon led to his car losing grip, as had Sebastian Vettel who made his feelings about the decision to go ahead with the session abundantly clear over team radio following the crash.

George Russell pulled out an incredible final lap on a new set of intermediate tyres right at the end of Q3 to put his Williams on the front row of the grid and P2, one of the team’s best qualifying results in years.

The Williams pair of Russell and Nicholas Latifi both made it through to Q2 after a bold strategy call to go out on the soaked track in intermediate tyres while others began the session on the wets paid off, putting their cars fifth and eighth fastest respectively in Q1.

Mercedes were forced to use two sets of intermediate tyres in Q2 as Sir Lewis Hamilton and Valtteri Bottas struggled to secure their spot in top ten, but the pair managed to slot in behind Norris to get through to the final session in second and third respectively.

Hamilton had looked in a strong position to claim pole position in Q3 as he set the first fastest lap of the session, but was only able to qualify in third overall behind championship rival Verstappen and potential future teammate Russell.

Bottas was eigth overall behind the McLaren of Daniel Ricciardo, Sebastian Vettel in the Aston Martin, Pierre Gasly’s AlphaTauri and the second Red Bull of Sergio Perez, but the Finn will have to start tomorrow’s race from 13th after taking a five-place grid penalty for his role in the first lap crash at the last race in Hungary.

Ferrari had a disappointing start to the second half of the season, with both knocked out in Q2 as Charles Leclerc was pushed into 11th by Esteban Ocon, while Carlos Sainz could only manage 13th.