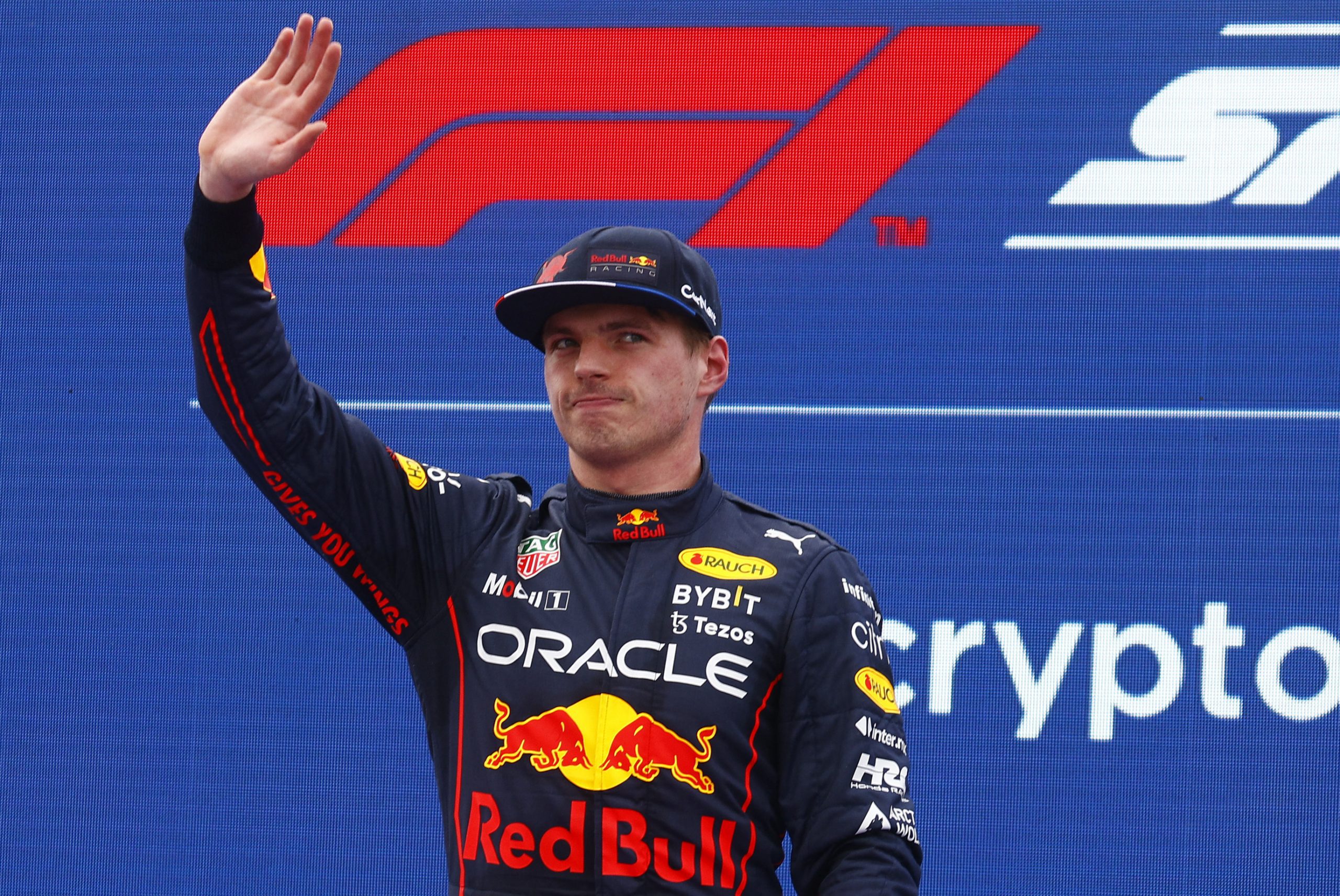 Poor Ferrari tyre wear and a lot of patience helped Max Verstappen to victory at the 2022 Emilia Romagna GP Sprint Race, after a poor start saw the Red Bull leapfrogged by Charles Leclerc at the start.

Verstappen, who was on pole for the first F1 Sprint of the 2022 season, couldn’t match Leclerc’s pace of the line and settled into second behind the Ferrari, but the Dutchman closed the gap to Leclerc in the final five laps, eventually getting within DRS range and making the overtake on Lap 19.

“When I let the clutch go, just got a lot of wheelspin and no traction, so my start was very, very poor,” Verstappen told the press after the F1 Sprint.

“Then, after the Safety Car restart, it seemed like initially Charles was very quick, and he was actually pulling away a tiny bit, lap after lap. At one point, the tyre deg cam into play and it seemed like from that point on I could actually then close the gap again.

“Charles was definitely struggling more with the graining. Then, I could close up and use the DRS to get by. But I think it was just a bit of a waiting game, because on every lap it seemed like the gap between the two cars was getting bigger in terms of a lap times.

“It’s very tricky, once you get around that one second window, to get super close

“Of course, with these cars, it is better to follow, but it’s still very hard to pass because you still need to use up your tyres, and especially with the deg we had on the softs, getting in that DRS window was hard.

“But then once I got into it, I think on the second attempt, we had a good little battle into Turn 2, but clearly we had a bit more pace at the end of the race.”