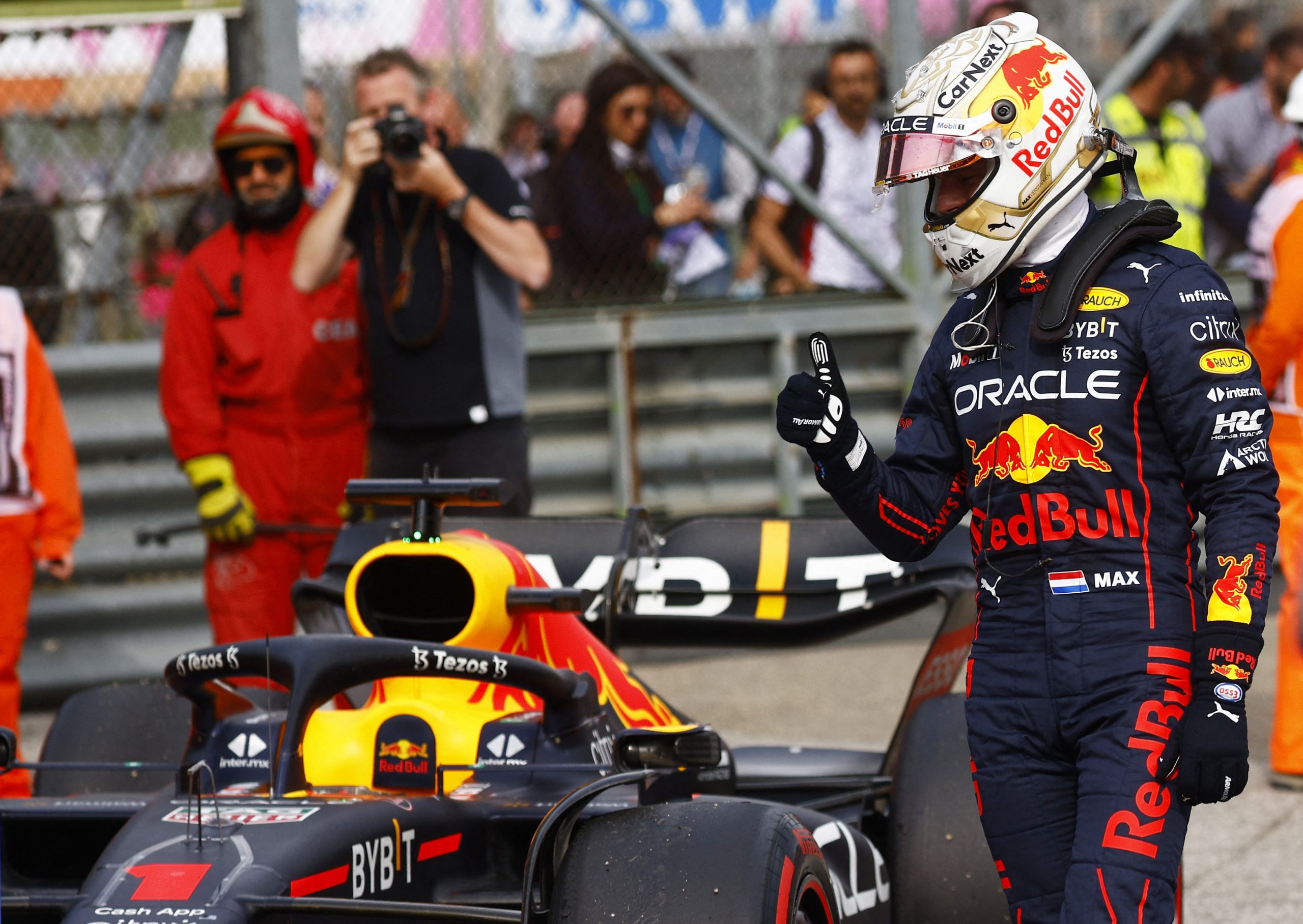 A resilient Max Verstappen managed to make amends for a poor start to jump Charles Leclerc late in the Emilia Romagna GP F1 Sprint Race to take victory at Imola.

Leclerc had a lightening start and had his Ferrari ahead of pole sitter Max Verstappen by the first corner, though there was a Lap 1 Safety Car as Pierre Gasly and Guanyu Zhou came together with the Alfa Romeo driver ending up in the wall.

At the restart there was nothing Verstappen could do as Leclerc pulled out a one second lead on the Red Bull, keeping the Dutchman out of the DRS zone. That was until the final five laps when Verstappen got himself on the gearbox of the Ferrari with Leclerc struggling for grip.

Then on the second to last lap Verstappen used DRS on the main straight to take the lead of the race and the victory.

“The start was very bad,” Verstappen said after the F1 Sprint. “I don’t know exactly what happened but after that we had to stay calm.

“Initially it looked like Charles had more pace but I think he ran out of tyres and I was able to close the gap. I know tomorrow will be different. Happy to have a clean sprint race in the end.

“I am happy about today but I know tomorrow – with other tyre compounds coming in – it will be different.”

Kevin Magnussen, who had started fourth, decided to go with the medium tyre whereas all the cars around the Haas were on the softs, which meant the Dane slipped down the order.

Two beneficiaries of Magnussen’s poor tyre choice were Carlos Sainz and Sergio Perez in the Ferrari and Red Bull, respectively, as they both managed to get their cars up to fourth and third.

The Haas driver eventually finished eighth ahead of Fernando Alonso in the Alpine, and his teammate Mick Schumacher.

Another Sprint Race in Italy and another good performance from Daniel Ricciardo, who took his McLaren to sixth place, just behind his teammate Lando Norris with the just the two Ferrari and Red Bull cars ahead of the pair.