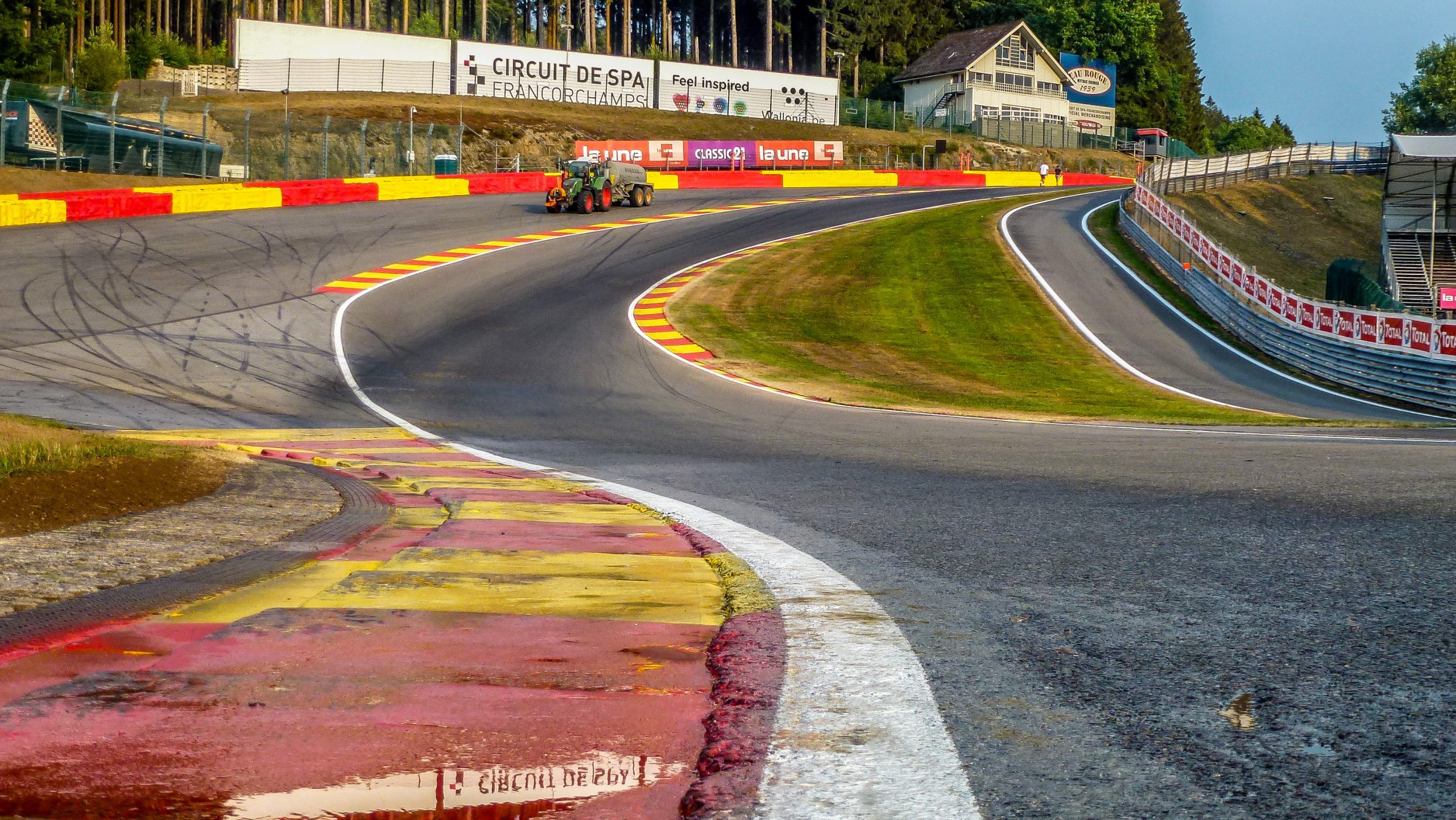 Some motorsport venues are just that little bit more special than your average race track. Every racing driver shares the common ambition of winning, but they also adore the challenge of a great circuit.

Great tracks create exciting racing and give the best drivers and riders the opportunity to stand out against the rest of the field.

It’s no coincidence that the best tracks also deliver memorable moments which fans love to look back at and the circuits in our list would light up any motorsport series’ calendar.

Sebring is one of the most brutal race tracks in the world. The cars get tortured by the rough surface, which used to be the landing strip for planes during World War II.

Circuit designers wouldn’t even think about making a track like Sebring nowadays, which makes it unique. Modern racing cars are robust but Sebring will provide the ultimate test to see how strong your vehicle is.

The venue is most famous for the Sebring 12 Hours, which some say is tougher than the 24 Hours of Le Mans due to the bumps and tight nature of the track that the drivers have experience lap after lap.

By far the newest track to feature on our list is the Baku City Circuit. Baku joined the Formula 1 calendar in 2016 and the first race was rather dull.

However, the Azerbaijan GP has since produced some thrilling moments. Daniel Ricciardo‘s extraordinary victory in 2017, amid controversy between Lewis Hamilton and Sebastian Vettel when the latter drove into the side of the Mercedes driver on the safety car restart, set the tone for future races in Baku.

The long flat out 2.2km section from Turn 16 gives the drivers a big opportunity to slipstream the car in front and make a brave overtake into Turn 1.

Qualifying is exciting too because the drivers usually run low downforce rear wings, so they are right on the limit in the tight, twisty corners, with the walls waiting to punish anyone who makes a mistake.

Laguna Seca is an iconic motorsport venue in America. It’s a very technical track which features one of the most famous corners in the world – the Corkscrew.

It’s the area where Alex Zanardi lunged down the inside of Bryan Herta on the last lap of the 1996 CART race to take the win thanks to an outstanding overtake.

The track is short, at just 3.6km, but has huge elevation changes which gives it character. MotoGP fans will remember the epic battle between Valentino Rossi and Casey Stoner which shaped the relationship between the two riders.

If this list was made at the start of the century, Spa-Francorchamps would be higher in our top 10. The Belgian track has lost its cutting edge due to the increasing amount of run-off which has been implemented to improve safety.

Nevertheless, it still creates great racing for any motorsport category. Whilst Eau Rouge and Blanchimont have become easily flat for F1 cars, it’s still a mighty challenge for other single seater series and the numerous GT championships.

Battles can go on for consecutive corners and fans from around the world flock the Ardennes to witness racing cars travelling at high speeds whilst in close combat.

The home of British motorsport has played host to every major championship at some point over the years. Silverstone is a fast, flowing circuit with iconic corners such as Copse, Maggotts, Becketts and Stowe.

There have been so many memorable battles in various motorsport series in the last 10 years alone. The 2015 Six Hours of Silverstone, an event in the World Endurance Championship, saw an epic race-long duel between the leading Audi, Porsche and Toyota. It was racing at its very best.

Marc Marquez and Jorge Lorenzo treated fans to one of the greatest MotoGP battles ever as the lead changed three times during the final few corners of the race. Due to the nature of the track, numerous bike races at Silverstone end with a tiny margin separating the leaders.

In F1, Max Verstappen and Charles Leclerc went head to head with one of the best modern battles the sport has seen. It was hold your breath stuff as two young drivers put everything on the line in their fight for the podium.

Whilst Suzuka doesn’t offer the same opportunity to have close racing corner after corner, the Japanese venue is one of very few F1 tracks which have hardly changed since its first Grand Prix in 1987.

It’s a demanding circuit with a beautiful Esses section which sees the drivers dance from right to left like a slalom skier. Keeping the momentum to ensure you stay on the racing line so you can put your foot hard on the throttle through the Dunlop curve is critical.

Then comes the trick Degners where the drivers can easily get drawn into carrying too much speed, to go wide and end up in the gravel trap.

Suzuka is a magical race track and F1 has badly missed their annual visit to Japan due to the ongoing coronavirus pandemic.

The best track in the United States is a venue which isn’t used by many major motorsport championships, but it’s the top American circuit on our list.

Located in Wisconsin, Road America is one of just a few tracks across the world which has not had any changes to its original configuration when it began hosting events in 1955.

The long straights provide a great opportunity to go side by side or to lunge down the inside of your rival in the braking zone. There is very little room for error, particularly at the Carousel and the Kink, where drivers have made small mistakes which have led to some big accidents.

In 2012, the American Le Mans Series’ annual endurance race at Road America saw a highly intense battle for the win between Guy Smith and Lucas Luhr.

After a hard-fought pursuit, Luhr dived down the inside of Smith at the final corner on the last lap, only to get outdragged to the line with one tenth of a second splitting the pair at the finish line.

The Circuit de la Sarthe is the host of just one event each year, but it’s a big one – the 24 Hours of Le Mans.

Over 80 percent of the 8.4km lap is taken at full throttle and it’s difficult to find a rhythm due to the long straights. Spotting the perfect braking point is not easy, especially when racing another driver.

Minor adjustments have been made to the French track, including the addition of two chicanes on the Mulsanne Straight. The chicanes have improved the racing as the drivers have to choose how much they want to risk it in the braking zone and can slipstream their rivals to mount an attack.

At the end of the lap is the Porsche Curves, a parallel to Suzuka’s Esses, except the speeds are even higher. It truly is a magical venue.

Mount Panorama, more commonly known as Bathurst, is by far the best track in Australia and some believe it’s the greatest circuit in the world.

Every driver who has raced at Bathurst are in awe of the elevation change and the high speeds of racing up and down a mountain. Keeping your minimum speed as high as possible through Reid Park, McPhillamy Park and Skyline is a real test, and the camber invites you to just push that little bit harder every time you approach these corners.

If the drivers run a few inches too wide, they’ll soon find a concrete wall or a deep gravel trap to bring their day to an early end.

Conrod Straight and Mountain Straight aid overtaking opportunities, and the track is brutal on the brakes due to the consecutive heavy braking zones.

It’s difficult to find the right words to describe the Nordschleife. The legendary track was nicknamed The Green Hell by two-time F1 world champion Jackie Stewart due to the relentless nature of the circuit.

There are 154 terrifying corners to deal with over 20.8km and it’s like driving a rally stage. The track is incredibly quick and there are no run-off areas, with a metal armco barrier waiting for the drivers to make a mistake.

If there’s any track where you want to have no car issues or a nice balance, it’s the Nordschleife. While its use has slowly diminished for major racing categories, the memories of old will remain etched in motorsport fan’s minds.

The history, the danger and the shock factor it gives the drivers makes the Nordschleife the number one race track in the world.