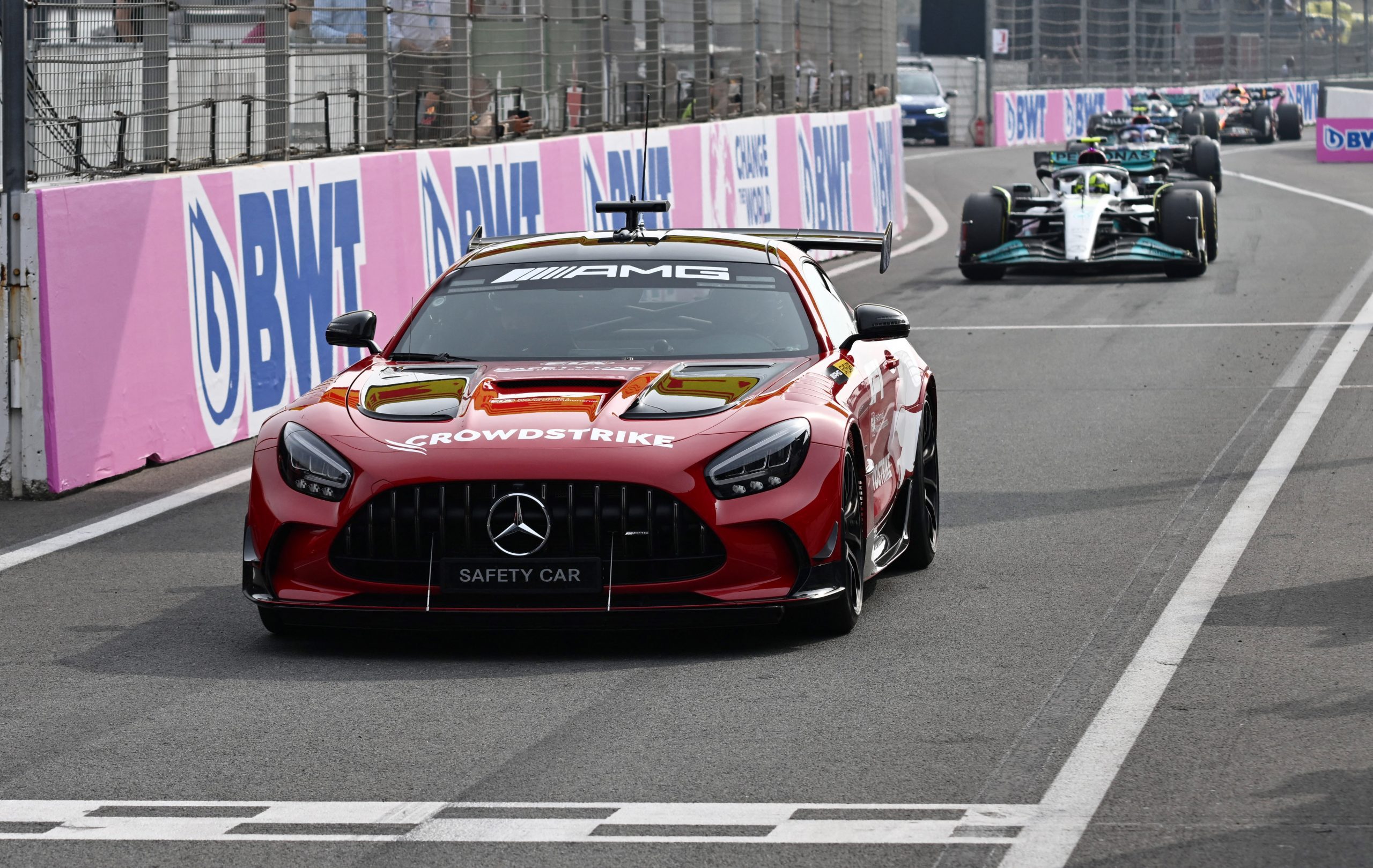 When the FIA announced changes to how races would end under the Safety Car in the wake of the 2021 Abu Dhabi Grand Prix, many hoped that a repeat of that controversial night would never happen again.

But fast forward 10 months since that controversial climax to the 2021 season, and Pandora’s box has been opened again after a controversial ending to the 2022 Italian Grand Prix when Daniel Ricciardo’s in-gear McLaren caused the race to finish behind the Safety Car.

A series of missteps by the FIA, including picking up George Russell instead of eventual victor Max Verstappen, a lack of haste to get lapped cars back on the lead lap, and the slow removal of Ricciardo’s car.

This culminated in fans booing the drivers across the finish line with team managers and drivers alike expressing their displeasure at the way the race ended.

With an FIA meeting taking place the day after a rather dull finish to a relatively uneventful race, fans, drivers, and pundits alike have already offered solutions to avoid a replica of the Monza impasse.

Seven-time World champion Lewis Hamilton was one of those who suggested an alternative as he feels that races should be extended instead of ending them under the safety car.

This concept already exists in NASCAR with the overtime rule, whilst the green/white/chequered flag, which gives drivers a chance of a two-lap dash to finish the race, has been suggested as well.

“I mean, what’s the harm in extending it?” said Hamilton afterwards. “Naturally, as a racer, you want more time.”

The biggest argument against extending races is that cars only have enough fuel to complete the scheduled race distance.

That would mean the final two-three laps of the race would become an economy run as drivers will be forced to save fuel or risk retiring from the race, losing valuable World championship points.

A solution that the FIA would be wise to try out for 2023 could be closing the pits during the safety car period.

A system similar to this is already in place in IndyCar, although the series does open the pits to allow cars to come into the pits, albeit under extreme circumstances such as damage or no fuel.

Formula 1 has a similar rule for when a red flag is brought out, with teams allowed to make a free tyre change or repairs during the stoppage.

Formula 2 introduced a similar change to its Safety Car procedures at the 2022 Dutch Grand Prix meeting, with drivers now being unable to complete their mandatory stop under the safety car.

Formula 1 originally dropped this rule because of cars running low on fuel, but with refuelling being banned from the sport since 2009, it might be time to reintroduce the regulation.

This would stop teams from taking advantage of a Safety Car to pit for fresh tyres, spicing up the racing and retaining the element of the strategy, which is usually lost.

An unorthodox solution to speed up Safety Car procedures could be having two Safety Cars at longer circuits, such as Spa and Monza.

This is so that the lapped cars could be picked more efficiently by a different coloured car going at a quicker pace before pulling off once the lapped cars are back up to speed.

A system similar to this has been in place at Le Mans for some time and works perfectly fine for the most part, albeit it can cause cars to be disadvantaged depending on the part of the track they’re at when the safety car peels off.

However, for more spread-out tracks, it might be wise to have the second Safety Car to avoid the final few laps of the race becoming a damp squib.

Still, for tracks such as Jeddah and Monte Carlo, the extra pace car would be unnecessary due to the tightness of those particular circuits.

So how would it have worked at Monza?

Now that the solutions have been put forward, it’s time to find out how the new rules would have worked at the 2022 Italian GP.

With Ricciardo’s car now stuck on the track, the safety car would have been told to wait by race control until Verstappen approached the Curva Alboreto.

A pack of cars led by Pierre Gasly’s Alpha Tauri would be picked up by another Aston Martin safety car on the exit of the Variante Ascari.

The eight lapped cars would then be told to pick up the pace whilst the seven on the lead lap, now unable to pit, would follow the regular Safety Car before being told to move over onto the runoff area to let the slower cars go through.

Once all eight had managed to unlap themselves, the second Safety Car would peel back into the pits.

The second group of cars would be told to catch up to the car in front, which in this case would be Lando Norris setting up a one-two lap shootout to finish the race.