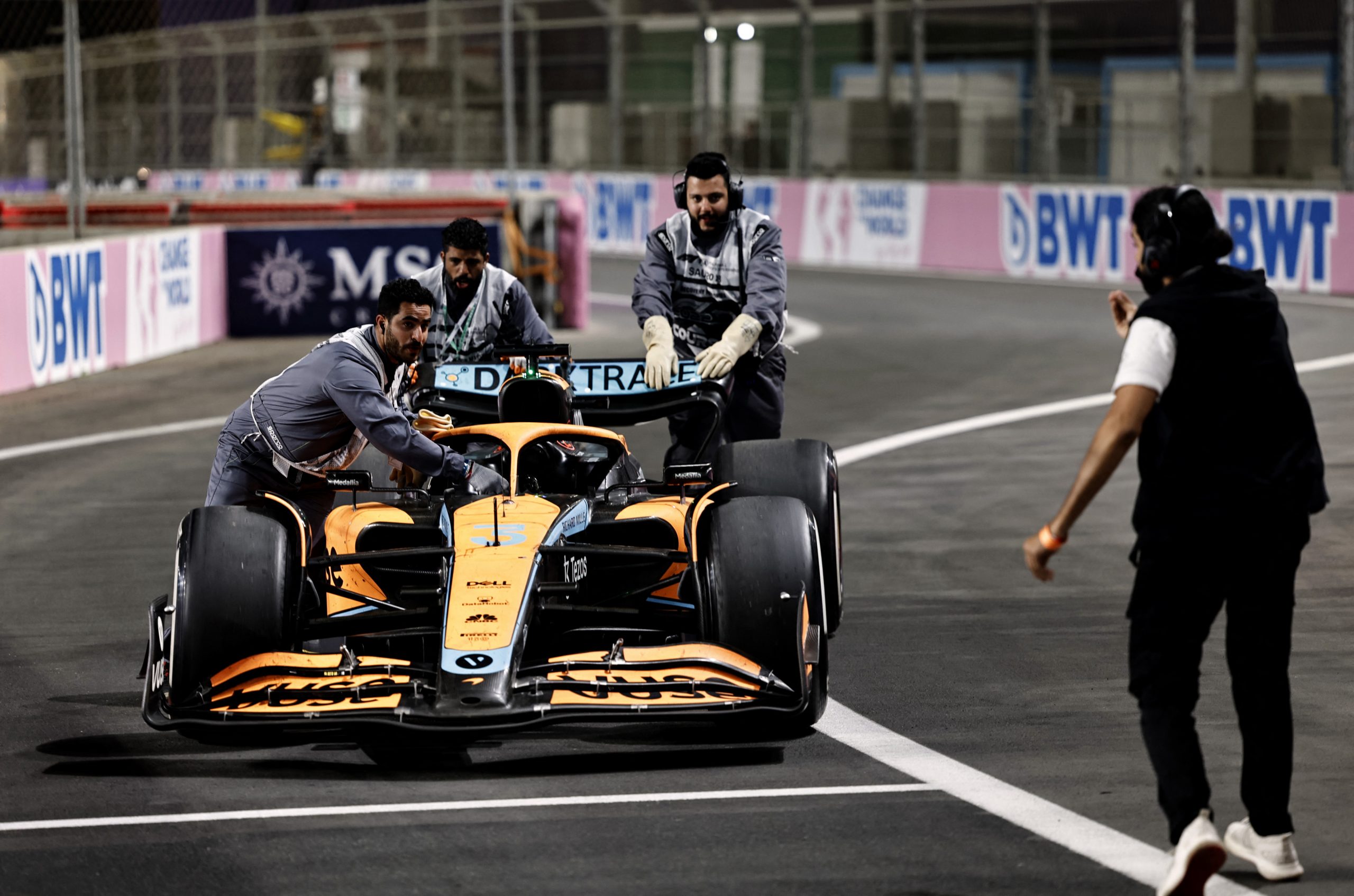 Formula 1 in 2022 has got off to a thrilling start, as Charles Leclerc and Max Verstappen went head to head in the opening events of the season. However, the Saudi Arabian Grand Prix also highlighted that F1 still has an inherent stewarding problem.

The 2021 Abu Dhabi GP will live long in the memory, mostly for the wrong reasons, as Michael Masi‘s position as race director came under the spotlight.

Masi was removed from his position prior to the start of the 2022 season, with Niels Wittich and Eduardo Freitas taking over the New Zealander.

F1’s governing body, the FIA, made it clear that overtaking and racing will be policed in a way to try and learn from mistakes made last year. Already, the new driving standards guidelines have been called into question.

Carlos Sainz was clearly unhappy on the team radio when he believed he was ahead of Sergio Perez at the white line when the pair merged at the pit exit during the safety car.

Perez gave Sainz the place back once the race restarted, rightly so because the Red Bull driver was behind his rival at the white line.

One of F1‘s new sporting regulations in 2022 is it’s up to the driver and team to decide whether they need to give a position back for instances similar to Sainz and Perez on Sunday.

Sainz questioned why Perez couldn’t give the place back before the restart because he missed out on an opportunity to potentially attack Verstappen for second place.

“We created a mess that for me is unnecessary, given the fact that we did six laps behind the safety car and there were millions of opportunities for Checo to let me by and have a good fight at the restart.

F1 have also introduced a VAR system for 2022 which is yet to be used in either Bahrain or Saudi Arabia. The Perez and Sainz incident would have been perfect to trial this system which is set to provide support to race control.

“If I would have get passed by Russell for example, what would we have done and would Checo have had to let by Russell and me, which would have been tremendously unfair for him too,” continued Sainz.

“Or then Checo doesn’t give me back the position because there’s Russell in between me and him and it’s tremendously unfair for me.”

Alex Albon was handed a three-grid place penalty and two penalty points for his collision with Lance Stroll during the latter stages of the Saudi Arabian GP, which seems very harsh.

“Car 23 [Albon] was attempting to overtake car 18 [Stroll] on the inside by braking late,” said the stewards.

“In executing the overtaking manoeuvre, car 23 locked up and collided with car 18 at the apex of the corner. We determined that car 23 was wholly or predominantly to blame for the collision.”

The only reason Albon locked up was to try and avoid Stroll, who didn’t leave any room. At most, the collision was a racing incident because Albon was fully in control of his car and was entitled to some space.

Albon stopped his Williams in the middle of the track, triggering double waved yellow flags at the high speed Turn 6. Perez, Sainz and Kevin Magnussen were all initially investigated, before being cleared of any wrongdoing.

In Sainz’s case, he barely lifted off the throttle and slowed down by approximately one tenth of a second. Given that double waved yellows mean that a driver should be prepared to stop, the stewards perhaps should have come down harshly on the drivers to set a precedent.

Why no second safety car in Jeddah?

When Daniel Ricciardo came to a halt at the entry of the pit lane, the consensus was that a safety car would be called. Fernando Alonso also stopped just moments after Ricciardo at the pit lane entry, yet only a VSC (virtual safety car) was required according to race control.

It took far too long to close the pit lane and bring out any type of safety car, something that happened at the 2021 Azerbaijan GP to the frustration of Charles Leclerc who was one of several drivers to speed past a stricken Max Verstappen in Baku. At the time, Leclerc called it a joke.

The drivers drive to a delta under VSC conditions, braking and accelerating hard to maintain tyre temperature. At some points of the track, they will still be doing at least 200km/h, so it was a surprise to not see the full safety car.

Jeddah isn’t exactly the widest track in the world either, which leads to the question of why it took so long to call for the VSC, and why was the full safety car not needed. Surely, it would have been safer for the marshals to push Alonso‘s and Ricciardo‘s cars to safety without drivers speeding by on the main straight.

Formula 2 were also racing in Saudi Arabia for the second round of their championship, and it was a weekend full of drama.

Practice and qualifying for F2 saw five red flags, one of which was for a GPS error on Frederik Vesti‘s car.

It was Saturday’s sprint race which proved controversial though as race-leader Dennis Hauger was penalised after entering a closed pit lane during a safety car period.

The drivers were initially instructed to go through the pit lane, but then the pit lane was closed which caught Hauger out. To add insult to injury, the Prema driver was awarded a 10-second stop and go penalty.

Technically, Hauger‘s penalty was deserved because the rules were broken but there was certainly a lot of unnecessary confusion which shouldn’t be happening in F1‘s feeder series.

The best referees, or race directors, or the ones who go unnoticed, but that hasn’t happened so far in F1 in this new era. Rules need to be clarified for the integrity of the sport because fans will not forgive inconsistency and wrong punishments that can have major implications in the future.