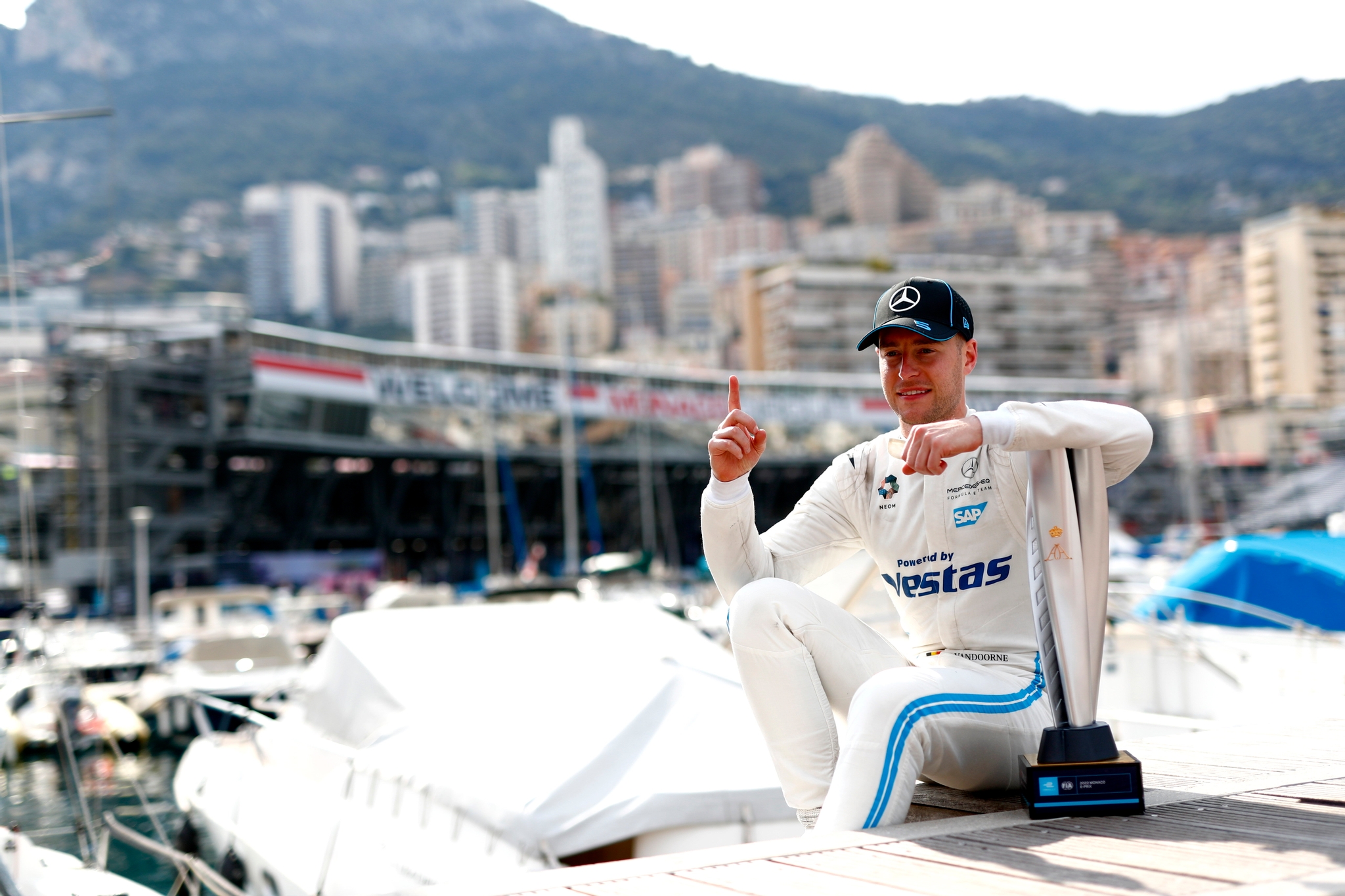 Championship leader Stoffel Vandoorne says he’s not feeling any more pressure than normal heading into the final events of the 2022 Formula E season.

Vandoorne leads the Formula E driver standings by 11 points from Edoardo Mortara, with Mitch Evans a further five points behind as the title race is set to intensify this weekend in London.

When asked in an exclusive interview by Total-Motorsport.com whether there is more pressure now with just four races remaining, Vandoorne said: “Not necessarily. We’re under constant pressure in motor racing, whether it’s for the championship or a single race.

“Every weekend you have to perform or you’re expected to perform. So I don’t think it’s not that different.

“Obviously, we’re getting towards the end and all the results now have maybe a bit of a higher stake.

“But from our side, we have just got to keep doing what we’ve been doing – trying to score as many points as possible, be consistent, finish the races and then we’ll see at the end of the season.”

The Mercedes has arguably been the most consistent car of the season with Vandoorne finishing all but once race in the points and scoring six podiums, which is the joint-most along with Evans.

The Belgian thinks his car has been very versatile and he’s eager to win the championship in Mercedes‘ final season in Formula E.

“I think we’ve been competitive in both qualifying and races, more or less,” said Vandoorne. “For sure, there’s been weekends where we’ve been maybe a bit better in qualifying and not so good in the race and vice versa.

“I think this weekend qualifying will dictate the race result a lot. I don’t think it matters a lot if you have the pace here because overtaking will just be impossible.”

Jaguar and Techeetah on the chase

Having been slightly less consistent than Vandoorne, Evans and Jean Eric-Vergne have found themselves playing catch up at the last three races.

Evans is 16 points behind and his team principal James Barclay remains optimistic about his driver’s chances.

“No one has a car advantage I would say as such,” said Barclay. “It’s incredibly close. “We’re at the business end of the championship now so it’s a good place to be in, being in the title fight.

“It’s a positive place and we’d rather be there than anywhere else so each race is really critical now.

“For sure there’s an elevated sense of importance, criticality and pressure retrace, but that’s what we do, it’s what we enjoy and to be in a position with a chance to fight for the championship is actually a positive.”

Vergne has a points deficit of 27 points to overcome, although there are still 116 points on offer and he is still yet to win a race this season.

Techeetah CEO Mark Preston thinks qualifying at the front will be decisive and didn’t rule out Antonio Felix da Costa‘s chances of winning the title either.

“It’s certainly quite tight, isn’t it!” said Preston. “I always say ‘the best strategy is have the fastest car and lead from the front’ so that’s our target.

“So I think it should be a good weekend all the way down to the wire in Seoul between the top four, and maybe five with Antonio as well.”