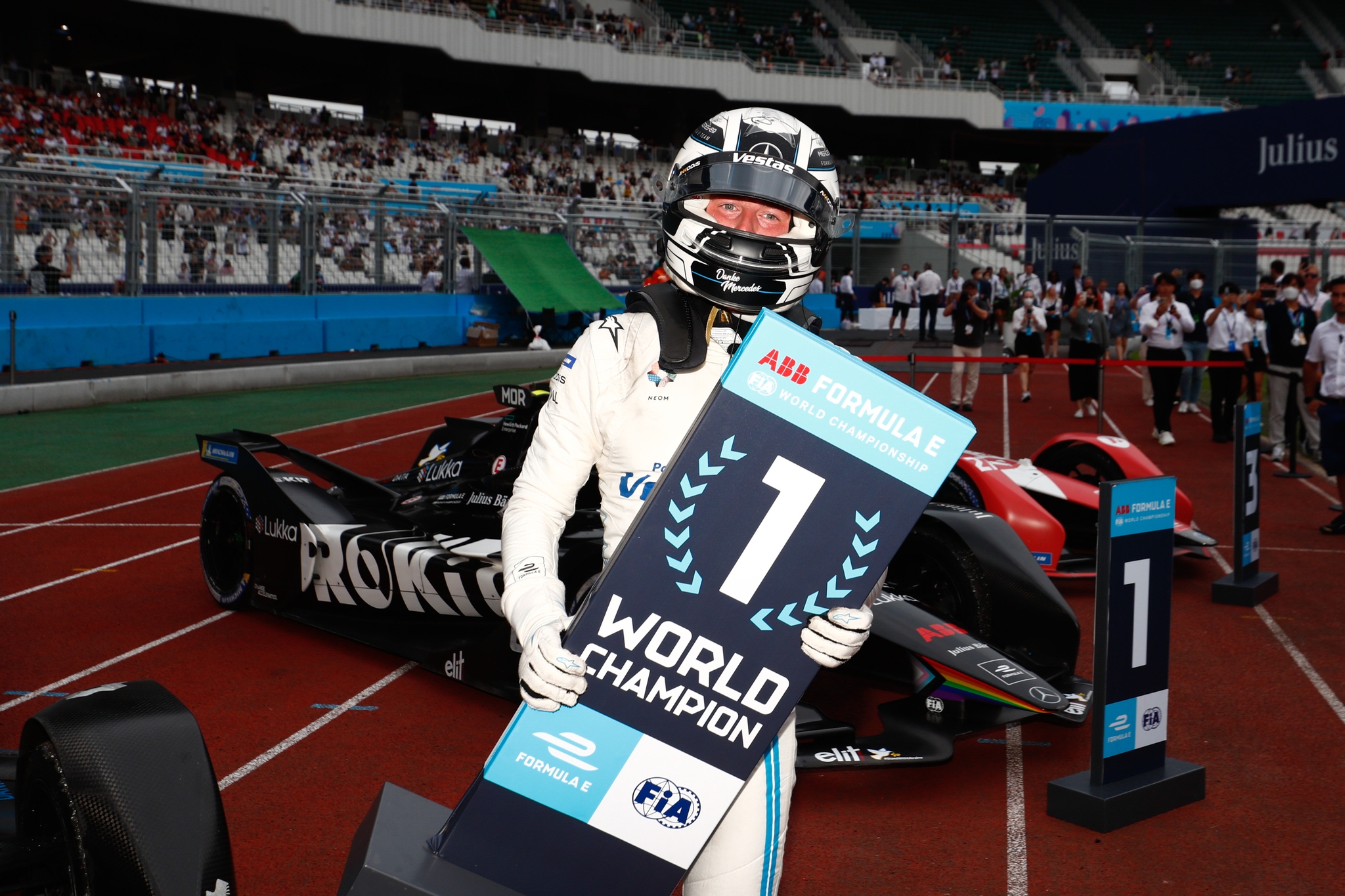 When asked what it would mean to him to win the Formula E title, “It would feel pretty damn good” was Stoffel Vandoorne‘s response to Total-Motorsport.com. Well, he’s done it and did so without any scares or mistakes, showing exactly why he is the Season 8 world champion.

Vandoorne clearly had something about him as a youngster and was noticed by the wider motorsport public in GP2.

When Formula E began in 2014, Vandoorne was making his mark in GP2 and blew away in the field during his second season in 2015. Formula 1 was an inevitability.

He made his F1 debut at the 2016 Bahrain Grand Prix, replacing an injured Fernando Alonso, and brilliantly finished 10th for McLaren.

That was pretty much as good as it got for him though in F1 as he was convincingly outperformed in 2017, when he joined McLaren full-time, and 2018 by Alonso.

The big question is why? What happened to one of the most promising young talents? It’s something Vandoorne can’t pinpoint himself and sometimes a combination of factors such as the environment, the car and the unique pressures that come with F1 perhaps contributed to the Belgian’s lack of performance.

You might say Formula E provided a lifeline for Vandoorne, but it’s just as difficult to become champion in the all-electric racing series than it is in F1, especially this season.

How did Vandoorne become champion

As is so often than case in tight, closely-fought championships, consistency is the key to success.

Vandoorne finished outside of the points just once, in Mexico City, and has finished on the podium a record eight times. In a series which is so competitive, that’s impressive.

Another key to the Mercedes driver’s title triumph was he generally made the duels so qualified in the top eight whereas Mitch Evans often had to come back through the field.

“I’ve been able to deal with the tricky moments,” said Vandoorne. “When the car wasn’t 100 percent there, I’ve still been able to extract something from it.

“We haven’t had the most highs, like Jaguar have won four races, but I’ve been there all the time and come close to race wins.”

The pressure in any motorsport championship when the climax of the season arrives is something that a driver and team can’t practice for.

Mistakes can creep in and the drivers tend to lean on the cautious side, which can lead to other errors since they are not in their usual rhythm.

Vandoorne didn’t crack at all though, finishing in the top in the final six races whilst his title rivals had their own issues. It may not have been spectacular, but to operate at such a high level was brilliant from the 30-year-old.

“It’s fantastic – the whole season has just been great,” said Vandoorne. “It’s an incredible feeling when you think about what we’ve achieved together this year.

“Thank you to the whole team for making this possible. The car was superb again today, and everyone in the team deserves this success. We have accomplished something very special together. Mitch gave everything right up until the end – he was always there.

“But in the end, consistency was the deciding factor: he won more races than I did, but I had the most podiums. As a team, we have achieved a level of consistency that has never been seen before in Formula E.”

What next for Vandoorne?

With Mercedes leaving Formula E, Vandoorne is a free agent for the 2023 season. A shock return to F1 is unlikely, even though the driver market is wide open, so Vandoorne is expected to join a new-look DS Penske team.

Only one driver has defended their Formula E title, which is Jean-Eric Vergne, and it’s the Frenchman who Vandoorne is set to line-up with next year.

The new Gen3 car could completely change the pecking order so it will take another stellar season from Vandoorne to lift the title again in 12 months time.