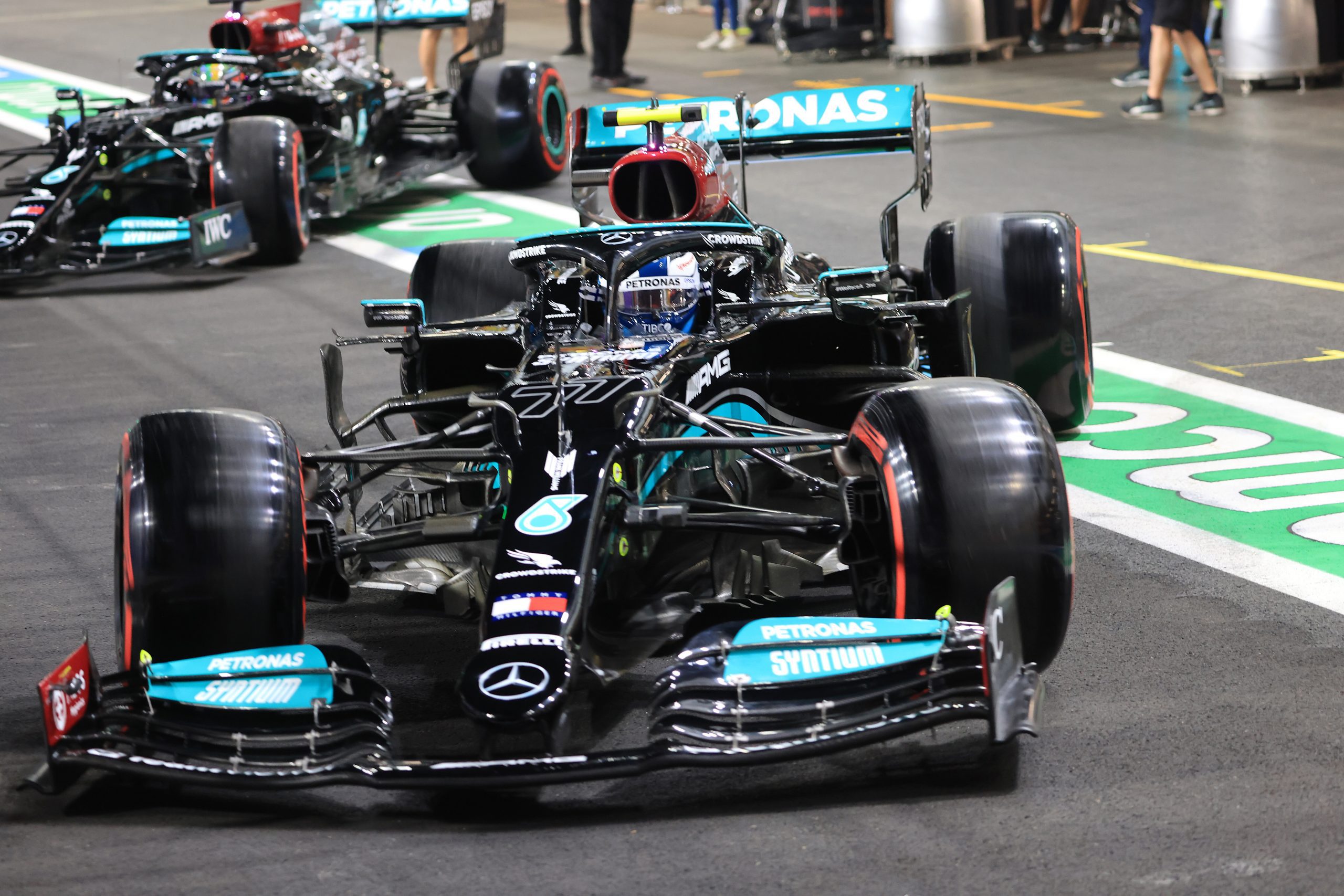 In what could be a monumental error, Max Verstappen’s final corner crash on his last flying lap in qualifying means Lewis Hamilton lines up at the front of the starting grid for the 2021 Saudi Arabian Grand Prix alongside his Mercedes teammate Valtteri Bottas.

Verstappen was almost two tenths up on Hamilton as he approached the final corner on his last flying lap of the Jeddah Corniche Circuit, only to lock up and plant his Red Bull in the wall, meaning he will start the race in third position. Should Red Bull decide to change his gearbox following the crash then the Dutchman will have a five-place grid drop.

Elsewhere, Charles Leclerc shrugged off a huge incident in Practice 2 to put his Ferrari fourth on the grid, ahead of the Sergio Perez in the second Red Bull, while Lando Norris is sandwiched between the two AlphaTauri cars in seventh place. Carlos Sainz in the sister Ferrari will start a disappointing 15th after he clipped the wall damaging his rear wing.