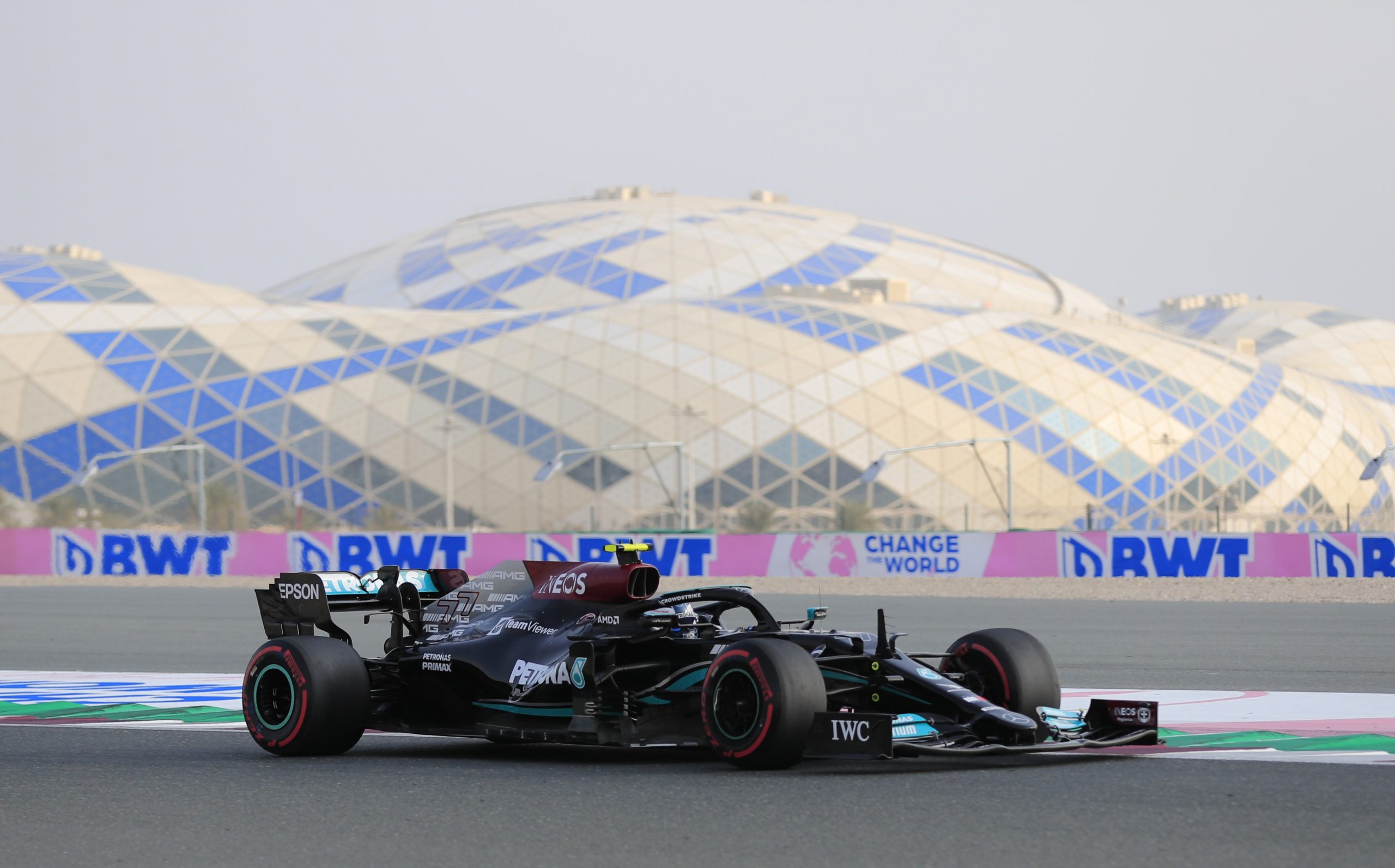 Lewis Hamilton claimed what was his just his third pole position of the 2021 Formula 1 season, with a brilliant lap of the Losail International Circuit, beating out the Red Bull of Max Verstappen by 0.455s.

With the starting grid set for the 2021 Qatar Grand Prix, Verstappen lines up beside Hamilton on the front row, with the second Mercedes of Valtteri Bottas behind his teammate in third place. The AlphaTauri of Pierre Gasly is an impressive fourth.

Verstappen could be given a grid penalty as he has been summoned to the stewards for not respecting waved double yellow flags, with the hearing due to take place on Sunday morning in Qatar. Should the Red Bull driver be found guilty of the offence, he could face a five-place grid drop. Bottas and Carlos Sainz have will also meet with the stewards for not respecting single waved yellows.

Further down the grid, Fernando Alonso managed to put his Alpine ahead of Lando Norris’ McLaren, and the Ferrari of Carlos Sainz. Meanwhile Yuki Tsonoda, Esteban Ocon and Sebastian Vettel round out the top 10.

The biggest surprises on the starting grid are Sergio Perez only managing to put his Red Bull on 11th, and Charles Leclerc being unable to get the desired performance out of his Ferrari, meaning he is in 13th position. Daniel Ricciardo had a similarly torrid time in qualifying and he will start 14th.