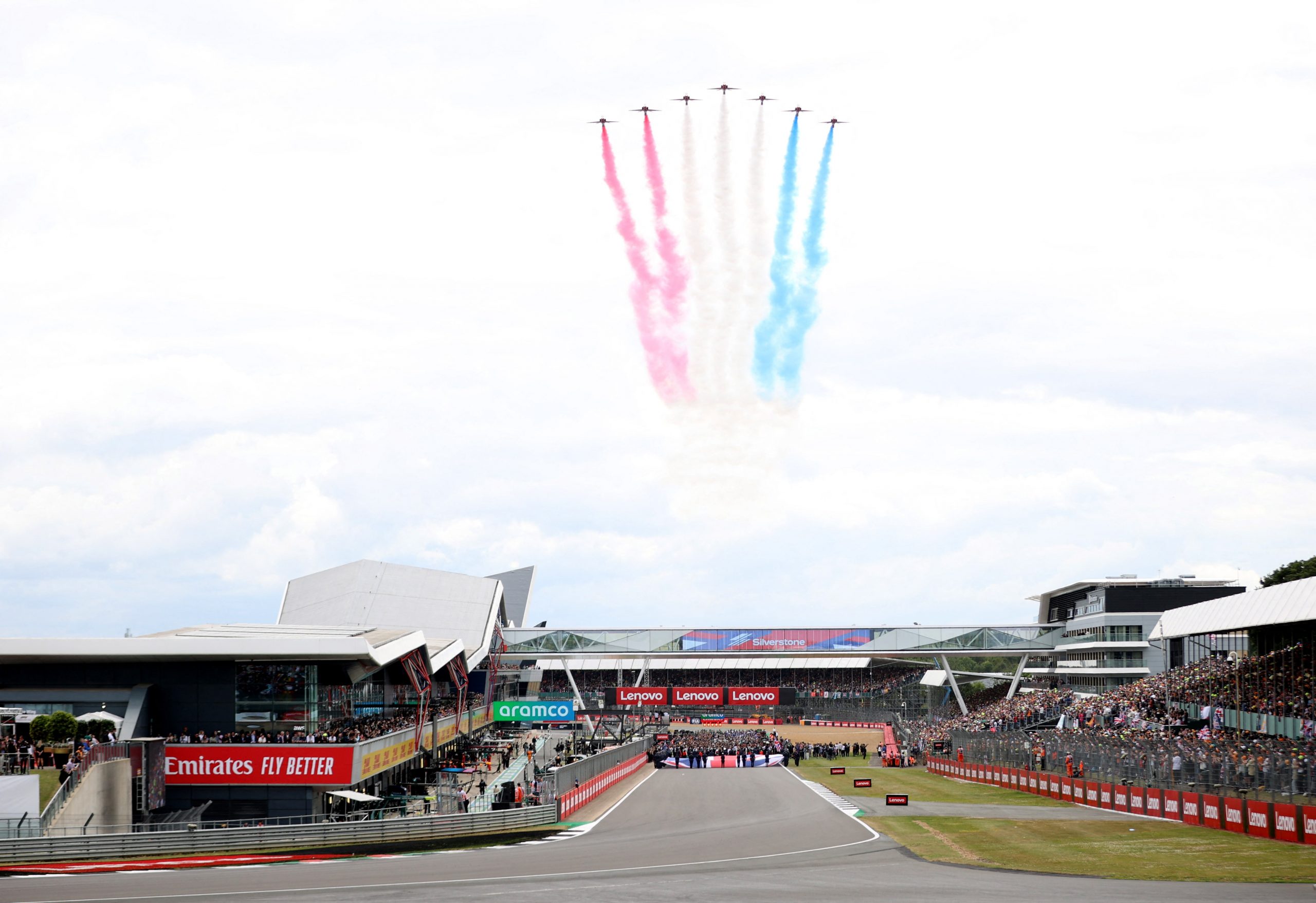 Six laps, nine overtakes between the top four, featuring drivers from three different teams – the mad dash at the end of the 2022 British Grand Prix was the perfect advert for modern Formula 1.

The best Grand Prix weekend venue on the calendar yet again delivered and the atmosphere sounded electric, although aptly for the turbo-hybrid era that electricity was supported in symphony by the thunderous V6 engines that are pushing the field to greater and greater performance levels.

God, and a record 142,00 spectators, knows what it must’ve been like to experience it in-person

But there’ll be plenty across the channel that will refute Lewis Hamilton’s claim that Silverstone has the best F1 fans in the world and Austria, Zandvoort and Spa promise similar cacophonies if the action on the track can match.

Saudi Arabia, Abu Dhabi or Miami this was not and with Las Vegas and Qatar joining the circus from 2023 this weekend was a timely reminder – if such thing was ever needed – that F1’s old country estates will be every bit as important as its high rise skyscrapers moving forward.

It wasn’t a surprise Silverstone delivered. The last five British Grand Prix have produced drama and on-track action over the past few years up there with the biggest moments of each season.

But the three (at times even four)-way tussle at the end was the highest density of action over such a long period that many can remember. Counting at least 20 times where drivers in the top five went side-by-side into a corner from lap 43 to 48, an absurd amount.

Whilst there a few times the stewards could’ve intervened, it can be argued that they made the right choice in letting things be.

The famous Fuji battle royale between Felipe Massa and Robert Kubica in 2007 could’ve had numerous penalties imposed but is all the better for it and it’s the same here.

The cars would have been unable to follow that closely for that long under the previous regulations so there’s a time of the hat required there, this was the perfect payoff for Ross Brawn and Pat Symonds.

Mercedes brought the second-most upgrades to Silverstone of anyone and if they can continue to develop closer to the front then there could be some stellar battles towards the end of the season.

This is the three-way battle that F1 bosses have been dreaming of since the early 2010s, it’s only one race but it’s a benchmark of where the sport can be.

Yes, Max Verstappen’s absence from the front definitely helped raise the stakes as the flying Dutchman threatened to float away with the win before the red flag and damage brought him back down to earth.

As did Ferrari’s baffling strategy calls that helped keep Hamilton in the race – but the Silver Arrow was competitive regardless and it was a shame George Russell couldn’t show what he’s capable of.

The challenge for F1 and constructors is to produce that action without relying on the ifs and buts.

And a word for qualifying. Wet sessions always bring unpredictability but seeing the usual suspects at the top of the timesheets come Q3 belies the thrills and spills of a Saturday where the top three changed seemingly by the second.

It looked like the majority of the top ten were in with a shot of the front row and even the unflappable Verstappen made an error, the track was evolving all the time and a somewhat surprising first pole position for Carlos Sainz capped off a fantastic afternoon.

However, there was a not insignificant asterisk to the celebrations at the end. Any race where two drivers receive medical care before the final lap.

Guanyu Zhou’s terrifying inverted crash and would’ve been fatal had it happened a few years earlier – within most fans’ watching memories.

It’s a mark of how far the sport has come but it’s worrying there’s no easy fixes to prevent a similar incident happening in future.

Yes it was a freak accident, but it feels like there’s at least one freak accident every season and the thought a similar thing could happen again is uncomfortable.

In contrast, another heart-in-mouth moment in F2 thankfully saw both Dennis Hauger and Roy Nissany step out of their cars unaided, and may prove to be the death-knell for sausage kerbs at Grand Prix circuits.

Whilst there’s been previous incidents involving the kerbs – most scarily Alex Peroni in 2019 – F1’s protocol has seemingly been to remove any problematic kerbs as they arise based on junior series racing, but that’s just not good enough.

Speaking to reporters after the race Lando Norris said it’s time to leave sausage kerbs in the past, time will tell if the FIA were listening.

The hope now has to be that the 2022 British Grand Prix can not only be an advert for everything great about modern F1, but also a lesson to the FIA on what still needs fixing in the sport.

Austria, over to you.