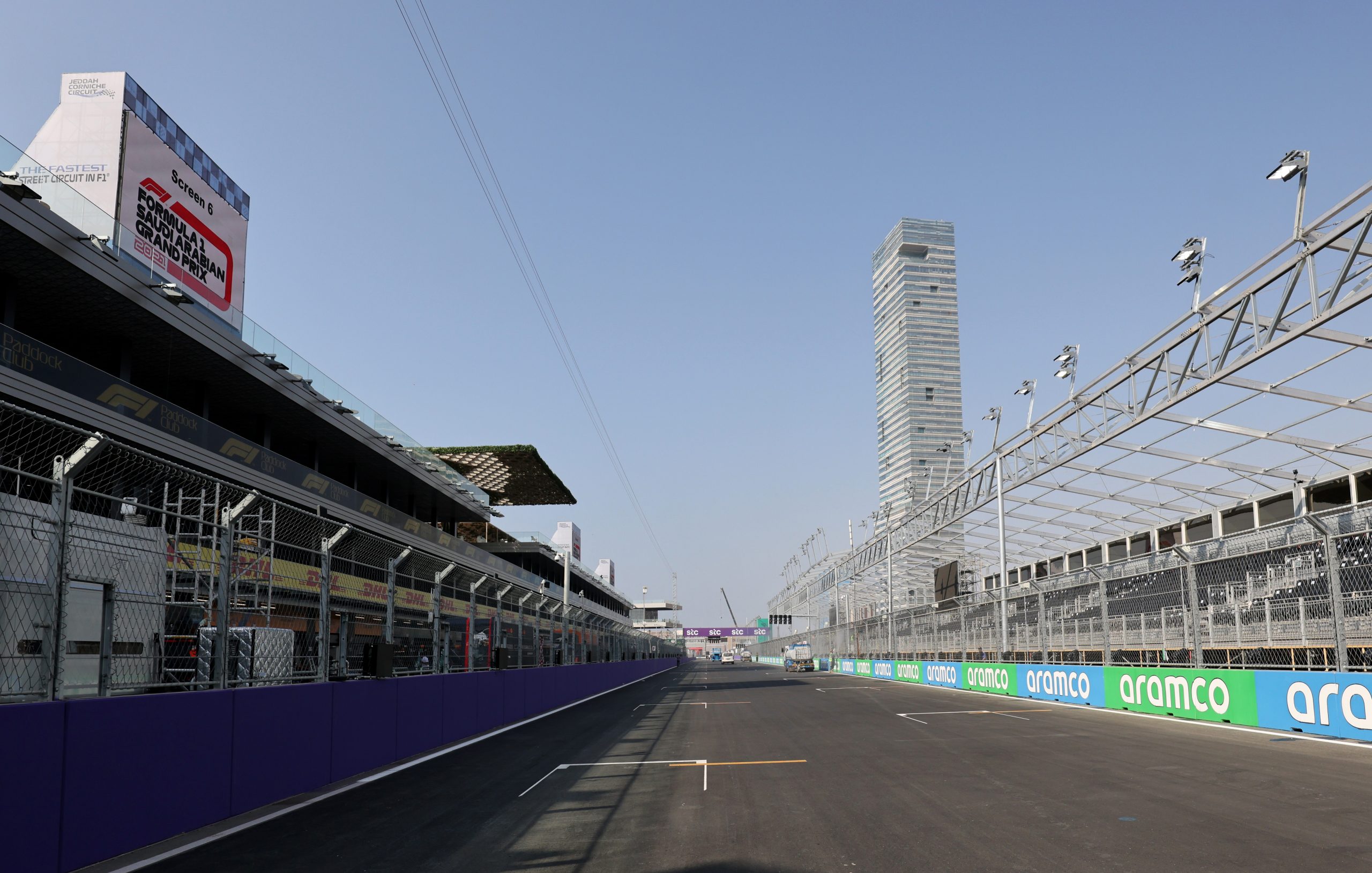 After a dramatic Bahrain GP, the Formula 1 circus moves to Jeddah and 2022 Saudi Arabian GP, so make sure you catch all the action from each F1 session.

Charles Leclerc won the first race of the F1 season, leading a Ferrari one-two with Carlos Sainz taking second place. That was after Max Verstappen and Sergio Perez in the Red Bull cars retired due to a fuel pump issue,

That also allowed seven-time champion Lewis Hamilton to take a podium in a Mercedes which was way off the pace in Bahrain. George Russell bagged fourth, and there was a smile on Guenther Steiner’s face as Kevin Magnussen brought his Haas home in fifth place.

It’s expected that Leclerc and Verstappen will battle for pole position in at the Jeddah Corniche Circuit, as well as the 2022 Saudi Arabian GP win itself, given they were both well ahead of the field in the first race.

The second race of the 2022 F1 calendar takes place at the Jeddah Corniche Circuit, with the race starting at 18:00 BST on Sunday.

The 2021 Saudi Arabian GP will be fresh in the memories of most, given it took place in December 2021 with Lewis Hamilton winning an incident packed race.

There was a safety car, two red flags and four virtual safety cars, plus a ding-dong battle between Hamilton and title rival Max Verstappen, which the former eventually won, though the pair came together.

Controversy was also stirred as Hamilton accused Verstappen of crossing the line in Saudi Arabia, while there was also the now infamous incident of race director Michael Masi negotiating with Red Bull as to where they would like to position their car upon a race restart.