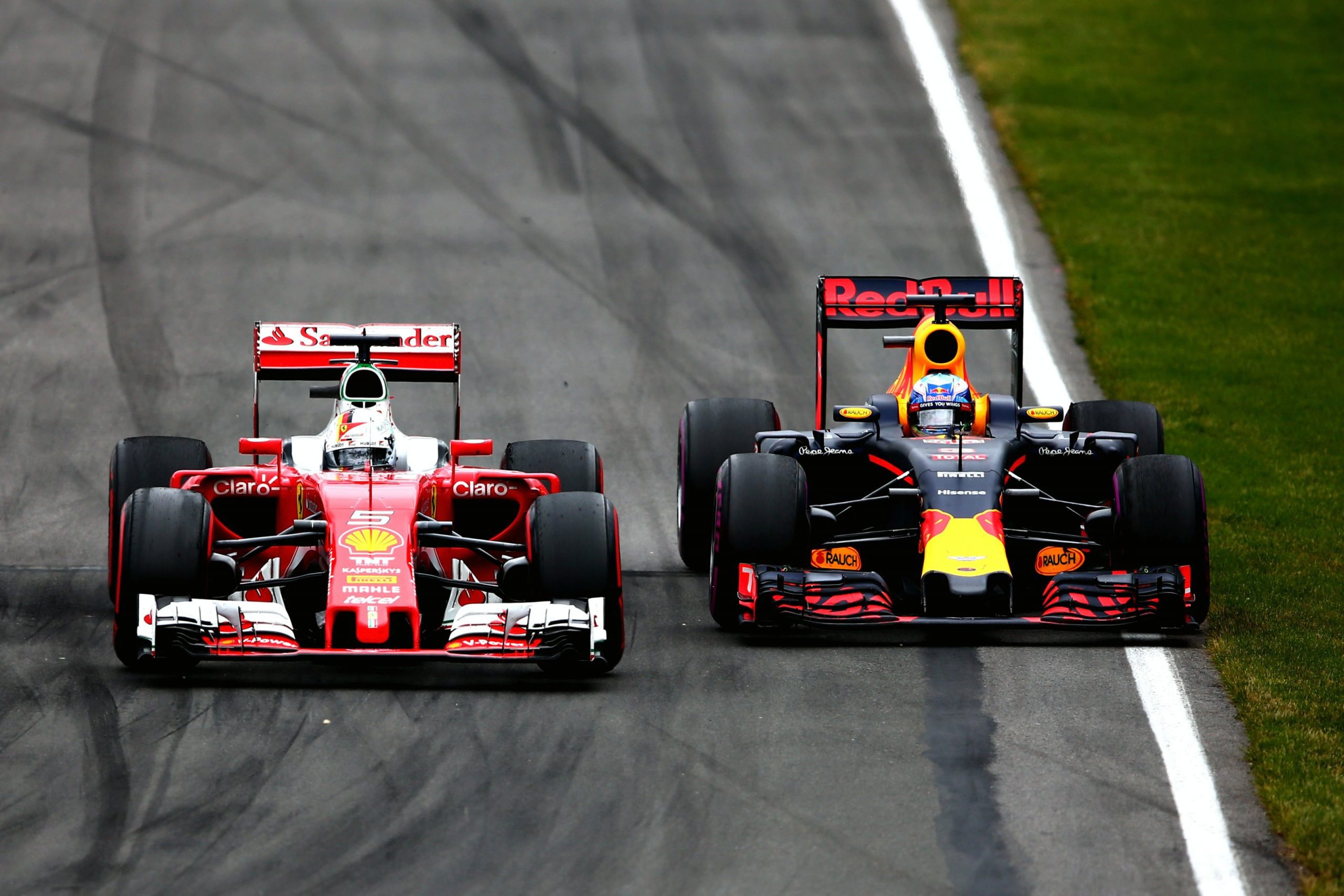 At the end of Sebastian Vettel’s career, his record reads 53 race wins, 122 podiums, 57 pole positions, and four world championships with the German slated amongst the all-time greats in Formula 1.

For much of the 2010s, he was arguably the best driver in the world and was unstoppable over one lap in the hard-to-tame V8 monsters.

But at the end of the Abu Dhabi Grand Prix, Vettel called time on a 14-year career that has seen him beat the best and hold several records that are only now being broken.

Without further due, here are five of Vettel’s greatest hits.

They do say you never forget your first, and for Vettel, Monza 2008 was a masterclass in wet-weather driving in an inferior car that hadn’t looked close to winning a race all season.

Vettel’s maiden victory was effectively sealed in qualifying when he shocked the Formula 1 world by taking pole position on a wet track which caught out title contenders Lewis Hamilton and Felipe Massa.

With rain returning for race day, a rolling start was declared, giving Vettel a clear track in front of him, whilst his rivals had to deal with a wall of spray on the run down to Rettifilo.

This gave Vettel a chance to build an enormous gap to McLaren’s Heikki Kovalainen, and despite losing the lead for two laps, Vettel drove like a wily old veteran, winning from lights to flag to give himself and Toro Rosso their first wins.

For Vettel, his maiden victory put him on a pathway to stardom and his eventual success with Red Bull. For Toro Rosso, it completed a fairytale story for the plucky Faenza-based team that had spent most of its life at the back of the grid.

The 2010 season had been a golden year for Red Bull with the RB6 being the car to have. The team, spearheaded by Christian Horner, had just clinched their first constructors’ championship a week prior in Brazil.

Vettel had won that day, but he came into the season finale at Yas Marina 15 points behind championship leader Fernando Alonso.

However, the German did exactly what he needed to do to keep his championship hopes alive by taking pole position ahead of Hamilton, and when the lights went out on Sunday, Vettel got a perfect start covering off Hamilton into turn one to lead the race’s early stages

Following an early safety car, Alonso and Mark Webber pitted early after struggling with a lack of grip on the super-soft tyres falling back through the field where they would struggle to make any progress.

Now the pendulum swung towards Vettel, who stayed firmly in the lead to become world champion for the first time, starting a four-year run of domination.

Two years on from going into the final round as the hunter, Vettel headed into the 2012 season finale Interlagos as the hunted with a 13-point lead over Alonso.

An absolutely awful start from fourth saw him drop to seventh as they left the Senna S, putting him under pressure from Kimi Raikkonen, who locked up into the Descida do Lago trying to avoid Vettel, something that Bruno Senna was unable to do as he had nowhere to go but to hit Vettel spinning him round.

Now last and with severe damage, Vettel needed to charge through the order if he wanted any chance of winning the title, but by lap 9, Vettel was back up to sixth as the rain began to fall.

One lap later, Vettel pitted for intermediates jumping to as high as third before settling back down to fifth. However, there was another curveball for Vettel when he came in for his final stop, as his Red Bull mechanics were not ready for him to come in following a radio issue, dropping him back down to 12th.

Now Vettel had to charge again with only a handful of laps, but within two laps, he had made up four positions.

With seven laps to go, he was running in seventh when his idol Michael Schumacher let him through for sixth, effectively handing the baton over to his prodigy and helping him secure his third-world title.

By the time Formula 1 approached the midway point of the 2013 season, Vettel had won virtually everything in Formula 1 except for one thing, his home race.

With a good crowd on hand at the Nurburgring for the final Grand Prix at the Eifel circuit for seven years, Vettel leapt into the lead from second on the grid and took command of the race before the first round of pitstops.

Vettel fell back behind the two Lotuses of Raikkonen and Romain Grosjean but regained the lead on lap 14 before Raikkonen took the lead back following Vettel’s third stop.

The Finn had brought the gap down to just over a second, but it was too late, and Vettel clung on to win at home for the first time, with the German following up his coronation with nine more wins to wrap up his fourth world title.

With one point separating Vettel and Hamilton following the Austrian Grand Prix, the crowd on hand at Silverstone, already in a joyous mood following England’s World Cup run, was hoping that Hamilton starting from pole position, could go one better and win his home race for the fifth consecutive year.

But that wasn’t to be the case as Vettel got a better start taking the lead through turn one as Hamilton got hit from behind by Raikkonen.

Now it was left to Hamilton’s teammate Valtteri Bottas to challenge for victory with the pair trading the lead in a race full of safety cars.

Vettel waited patiently to reel in Bottas, and with just five laps to go, he made his move, diving down the inside of the Finn into Brooklands to take a lead he wouldn’t relinquish, silencing the home crowd and taking a huge win for himself and Ferrari in their title aspirations.