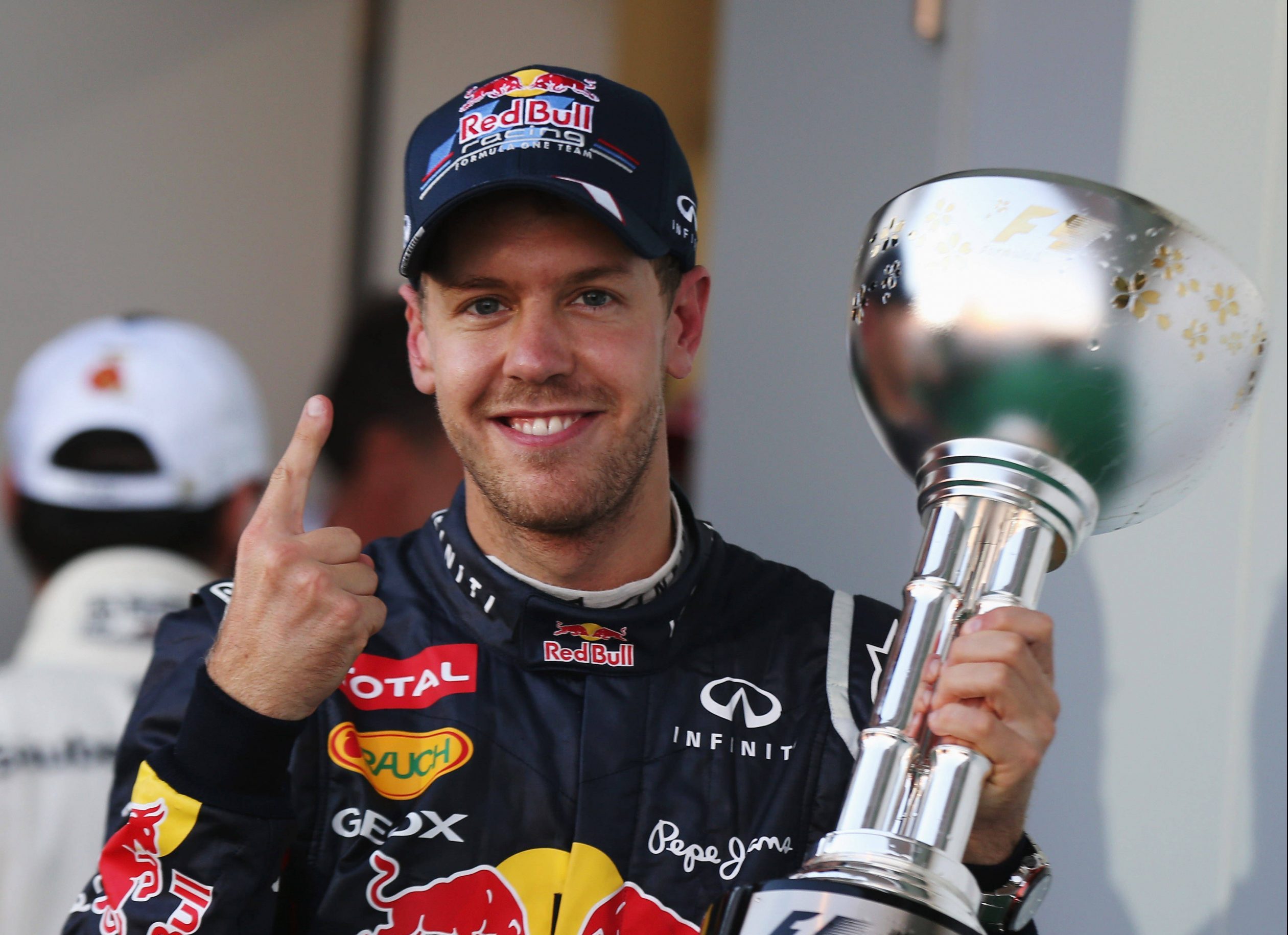 A season is a long time in Formula 1. Yesterday’s champion can quickly become today’s forgotten man in the cutthroat world of motorsport, so perhaps it should have come as no surprise that there wasn’t an immediate flood of tributes to Sebastian Vettel when he announced his retirement, especially in the ‘Drive to Survive’ era.

Yes, he wasn’t been able to sustain the ridiculously high level of performance that saw him win four successive world titles at the turn of the decade, but to underrate the German’s career is to forget the relentlessness of his success as the V8 era came to an end.

In 2012, he was up against five past champions; this year, he lined up against three. Yet somehow none of it seems to really matter.

“Multi-21, Seb, multi-21.” Who can forget when Mark Webber fumed in the aftermath of the 2013 Malaysian Grand Prix after his teammate defied orders to hold station? I remember being highly critical of Vettel’s actions at the time, and I wasn’t alone.

He took matters into his own hands and disregarded the consequences. Two races into a long season, it was a bold move and no doubt made for a frosty team atmosphere.

But it was a move that epitomised the German in his prime: a divisive, yet completely dominant winning machine who was willing to do whatever it took.

Nine years on, I now appreciate it’s that attitude that made him the unstoppable force he became, a force that had many drawing parallels with a fellow German multiple-time world champion.

The rise of ‘Baby Schumi’

It’s easy to forget Vettel‘s F1 beginnings. On his testing debut for BMW Sauber he gave the paddock a glimpse of his prodigious talent, setting the fastest time of Free Practice 2 at the 2006 Hungarian Grand Prix.

Fast forward to 2007 and he was handed his full debut when Robert Kubica‘s crash at the Canadian Grand Prix left the Pole unable to take part in the following race in the United States.

That Sunday at the Indianapolis Speedway circuit, Vettel became the then-youngest driver to score a point in F1.

Little wonder then that Red Bull immediately gave him a seat at their sister team Toro Rosso. If his initial performances gave a glimpse, his first full season painted the picture in blinding clarity.

They say the sign of an elite driver is the ability to outperform the car, and at a rain-soaked Monza for the 2008 Italian Grand Prix, that’s exactly what Vettel did.

A first pole and win for man and machine made for a rare double, but it was the manner in which he strode to victory that stood out.

When it’s wet, logic dictates you run more downforce… not this F1 rookie. He raced to qualifying glory by a little under a tenth from Heikki Kovalainen in the McLaren, and nearly six tenths from Webber in the parent car.

Come race day, he once again defied the odds, not only keeping the faster chargers behind, but forging a formidable gap in the opening laps – such a pulsating start would soon become a trademark.

In the end, nothing could stop him, and he romped to a resounding 12-second victory at the Temple of Speed. ‘Baby Schumi’ was born, and it’s safe to say he lived up to the hype.

Unsurprisingly, Vettel moved up to Red Bull in 2009, partnering Webber for the first of five contentious seasons.

There was growing optimism the Milton Keynes-based outfit were on the cusp of something special, and were only bettered by a Brawn team that came from the brink of collapse to claim one of the unlikeliest championship doubles in history.

Fast forward 12 months and he came out on top in one of F1’s tightest season-long title battles. Going into the 2010 Abu Dhabi decider, Vettel sat third in a four-way shootout between himself, Fernando Alonso, Webber and Lewis Hamilton.

The stakes could hardly have been higher, but such pressure brought out the best in Vettel during the Red Bull years.

Keeping his cool while his rivals faltered, pole position and a clinical race win delivered him a dream first world, to this day the youngest to ever do it. Destiny fulfilled. It was only the beginning.

A victim of his own success

For all 2010 was a classic, 2011 proved to be a damp squib, but only because Vettel made it so. His dominance was brilliant, but tedious. Design guru Adrian Newey provided the equipment and the driver did the rest.

The result? 15 poles, 11 wins and 17 podiums in a 19-race season. He had a second successive title wrapped up with four races to go, but little popularity points to show for his efforts.

His ability to race clear from pole was incredible, methodical, relentless, but that’s not what the people want to see. In hindsight, he’s lucky social media was in its infancy.

Fans in their droves began to wish failure on the two-time champion whenever he got behind the wheel, myself included. There aren’t many higher compliments a driver can be paid.

The following season brought a renewed challenge from the mercurial Alonso and Ferrari. A first-lap crash at the final race in Brazil raised the hopes of many who coveted an end to Vettel’s dominance, but he wouldn’t be denied.

Defying a damaged sidepod on the greasy Interlagos layout, the German battled through the pack to sixth to eclipse the Spaniard by just three points.

When racing resumed in 2013, Vettel quickly saw off any threats to his title monopoly. He also set about beating his own records. But it all came at a cost, as he was booed at various venues by spectators in attendance.

After sealing his fourth consecutive world title, he said: “It’s very difficult for me personally, to receive boos, even though you haven’t done anything wrong.

“At the time it hurts not to get the reception you expect but I think I’m clever enough to understand why they do it. I’m not blaming them.”

He finished the season with a record nine straight wins, 13 in total, and a then-record 392 points. There appeared nothing that could derail the Vettel success train.

Sadly, even the best of things must come to an end, and the change of regulations brought with them a change of fortune.

The inception of the V6 turbo hybrid era saw Red Bull‘s dominance come to an end. Such was Renault’s disastrous interpretation of the regulations that the team were left trailing in the wake of Mercedes.

Vettel became the first defending champion to fail to win a race since Jacques Villeneuve in 1998 and made the surprise switch to Ferrari ahead of the 2015 season. It proved to be an astute move, although it didn’t yield the fifth crown he craved.

And it’s not because he didn’t have his chances. In 2015 and ’16, the Maranello-based outfit made inroads into Mercedes’ advantage, and by 2017 and ’18, gave Vettel a car worthy of mounting a serious title bid.

However, where he was previously unflappable, the German faltered. Big-time mistakes and a fallibility when he met Hamilton in wheel-to-wheel combat proved his undoing, as he came up agonisingly short in ending Ferrari’s barren run that extends back to 2008.

Despite the disappointment, he left as the team’s third-most successful driver behind Niki Lauda and Schumacher, having racked up 14 wins. No mean feat.

So, what will Vettel‘s legacy be when he hangs up his helmet? Will he be talked about among the greats, or will he be considered fortunate to have been in the right place at the right time?

It’s ironic that now he’s no longer winning, his popularity has soared. Part of that is due to his activism in supporting underrepresented groups and for that he deserves immense credit.

But wherever you fall on the spectrum, there’s no denying the records he leaves behind. Among them, the most consecutive race wins, most poles in a season and youngest world champion stand out.

In casting judgement, it’s also worth considering what might have happened had the regulations remained largely unchanged for 2014 and beyond. Would anything have stopped the Newey-Vettel jugernaut?

Alas, we’ll never know. What we do know is that he’ll exit the sport as one of a quartet to have won four or more consecutive driver titles. The others? Juan Manuel Fangio, Schumacher and Hamilton. The most illustrious of company. Right where he belongs.