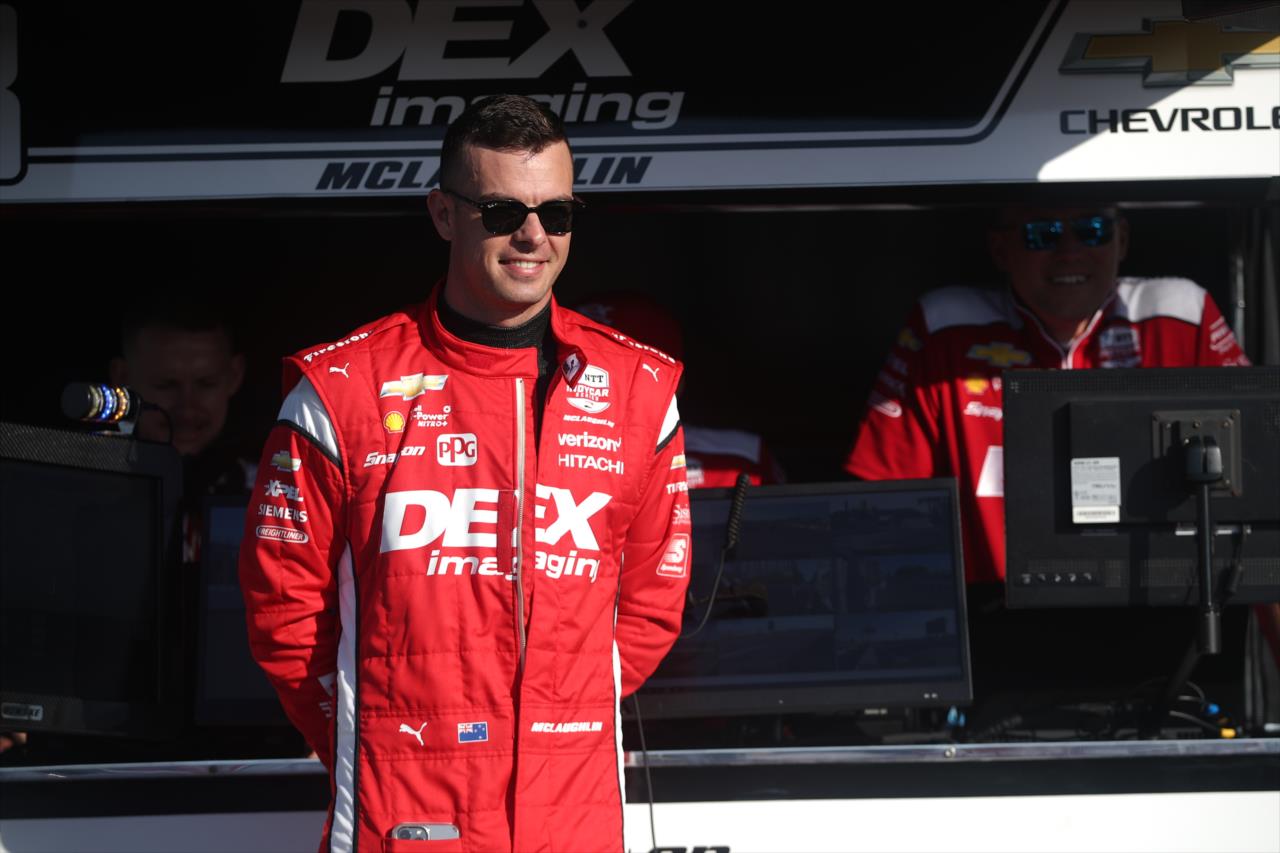 Scott McLaughlin stunned the IndyCar field with a flawless weekend in St Petersburg as he finally showcased his incredible talent on one of motorsport’s biggest stages by converting pole position into victory.

Followers of the Supercars Championship in Australia will know McLaughlin was a special driver, as he burst onto the scene to become the youngest race winner in the series at 19-years-old.

He showed flashes of brilliance in his first IndyCar season in 2021, but very few expected him to suddenly contend for victories. Perhaps, people should be less surprised given what McLaughlin has achieved during his racing career so far.

A star in the making

McLaughlin was scouted out as a potential superstar by former V8 Supercars owner Garry Rogers and he immediately made an impact by punching above his weight in cars that didn’t deserve to be at the front.

Whilst his maiden Supercars win on home soil in 2013 was memorable, it wasn’t as iconic as his epic battle with the legendary Jamie Whincup at Adelaide in 2014.

The last lap fight for second went viral and McLaughlin gained a huge amount of respect for that battle.

He continued to take podiums and wins in a car which was inferior to the Holden and Ford machinery, but the experience of having to driver a weaker car to its limit in order to be victorious served McLaughlin well later in his career.

McLaughlin left Volvo for Penske Ford in 2017 in a bid to win the Supercars championship.

His tremendous qualifying speed made him almost unbeatable over one lap and he came agonisingly close to becoming champion in his first season for the team, losing out at the final round of the season to Whincup.

However, there was a moment of magic which put him into the Australian motorsport history books when he obliterated the lap record at Mount Panorama during the top 10 shootout for the Bathurst 1000.

It was another moment that went viral as McLaughlin put together a historic lap, one which some believe is the best qualifying performance to take place at Bathurst.

A first Supercars championship came in 2018 following a hard-fought battle with Shane Van Gisbergan, which marked the start of a period of dominance.

In 2019, McLaughlin broke the record for the most wins in a season, whilst also becoming the first driver to claim the Darwin Triple Crown and he also won the Bathurst 1000 in style.

McLaughlin announced he was moving to the United States to compete in IndyCar, but he won a third Supercars title before leaving the championship in 2020.

His raw speed raised the bar in the Supercars Championship, in a similar fashion to Ayrton Senna or Michael Schumacher in Formula 1.

Changing from a heavy touring car to an open-wheel single-seater championship is a massive challenge so it’s no surprise McLaughlin was off the pace for much of 2021.

Everything was different to what he was used to: the speed, the tyres, the handling, the environment yet McLaughlin found a way to adjust to IndyCar without being completely off the pace.

He took advantage of a strategic decision in Texas to finish in second behind Scott Dixon, despite having never raced on an oval before. It was the first sign that McLaughlin could soon be a force in the USA.

The New Zealander fared better on ovals than road courses, noting that adapting to the limits of how hard you can push an IndyCar was challenging.

In the Supercars, a driver can use the door mirrors to see how much margin they have from the wall. But in IndyCar, the tyres are the closest part of the car that gets to the barriers and you don’t want to be scraping the Firestone rubber up against the walls.

Having learned most of the tracks on the 2022 IndyCar calendar the year before, McLaughlin was looking for a clear improvement from his rookie season.

Nobody anticipated he would challenge for wins at the season-opener in St Petersburg, until the 28-year-old went quickest in practice.

Even then, the likes of Colten Herta, Will Power and defending champion Alex Palou were expected to overhaul McLaughlin in qualifying.

Instead, the Penske driver found the limits of the track and his car to take pole position as he finally showed his natural speed and one lap talent in IndyCar.

“It’s amazing,” McLaughlin said. “I don’t know what other words [to use], pretty speechless.

“Obviously, in Australia we had a lot of success with poles and wins and all that sort of stuff.

“But you know the speed’s there, it’s all about taking pressure off yourself and just focusing on what you need to do, and that’s what we did.”

In the race, McLaughlin looked like a veteran as he initially pulled away from the rest of the field and committed to a two-stop strategy.

Once the final round of pit stops played out, McLaughlin was still leading but faced pressure from Palou who was on a charge.

McLaughlin used his experience of fending off drivers in the equally competitive Supercars series to hold onto the lead.

Can McLaughlin challenge for the IndyCar title?

St Petersburg traditionally hasn’t been a venue which sets the tone for the remainder of the season.

Nevertheless, McLaughlin has put himself in the hat of names who will be contending for the 2022 IndyCar title.

The scale of what McLaughlin has achieved shouldn’t be underestimated because it’s so difficult to go from touring cars to single-seaters.

Seven-time NASCAR champion Jimmie Johnson‘s struggles in IndyCar demonstrated how tough it is to adapt your driving style and mentality, yet McLaughlin has taken that big change in his stride. It’s a quality which separates the good and the great of motorsport.

McLaughlin will be on a high going into the next race in Texas, where he took his maiden podium in 2021, and there’s no reason to say he won’t be contending for the win there.

His fellow countryman Scott Dixon wasn’t expected to win his first IndyCar title so on, and nobody could have predicted the level of success he’s had in the championship.

The six-time IndyCar champion showed it can be done, and the talented McLaughlin now has the confident and belief to emulate his compatriot this year.