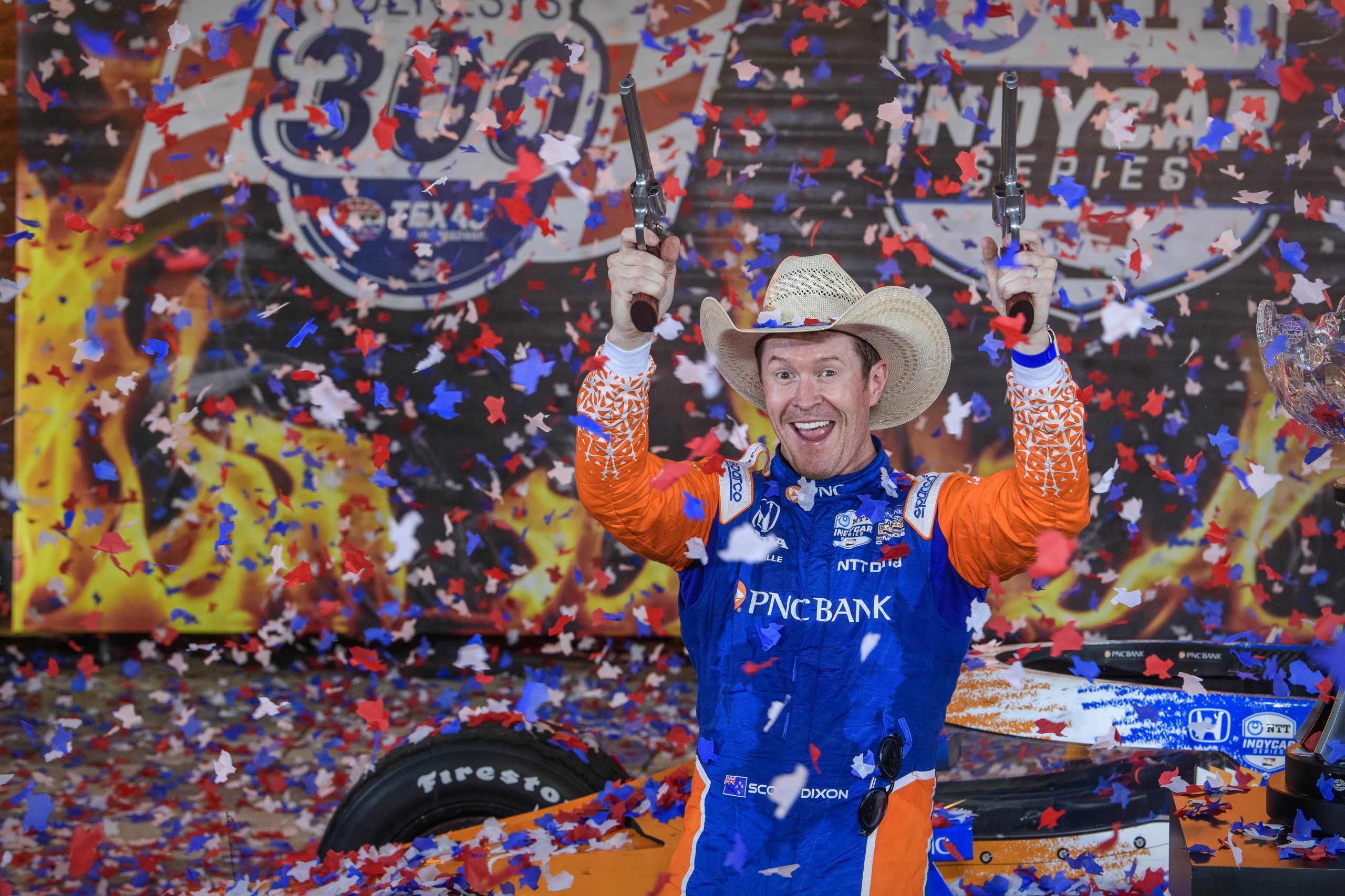 Scott Dixon is one of IndyCar’s all-time greats, with a career that has seen him at the top of open-wheel racing in the United States for two decades. Born in Brisbane, Australia, Dixon made the move to the USA in 1999 when his talent was spotted by former Formula 1 driver Stefan Johansson, who owned an Indy Lights team.

An impressive Indy Lights campaign in 2000 saw Dixon become champion, so he made the natural step up to CART (Champ Car).

He stamped his authority on the championship with an underdog win in just his third race to become the youngest winner in US open-wheel racing history at the age of 20. It was clear Dixon was a star in the making.

Following his Indy Lights title, Frank Williams thought about bringing Dixon to Europe, but he instead chose Juan Pablo Montoya who had just won the Indy 500 and was already a CART champion.

In 2004, Dixon was strongly touted to replace Montoya for the following season. The New Zealander tested the cars at Paul Ricard and the Circuit de Barcelona-Catalunya.

His fastest time at the second test in Spain was only slightly slower than the regular F1 drivers, including David Coulthard and Jenson Button. Without doubt, Dixon was good enough to compete in F1, so why didn’t he join Williams?

Dixon’s explanation about not racing in F1

Having won his first of six IndyCar championships in 2003, Dixon had a dilemma – continue to fight for titles in IndyCar, or earn a midfield F1 seat through an initial testing role.

“My wife asks me that [about racing in F1], occasionally, ‘Are you sad that you didn’t chase the F1 thing more?’ No, not really,” Dixon told Autoweek.

“There’s no reflection on did we make a bad choice or anything like that. I think we made the best choice, absolutely. There’s no denying that.

After 2004, a potential move to F1 was never on the cards for Dixon and that’s because of a question he asked himself.

“We just won the championship,” said Dixon. “Do you go to Formula 1 and be a test driver and be lost forever, or do you continue on racing?”

Is Dixon IndyCar’s greatest ever driver?

F1’s loss was IndyCar’s gain as Dixon made a name for himself in the USA. He joined Chip Ganassi in 2002, where he has stayed throughout all of his championship success.

Dixon has won a championship under different IndyCar regulations, showing his versatility to adapt to new cars.

He formed great rivalries with Dario Franchitti and Helio Castroneves, with iconic battles year after year.

Despite his age, Dixon has managed to evolve his driving style to keep up with the modern IndyCar drivers including Simon Pagenaud, Josef Newgarden and Will Power.

As drivers left and joined the series, Dixon remained near the top and that’s an incredible achievement in a championship which is ultra-competitive.

Dixon’s ability to scramble a strong result from a bad day and his consistency have been key to his success.

He’s renowned as one of the best drivers to save fuel, whilst maintaining great lap times and speed which is something he acknowledges.

“One thing is the technique [of saving fuel in a race] and, maybe, the [the other thing is the] will to learn about it,” Dixon added.

“I love digging deep into situations like that and trying to better yourself or giving yourself more options.

“You need all the tools, man. There’s many different strategies to win a race and you need to try to cover them all.”

Even though he’s won a race in every season since 2005, Dixon only has 50 IndyCar victories, which underlines his style of picking up solid points rather than lifting countless trophies.

In 2018, IndyCar introduced a new universal aerokit, replacing the manufacturer-designed kit, so the cars had less downforce.

Despite Ganassi’s struggles with the new bodywork, Dixon maximised his results by finishing in the top 10 at 14 of the 16 events going into the season finale.

At the penultimate round, Dixon was caught up in a chaotic first lap incident but somehow kept his engine running and came away unscathed amid the mayhem.

Dixon miraculously recovered to fifth place to retain the lead in the championship, and he went on to win his fifth title.

How good is Scott Dixon?

Any racing driver who can compete for wins and championships over more than a decade is special. Sebastien Loeb has done it in Rallying, Michael Schumacher in F1 and Dixon has managed to continue his staggering success in IndyCar.

The 41-year-old may no longer have the natural speed of his younger rivals, but he makes up for it with a calm, methodical approach to his racing.

Dixon’s record of six IndyCar titles will stand for a long time and you cannot rule out one last triumph before his outstanding career comes to a conclusion.