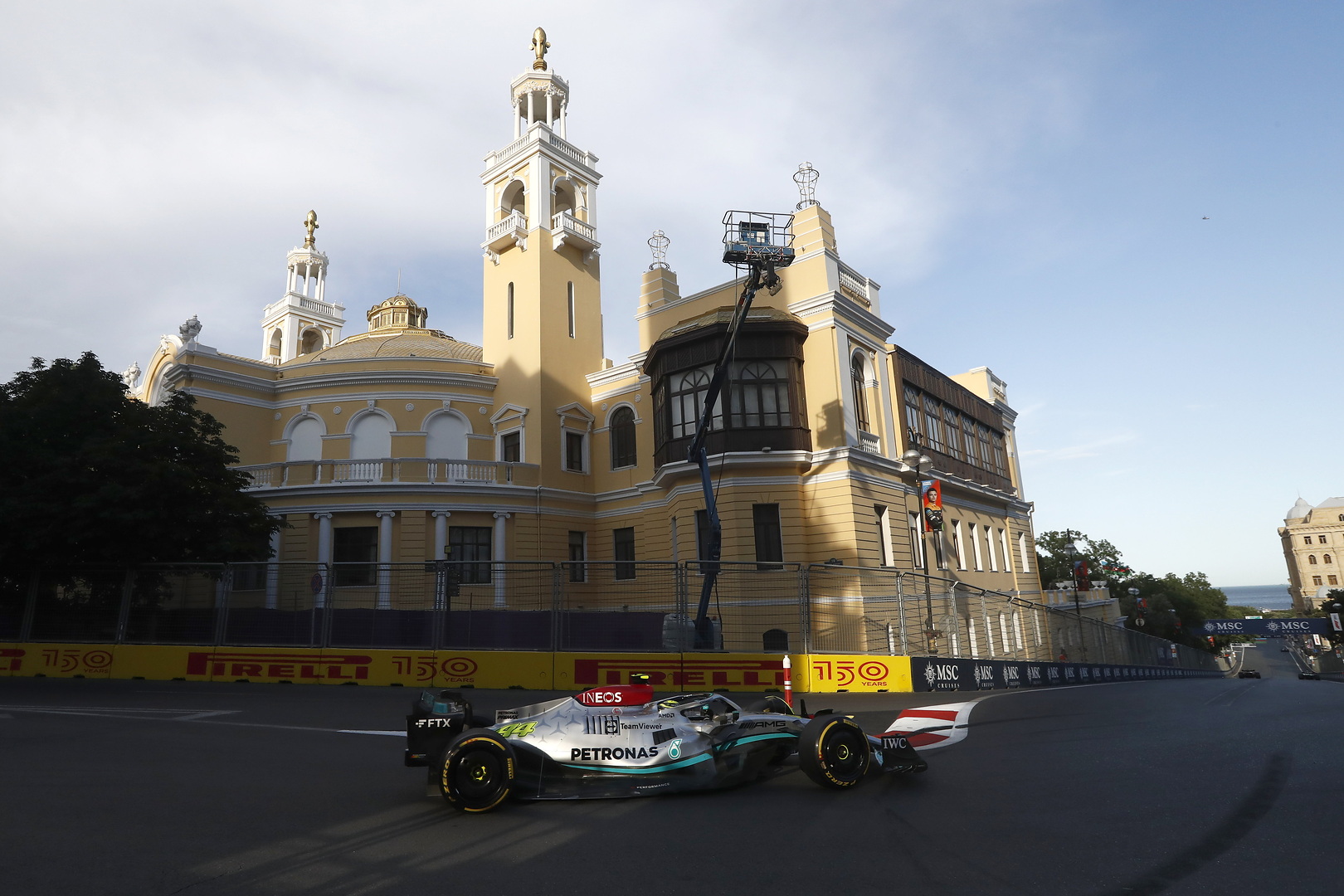 With Mercedes falling behind Red Bull and Ferrari this year, the onus has been on its drivers to maximize the car’s potential as the team looks to solve the porpoising issues that have so far hampered their season.

While George Russell has been able to wring the most out of the W13, finishing in the Top 5 for all eighth races and scoring three podiums in the process, his more illustrious teammate Hamilton has struggled to keep up, scoring just one podium at the season-opening Bahrain Grand Prix.

Schumacher believes Hamilton is in danger of being usurped

Former Williams driver Schumacher thinks the results do not bode well for Hamilton with the German suggesting that the seven-time world champion could be usurped within the team if his results don’t improve.

“Lewis Hamilton is the big loser of the season so far,” Schumacher said in his column for Sky Germany.

“George Russell was new to the team at the start of the season and is usually ahead of the runner-up world champion and is also stronger in qualifying. The “greatest driver of all time”, as Mercedes team boss Toto Wolff always calls it, is ironed out by a newcomer in a way that is already worrying.

“I’m amazed, because there are only two options: Either is Russell the new high-flyer, or Hamilton had such a strong car in recent years that has made up for a lot.”

Schumacher offered some insight into how the problems with the W13 could be solved with the German indicated that implementing his suggestion might involve a complete overhaul of the design philosophy on almost every car on the grid.

“You could solve the problem if you used a flat underbody for all cars,” Schumacher suggested.

“But that would mean lap times would be at least two seconds longer – or even slower. The whole thing would involve a complete change of concept and cannot be fixed overnight.”

Possible difference between Russell and Hamilton

The six-time Grand Prix winner also offered a guess as to what the difference between Russell and Hamilton might be, with the former clearly more comfortable with his car.

“As for bouncing, you can have those issues, but Russell was in the same car and George looked fresh to me after the race,” Schumacher explained.

“Lewis should first see that he is faster than his team-mate. I’m sorry for Lewis that he has a backache but other teams are tackling the problem as well. I don’t know if Lewis sits more upright in the car and therefore feels the blows to his back more.

“If he were sitting more upright, the load on his lumbar spine would be much higher and would explain his pain. The other problem with bouncing is that the constant hitting makes the car hop and you can hardly see anything.

“You have to imagine it like looking at an extremely flickering screen and then driving towards the curve.”