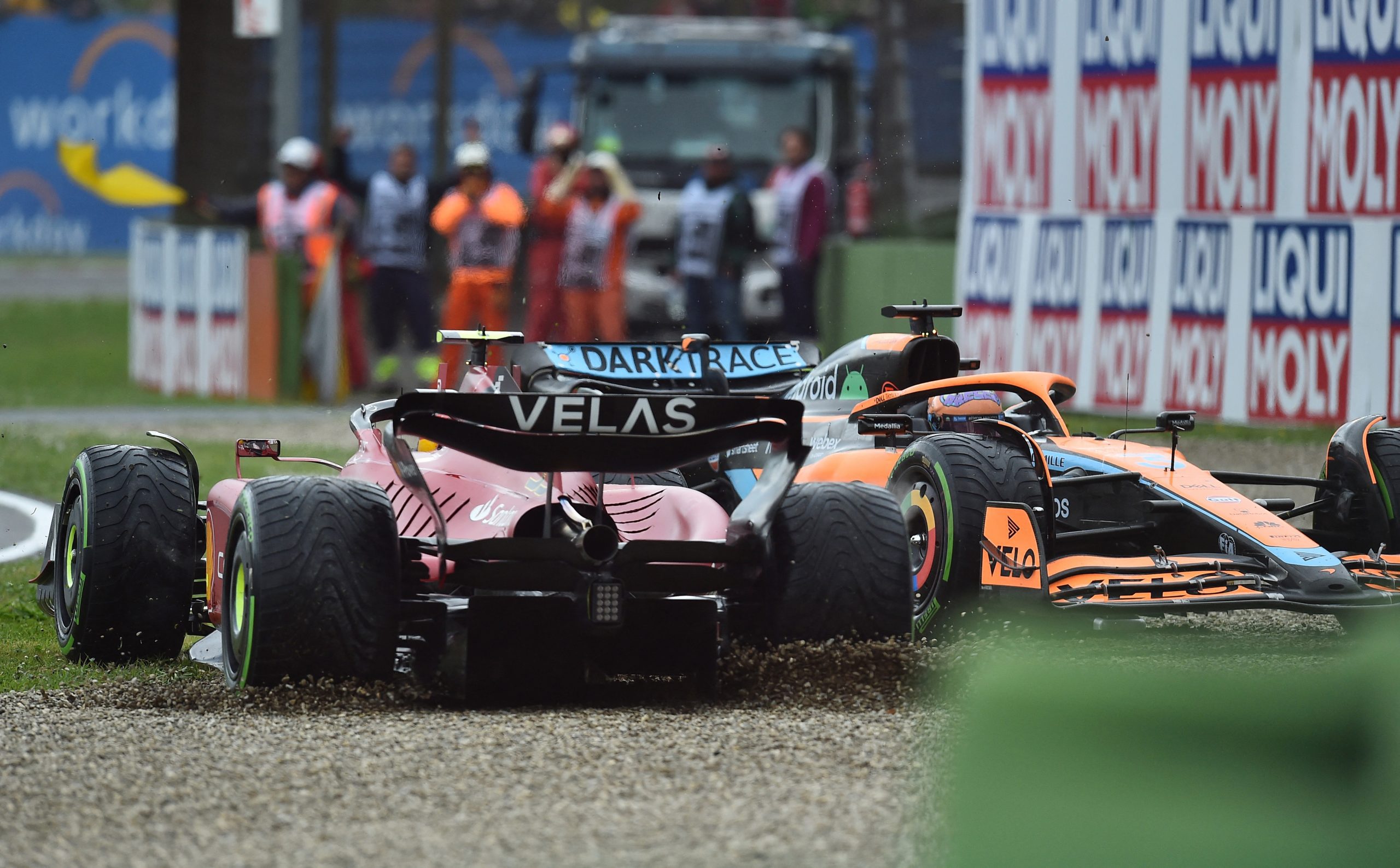 It was another weekend to forget for Carlos Sainz, and the Ferrari driver didn’t hide his disappointment at retiring from a second consecutive race.

The Spaniard spun out of the Australian Grand Prix two weeks ago, but looked poised for a bounce back performance at Imola after climbing through the field and finishing the F1 Sprint in fourth.

Unfortunately for Sainz, a slow start resulted in him fighting with Daniel Ricciardo into Tamburello, with the McLaren driver making contact with the Spaniard. In the end, his Ferrari ended up beached in the gravel to cap off another disappointing Grand Prix.

“I didn’t get the best of starts, together with Charles [Leclerc],” Sainz told Sky Sports F1. “We need to analyse what happened there, but it’s a long race.

“We still managed to get cleanly into Turn 2, and for some reason, I think Daniel [Ricciardo] went into the kerb. I left him plenty of space, but I think he must have lost the front of the car and bumped into me.

“I got stuck in the gravel again, but nothing I could have done differently.”

A second successive DNF was all the more upsetting for Sainz as it came just days after signing a contract extension with Ferrari.

Nevertheless, the Spaniard vowed to continue fighting in order to turn his season around.

“Obviously I wanted to have a good race in front of the fans, and there were still 63 laps ahead, so to get bumped out of the race at Turn 2 is bad.

“But, there are always these tough moments in the life of an athlete, and today is my turn to go through it. As long as I keep working hard, I’m sure the good moments will come.”