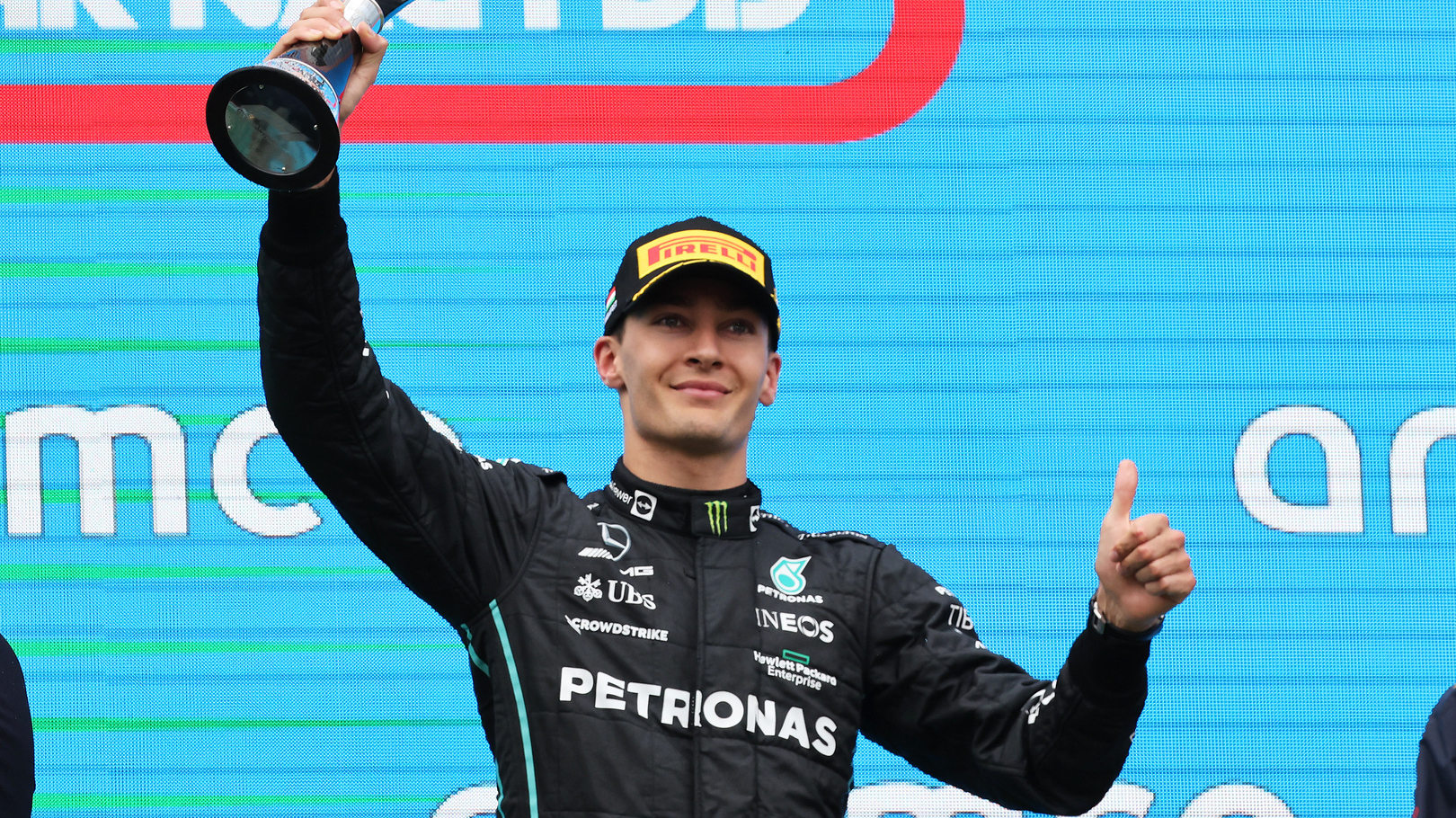 George Russell has accused Red Bull and Ferrari of exploiting the new regulations as the war of words in Formula 1’s flexi-floor row continued at the 2022 Hungarian Grand Prix.

Suspicions that some teams have taken advantage of a loophole in this year’s much-changed design rules has caused controversy between Mercedes and Red Bull in particular, while also prompting the FIA to take action.

Initially intended for the French Grand Prix, a new technical directive to stop teams from flexing their floors is set to come into effect after the summer break when racing resumes in Spa.

And while Russell admits it wouldn’t make the W13 any quicker, he welcomed the possibility that it might slow down their rivals as Mercedes look to finish the season strong after a torrid start.

“There is no doubt that Ferrari and Red Bull have pushed the regulations in that regard,” Russell said after finishing third in the Hungarian GP. “And we’ve sort of respected it as the regulation was intended.

“Spa is going to be interesting with some changes to some little regulations, which may bring other teams towards us. And I think we as a team have a lot of confidence in ourselves and faith that we are doing a great job and there’s no reason we can’t be in that mix.

After being embroiled in a heated title battle in 2021, tensions have remained high this year between Mercedes and Red Bull, albeit for different reasons. In particular, team principals Toto Wolff and Christian Horner have been a loggerheads over the issue of car legality.

In Austria, Wolff confirmed to Sky F1 that he thought certain teams were circumventing the rules, before Horner hit back, labelling the claims as “total rubbish.”

After taking a surprise pole at the Hungaroring, Russell was powerless to resist Max Verstappen in the Red Bull, who delivered a near-faultless comeback drive from 10th on the grid to seal his eighth victory of the season.

Such was his pace, the Dutchman could afford an uncharacteristic spin on Lap 41 and still take the chequered flag by nearly eight seconds from Lewis Hamilton in second.

It could have been different had another Ferrari strategy error not cost Charles Leclerc a chance of victory, and Russell thinks the consistency of Red Bull and Verstappen is proving decisive in this year’s title battles.

“Max and Red Bull are cruising,” Russell added. “I think Max and Charles, they’re on a similar level.

“At the moment, I really feel for Charles because he’s doing a superb job and he’s been on the receiving end of a lot of bad luck.

“Max and Red Bull are just absolutely solid week in week out. And we’ve seen for the last couple of race weekends, they can just bring the car home and pick up the pieces.”

Despite having to settle for third, the ever-optimistic Russell was keen to acknowledge the progress the world champions have made of late as they close in on Ferrari for second spot in the Constructors’ Championship.

“As a team, we were finishing, almost a minute behind the race win at the start of the season. Now it’s 10 seconds in the last couple of races. If we can continue on that path, we’ll definitely be in the hunt.

“It easily could have gone our way if that rain stayed with us for let’s say 10 more minutes at the start the race. We would have pulled our gap and wouldn’t have had to pick too early.

“Nevertheless, pole position, P3, a lot to be proud about.”