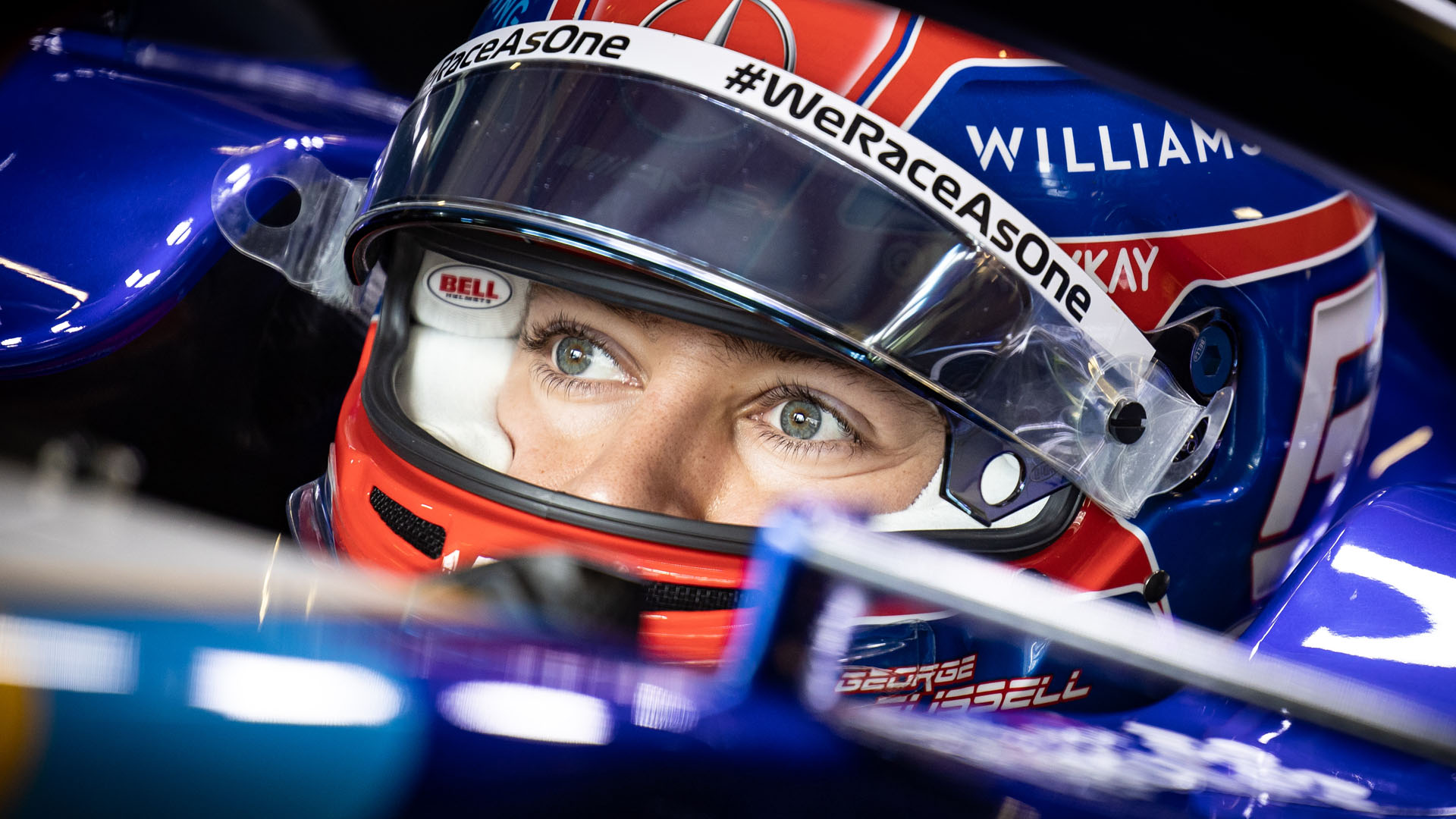 George Russell recently scored his first points with Williams at the Hungarian Grand Prix finishing in eighth place, after narrowly missing out on a tenth-place finish to Fernando Alonso two races prior in Austria.

Alonso had many good things to say about the 23-year-old Briton, following their battle in Austria, branding the Brit impressive despite not having the best car underneath him.

“It means a lot to me to hear something like [that from] Fernando,” Russell told Auto Motor und Sport. “He’s one of the greatest racing drivers ever.

“It’s always nice to be praised by drivers you respect very much.

“I saw a statistic that he’d only be ten or so short of points to have a lot more titles. Two world championships are a great achievement, but it was so close to a lot more.”

Seeing the positive side

Despite narrowly missing out on a points finish in the Austrian Grand Prix, after being beaten by Alonso to tenth place, Russell was humble when addressing it.

“I always try to pull out the positives and then move on” said Russell. “I have gained a lot of experience with frustration over the past few years.”

“When I think of Imola 2020, of Sakhir, the race in Imola this season, of Austria. Hockenheim 2019 was such a thing as well. Robert [Kubica] beat me in three out of 21 races or so that season, including there. And then only eleven cars cross the finish line.”

“Everyone says afterwards, Robert scored, and you didn’t. But how often have only eleven cars crossed the finish line in recent years?”

The Briton went on to stress the importance of taking the positive side in defeat.

“I’ve learned to take the positives with me”, Russell said.

“I want to be world champion. You can’t let disappointment drag you down because it would affect the next race. And that after. You have to deliver consistently, always operate the limit. You can’t change the past.”

“I live in the present and think about the future.”