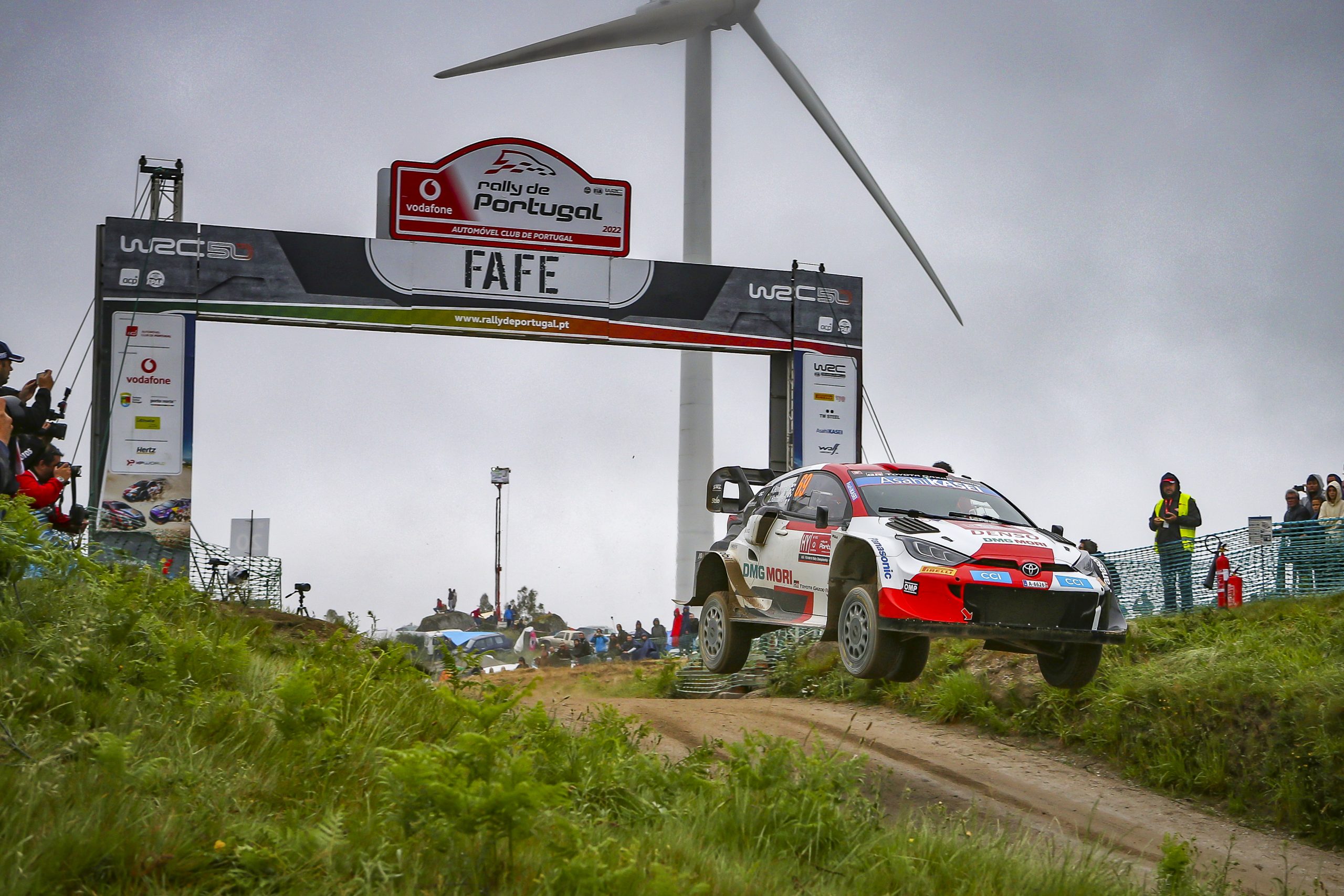 Toyota Gazoo Racing driver Kalle Rovanpera took his third consecutive WRC victory of the 2022 season at Rally Portugal as the young Finn continued his bid to become the championship’s youngest ever winner.

Rovanpera has displayed scintillating form throughout 2022 in the new hybrid generation cars with the GR Yaris, and beat out experienced teammate Elfyn Evans to claim a hard-fought win in tricky conditions.

Drivers had struggled throughout the weekend on the dirt road stages, but Rovanpera managed to reign in Evans on the final day of the rally to win by 15.2 seconds, also claiming the extra five bonus points for setting the fastest time on the Wolff Power Stage.

“At the moment we are on a really good ride. Starting first here and being in the fight for the win like this was really nice,” Rovanpera said.

“We had a lot of issues and tough conditions over the weekend and everyone can be happy.”

Meanwhile WRC legend Sebastian Loeb retired from the rally with power unit issues on Saturday after a heavy crash the previous day in his M-Sport Ford.

Loeb had looked in strong form after leaping from seventh up to first in the standings after the first stages, but the issues ultimately proved insurmountable.

Next, the WRC heads to the Mediterranean for Rally Sardegna from June 2 to June 5.