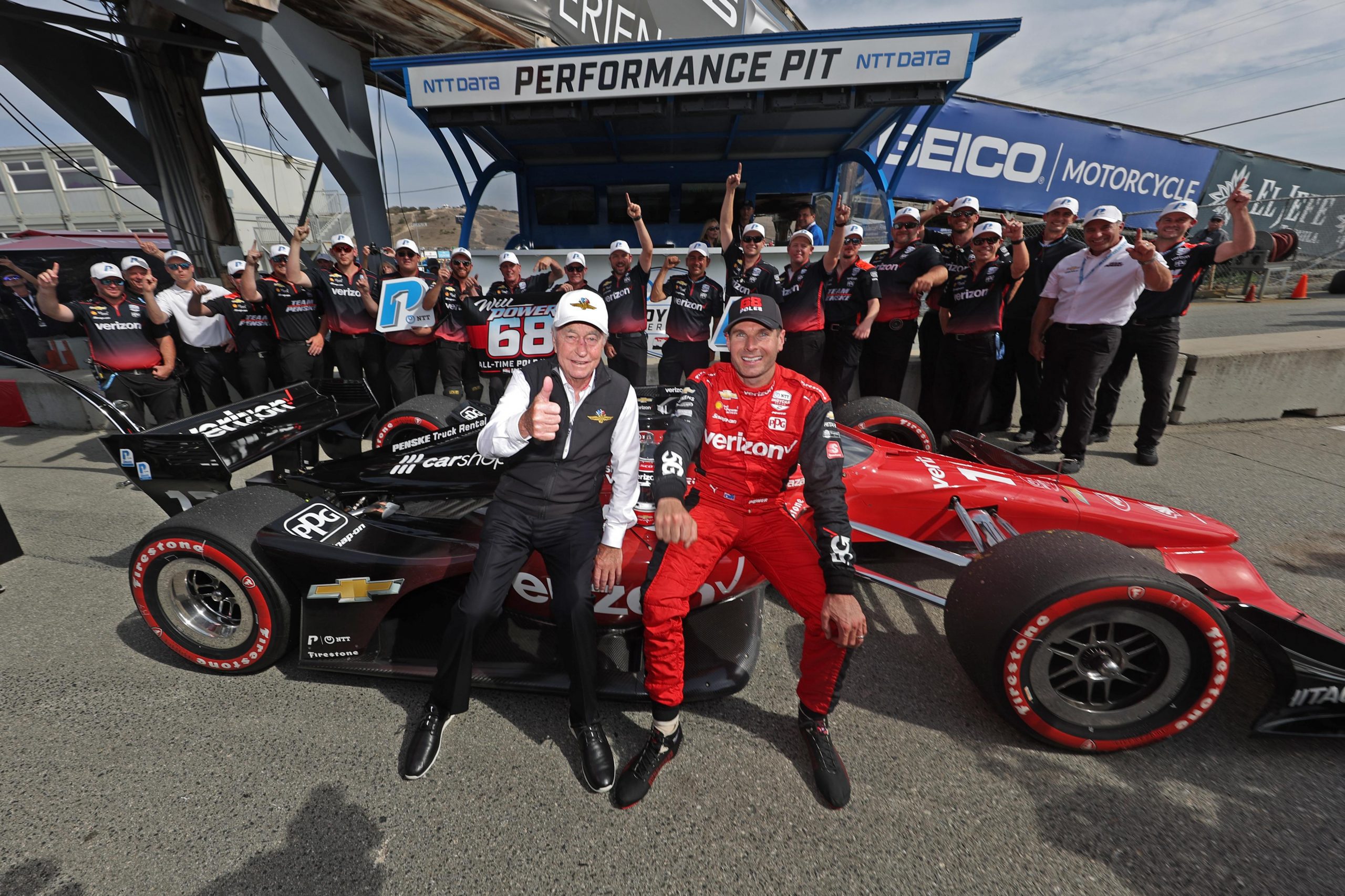 Penske’s Will Power, put one hand on the 2022 IndyCar title after he claimed pole for the Firestone Grand Prix of Monterey. By doing so the Australian also beat Mario Andretti’s all-time record, with the pair tied on 67 pole positions heading into this race.

On a day that could prove to be pivotal in determining the outcome of the 2022 IndyCar season, Power put himself in the best position possible to claim the second IndyCar championship of his career. While the Australian will start from the front of the pack and claim an extra point for pole, his rivals will have their work cut out for them as Scott McLaughlin will start eighth, Marcus Ericsson will start 10th, while Power’s closest rivals Scott Dixon and Josef Newgarden will start 13th and 25th respectively.

“It’s such a big day tomorrow that I can’t celebrate much because I’ve got to be so focused on tomorrow,” Power said.

“Tremendous milestone. To be out there with an iconic guy like Mario is amazing. When I think about the era he raced in, how dangerous it was, and how much more of a risk it was, it just blows my mind I’m there with Mario.”

Andretti expected record would be broken

The IndyCar legend and former Formula 1 championship was happy for Power and stated he knew the record would be broken at some point.

“Awesome. I know how much I loved qualifying, and I can see he’s the same,” Andretti commented.

“Trying to reach and trying to do the lap you know you cannot repeat. That’s what puts you on pole. It (losing record) was coming. It’s beautiful. It’s great for the series and the sport. Records are made to be broken, and it’s with a good man.”

While the championship contenders struggled, Power will still have to stay focused as a group of hungry drivers looking to end their seasons strongly starts directly behind him.

Callum Illot will join Power on the front row, with Alexander Rossi and Romain Grosjean starting behind them. Last year’s champion Alex Palou will start fifth, with the Spaniard’s reign as champion coming to an end.