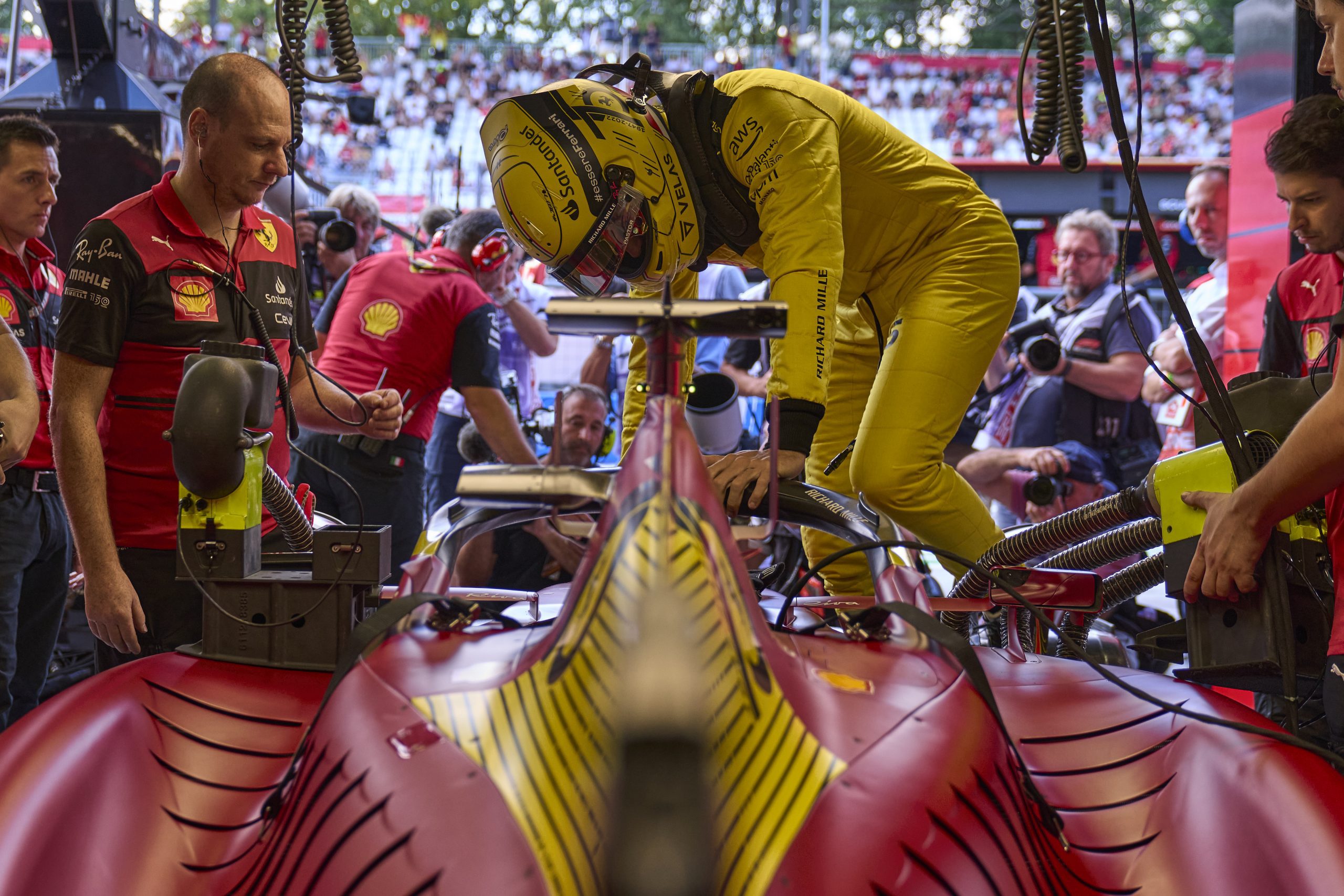 Charles Leclerc claimed a dominant pole position for today’s Italian Grand Prix, meaning that both he and Ferrari will be expecting a win in front of their adoring Tifosi. The Monegasque’s advantage is furthered by the fact that Red Bull’s Max Verstappen, despite a qualifying second, will start seventh after incurring an engine penalty.

In fact, the next four drivers behind Leclerc in yesterday’s qualifying will all drop down the order for various penalties, meaning Mercedes’ George Russell will start alongside the Ferrari man, with McLaren duo, Lando Norris and Daniel Ricciardo locking out the second row.

With the running order mixed for the second time in the space of three races, the 2022 Italian Grand Prix will undoubtedly prove to be an exciting affair especially if the drivers between Leclerc and Verstappen can mount a challenge for the race win.

As always the pit stop strategy will undoubtedly determine the day’s results, especially if there are incidents on the race track like at last weekend’s Dutch Grand Prix.

The Italian company has opted to bring its C2, C3, and C4 compounds to the venue meaning that the C2 will serve as the hard tyre, the C3 the medium compound and C4 the softest of the range.

One of Pirelli’s key objectives this weekend is to eliminate the cars’ tendency to understeer into the slow corners given that all 10 teams on the grid are optimizing for straight-line speed this weekend, meaning that their setups aim to eliminate drag by reducing downforce.

Pirelli predicts a one-stop race with their simulations indicating that the fastest way to complete the 53-lap race would be to start on the soft compound C4 tyre before swapping to the C2 hards for the duration of the race.

Alternately a driver could start on the medium compound C3s, extend his opening stint, and then finish the race on the hard tyre.

“It’s a big event for us as we enjoy our 150-year anniversary at home, where Monza also celebrates its first century!” Pirelli’s Motorsport Director Mario Isola stated.

“So we are looking forward to a big festival of motorsport in Italy, which we can rightly feel very proud of as we equip the most sophisticated and efficient cars in Formula 1 history with 18-inch tyres.

“Monza is well-known for its high speeds and some fast corners where it’s important to have a car with perfect balance.

“This year’s tyres should lead to less overheating at the rear on a track where the cars run low downforce and often use slipstreaming to gain a tow.

“With no sprint race in Monza this year, the teams will head into the grand prix with a bit less information than last time, which means that the strategic approach will be somewhat different.”

Can Russell or McLaren force an upset?

The Mercedes team, and Russell in particular, have made a habit of showing up on a Sunday. While the team has only claimed one pole this season, their race form has seen them slowly close the gap to Ferrari in the Constructors’ Championship with the Brackley-based squad now only 30 points behind their Italian rivals.

While Leclerc and Ferrari have an obvious pace advantage, a poor strategy call or a mechanical failure could open the door for those behind them.

In fact, it was McLaren who secured a one-two last year following an incident-filled 2021 Italian Grand Prix. While the team from Woking aren’t nearly as competitive this season as they were last year, the Monza circuit seems to play to their strengths meaning a good result, even if it’s not a win or a podium, could be on the cards.