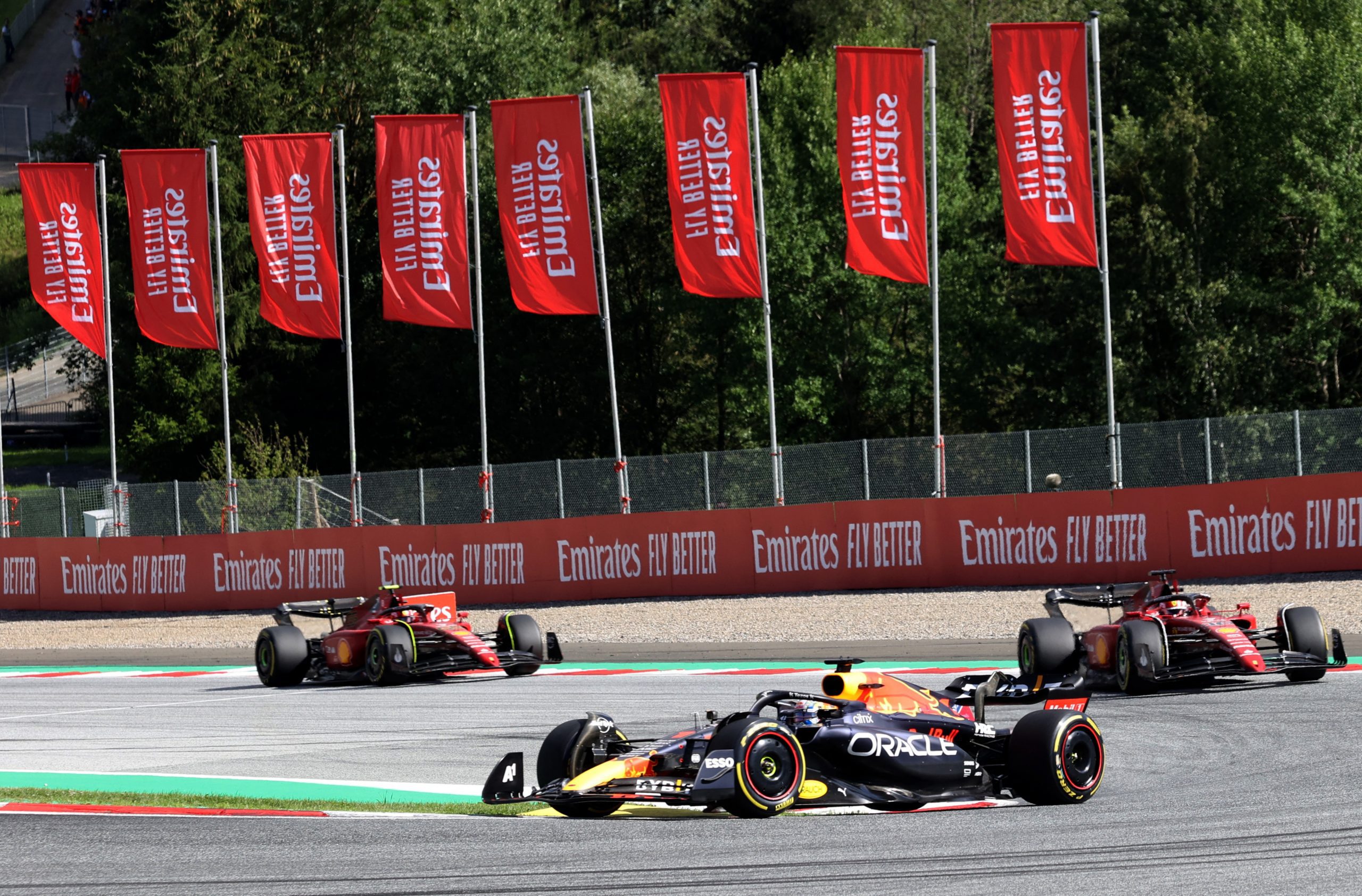 Mercedes’ George Russell finished fourth with Sergio Perez, perhaps having the most exciting race of any driver on the grid, went from 13th to fifth. The biggest loser from yesterday’s race was Fernando Alonso, who failed to start the race and now finds himself starting from the back of the grid.

However, with three DRS zones and 71 laps, the main Austrain Grand Prix is far from a forgone conclusion with everything still left to play for.

As always the pit stop strategy used by the teams will play a key role in determining the final outcome of the race.

What are Pirelli saying

The company also predicts a two-stopper as the best way to go, with the winning strategy from last year seeing the drivers start on the medium compounds before doing two sessions on the hard.

“The asphalt at the Red Bull Ring offers reasonably low grip on a low-severity circuit, which makes it possible to bring the softest tyres in the range,” Pirelli’s Motorsport Director Mario Isola said.

“This helps us in putting the focus on entertainment, at a venue that has often delivered exciting races in the past, thanks to a busy and compact lap that’s essentially a series of short corners.

“Traction and especially braking are key here: with a  particular risk of lock-ups in some of the tricky downhill braking areas. Maintaining the performance of the rear tyres throughout the lap is also vital to ensure adequate traction. Our tyre nomination makes a variety of different potential strategies possible.”

Can Ferrari mount a challenge?

It’s no secret that Verstappen loves racing at the Red Bull Ring. The Dutchman has won five of the last seven races at the venue (counting the Styrian GP and yesterday’s Sprint) and with a contingent of Dutch fans roaring him on, will be hard to beat once more.

However, it could have been a very different race yesterday if Leclerc and Sainz had worked together rather than fighting amongst each other. The start as always will be crucial and with the three different DRS zones, the drivers from Ferrari will be relishing their chances.