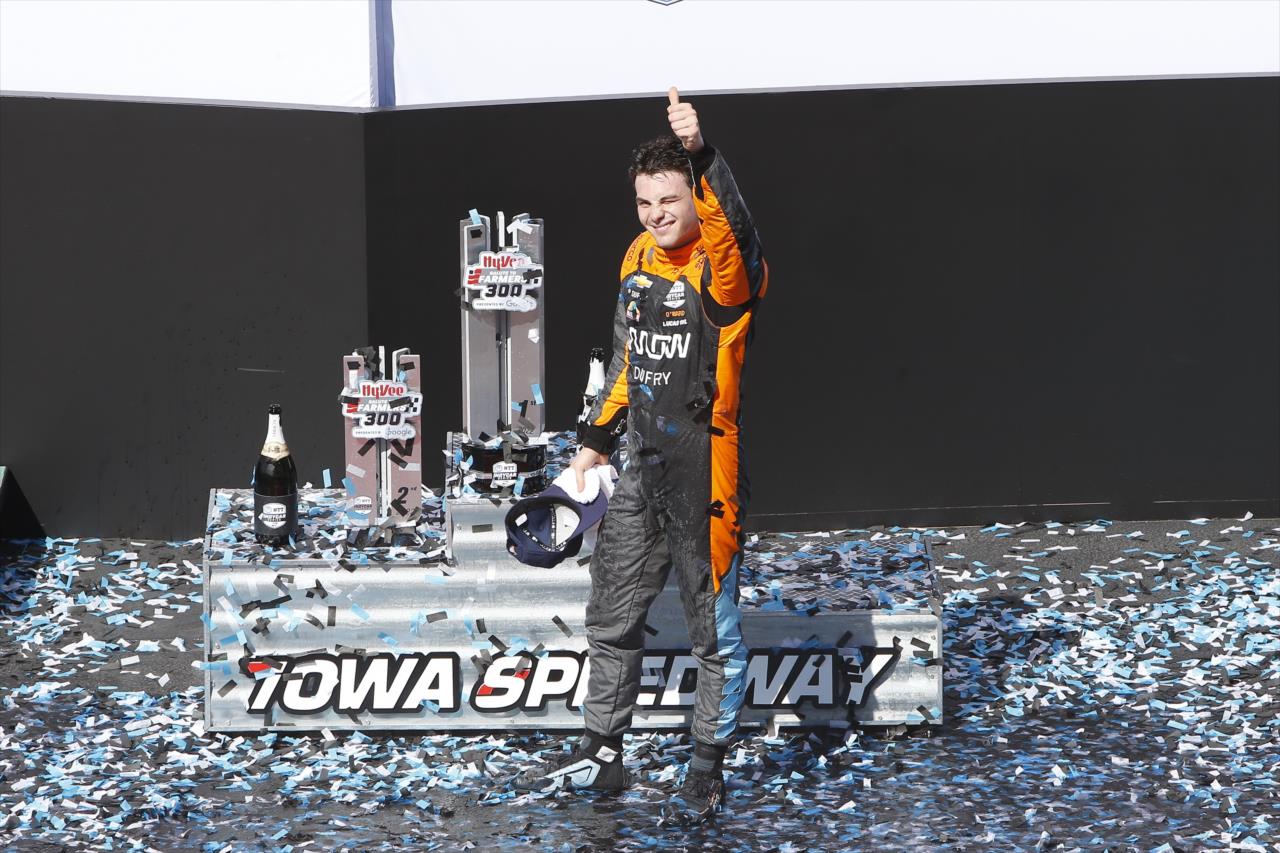 In a reversal of Saturday’s race, McLaren driver Patricio O’Ward claimed the win at IndyCar’s Hy-Vee Salute to Farmers 300, after yesterday’s winner Josef Newgarden made an uncharacteristic error and crashed into the barriers while in the lead of the race.

O’Ward, who was in second when Newgarden crashed, took the lead of the race on lap 225 and the grid made their final pit stops the Mexican never looked claiming the win ahead of Will Power and his Penske teammate Scott McLaughlin.

The win moves O’Ward to fifth in the standings with Power eating into championship leader Marcus Ericsson’s advantage at the top of the standings, with the Swede having a disappointing weekend finishing eighth and sixth respectively over the weekend’s two races.

O’Ward takes his second win of the year

The McLaren man stated that he has endured a frustrating few weeks after failing to win a race since the season’s fourth race at Alabama. While O’Ward was fortunate to profit from Newgarden’s error, the Mexican believed his reward was just given the season he’s had.

“Hopefully we can win a couple more,” O’Ward said after the race.

“That would be fantastic. We’ve had a good year, but we’ve dumped two wins in the past couple of months. So, it’s definitely been a frustrating but rewarding few weeks. This is the perfect momentum we need.

“The No. 5 Arrow McLaren SP guys in the pits were awesome. That’s what gave us our win. Obviously, I did my job in the car to keep her safe and maintain.

“I knew we had the pace, but it’s just tough whenever you’re going through the traffic. The guys in front of me are handling it a different way than you do, so it’s just different every lap.”

Despite walking away from the incident unharmed, Newgarden cut a forlorn figure after a mistake at turn 4 saw him crash into the wall and sustain heavy damage to the rear of the car. The Penske driver took full ownership for the crash with his result ending a phenomenal run of finishes at the treacherous Iowa Speedway.

“It was a bit of a shock,” Newgarden said following the incident.

“Man, I want to cry. So sad for my team. I don’t know what happened. It was a good run. I feel terrible for us. I don’t know; something went wrong there.”

Adding salt to the wound, Newgarden would have walked away with the lead of the championship if he had taken the checkered flag, instead, Newgarden now finds himself 34 points behind Erricson with five races left in the season.

Apart from the series regulars, NASCAR legend Jimmie Johnson also made a special appearance at the race with the seven-time NASCAR Cup Series Champion finishing fifth in the race, which is also his best ever finish in IndyCar.

The IndyCar series will now head to the Indianapolis Motor Speedway road course in a week’s time for the Gallagher Grand Prix.