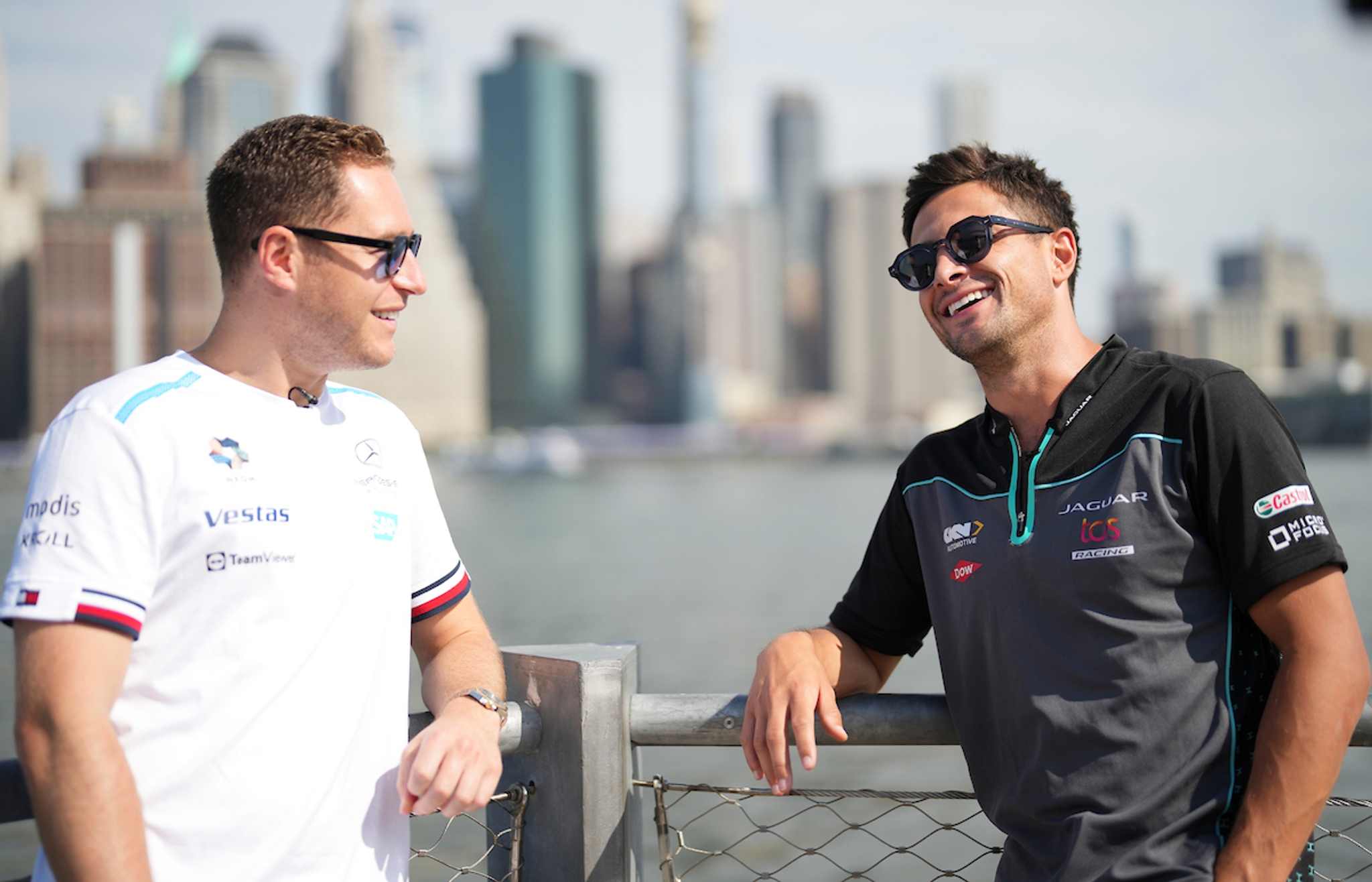 Championship contenders Mitch Evans and Stoffel Vandoorne are among several Formula E drivers who who feel the amount of energy for races has not been reduced enough for the 2022 London E-Prix.

Ahead of the event, Formula E cut the usable race energy to 46kWh which is less than 2021’s 48kWh, a number which was also reduced from 52kWh.

Last year’s races at the ExCel Arena in London saw lots of incidents as drivers made late lunges in an attempt to make an overtake on the tight half-indoor circuit.

This was because the race was nearly flat out so there was less lift and coast in the braking zones compared to other events, making overtaking significantly tougher.

“So it’s going to end up basically being similar to last year. I don’t think it will make any difference at all.”

The 2021 track saw a tight, double hairpin which was the main crux of the contact between drivers.

In a bid to solve the problem, track organisers have replaced the hairpins with two chicanes. However, Jaguar driver Evans believes more could have been done.

“I think the chicanes are too fast,” Evans told the press. “There could have been more of a braking zone into the first chicane, to make more of a 90 degree corner.

“The track is already hard enough overtake, so we’ve now removed a good passing opportunity which was one of the hairpins.

“Either the track will be maybe a little bit better from that side, or we should reduce more energy so we have a lot more energy saving the race. We’ve already reduced it a lot but I think maybe more can be done to make the braking phases longer.”

Championship leader Vandoorne revealed Mercedes conducted a simulation last year that the energy use needed to be around 38kWh in order to have the right amount of lift and coast.

Vandoorne, who leads the Formula E standings by 11 points from Edoardo Mortara with Evans a further five points behind, agreed with the New Zealander’s comments.

“Overtaking is going to be very hard, especially with the way the track is built, but it’s mainly the energy that is a bit too easy around circuit,” said Vandoorne.

“With 46kWh, it’s still pretty high compared to other races in terms of what we need to lift and coast.

Porsche‘s Pascal Wehrlein added: “Already last year was difficult to overtake and I expect it to be more difficult this year. The energy reduction I think this could be more but I think it’s not too bad.”

Formula E‘s new qualifying format has widely been praised after criticism about the old concept for being too artificial.

Due to the difficulty of overtaking, qualifying will be more important than it has been all season, especially for the title protagonists.

Reaching the duels stage of qualifying guarantees a top eight starting position, but the drivers will likely have to reach the semi-finals to ensure a slot on the front two rows of the grid.

Jean-Eric Vergne and Mortata failed to reach the duels last time out in New York, which resulted in the Venturi driver losing the championship lead, whilst Vergne fell to 27 points behind Vandoorne.

Morata admits there is more pressure now with just the London and Seoul rounds left, but doesn’t see it in a negative way.

“I don’t think the pressure is really a negative,” Mortara exclusively told Total-Motorsport.com. “There is added pressure because we were fighting the World Championships and clearly there is no room for mistakes.

“We have consistently been fighting at the front, sometimes it’s been worse, sometimes better but overall we’ve done a good job.

“Now, we have a great chance to be fighting for the title and to be at the front for the second year in a row.”