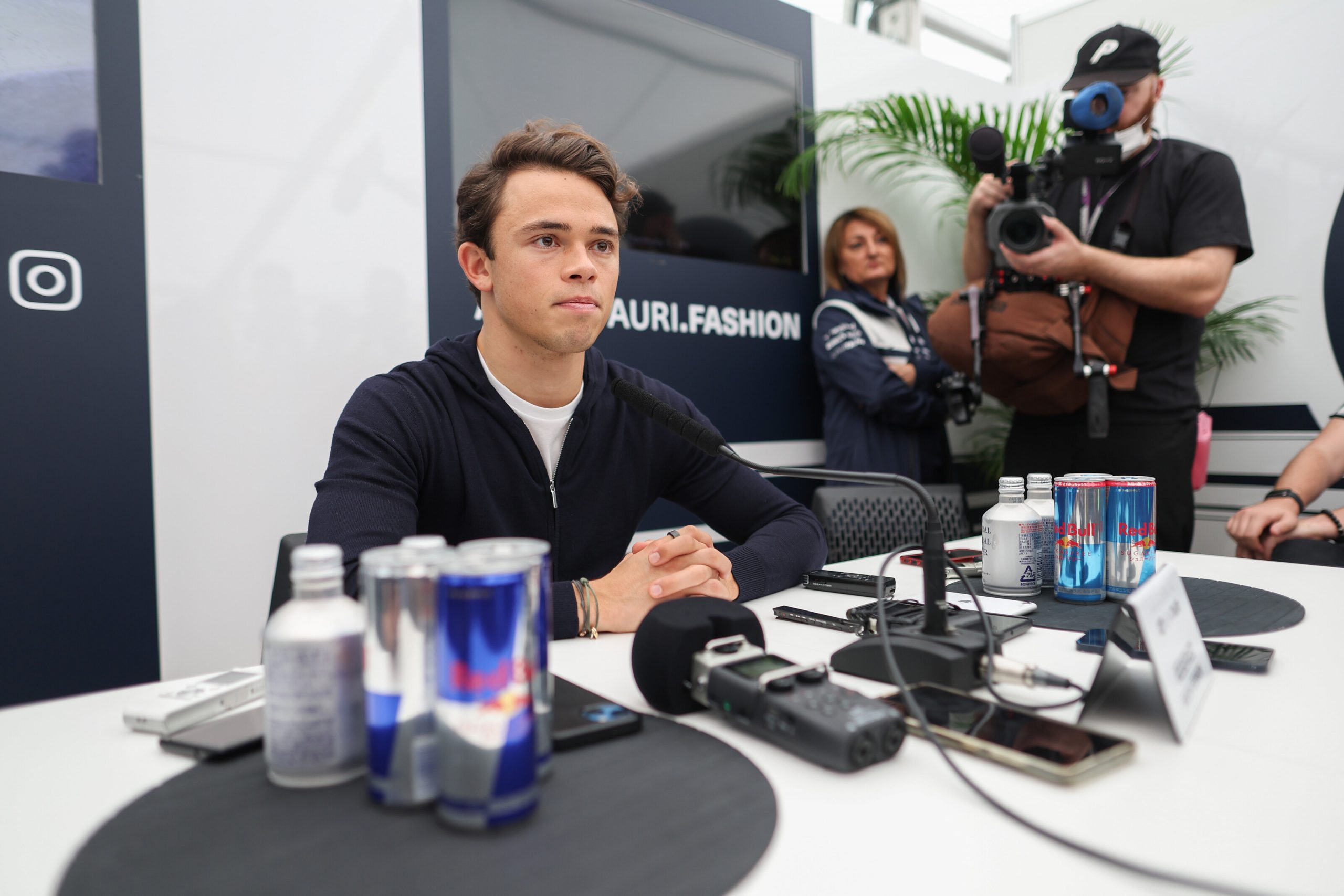 Nyck De Vries hasn’t turned a wheel as a full-time F1 driver but now at AlphaTauri, he’s already embroiled in a legal battle over his 2022 F1 debut with Williams.

De Vries thinks he’s in the clear as he only made his F1 debut at the 2022 Italian Grand Prix as a stand-in for Alex Albon, but Schothorst believes since he competed in F1 that the waiver requirements haven’t been met.

“We invested in De Vries‘ career at a crucial moment and when nobody else wanted to do it anymore,” Schothorst said in a statement to the Dutch media. “We now have different opinions on the interpretation of the agreement we entered into with each other at the time.

“Things like that happen and as a result we unfortunately cannot escape taking the matter to court. We really would have preferred this to be different, but that does not alter the fact that, as a motorsport fan, I wish Nyck all possible success in the continuation of his career.”

“Let me first of all say that I think it is fantastic for Nyck that he has become successful as a Formula 1 driver and that there will be two Dutch drivers at the start of the Dutch Grand Prix in August,” Schothorst said in a statement released to the Dutch media.

Why is De Vries being sued?

De Vries has reportedly paid over £150,000 to Schothorst‘s company Investrand and according to his team, whatever else he owes has now been waived as he hadn’t secured a full-time F1 contract until the start of 2023.

“Everything shows that Investrand cannot stomach the fact that De Vries became a Formula 1 race driver in 2023, and not in the last year of the agreement,” said De Vries‘ lawyer, Jeroen Bedaux in court in Amsterdam on Tuesday.

However, Schothorst believes De Vries started his F1 career the moment he competed in the 2022 Italian Grand Prix, and that means he’s entitled to the rest of his money.

He’s sued De Vries and a court decision from Amsterdam is expected in early February, ahead of the start of preseason testing.

De Vries used the money to finance his 2018 F2 seat with powerhouse Prema. However, he was beaten by Albon, Lando Norris and George Russell in the championship and finished fourth.

He left Prema for the next season and joined Nikita Mazepin at ART, winning the 2019 F2 championship by over 50 points from Nicholas Latifi.