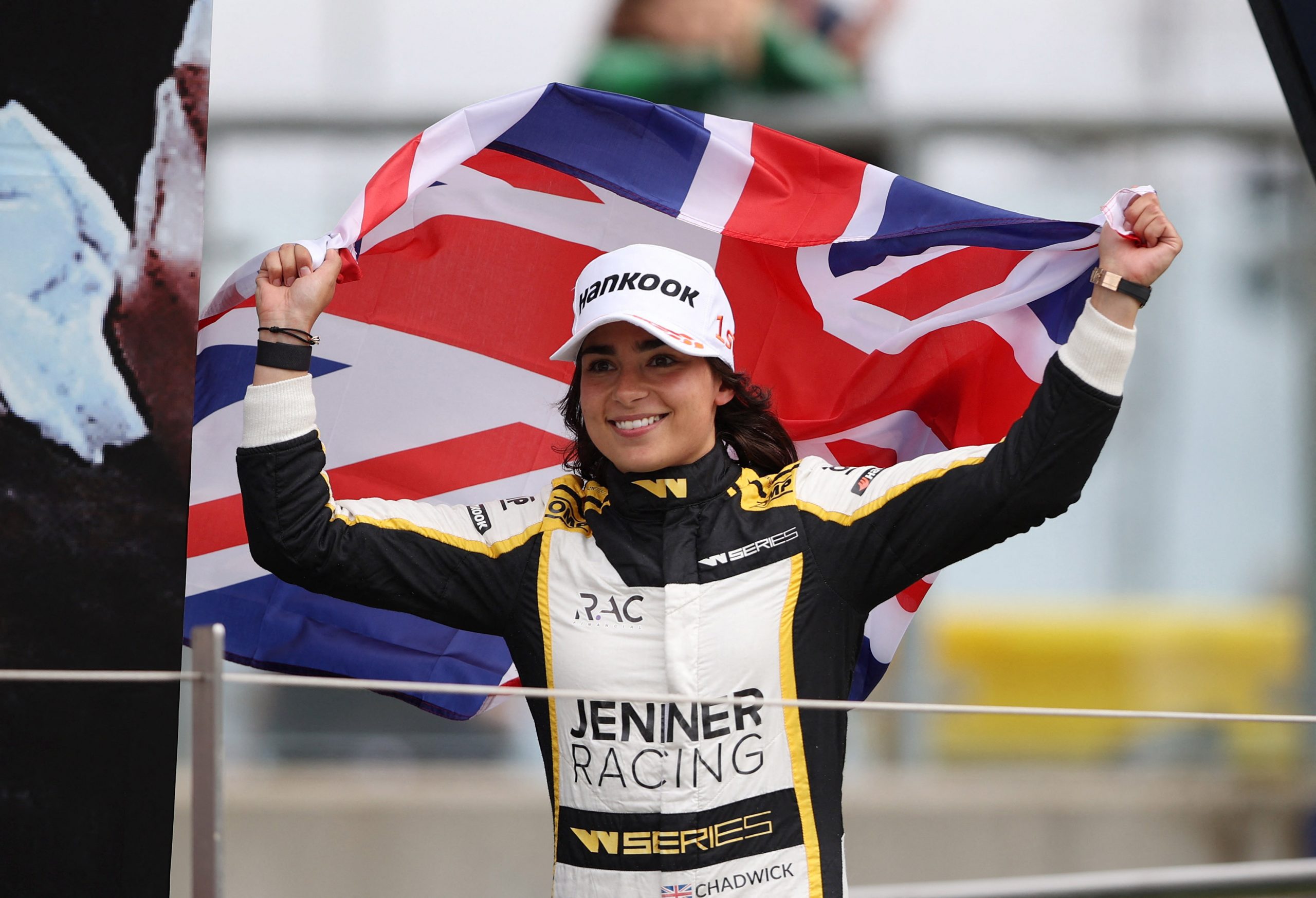 Nico Rosberg believes now is the right time for Formula 1 to implement changes that make it easier for female drivers to reach the pinnacle of motorsport.

At the 2022 French Grand Prix, Jamie Chadwick continued her total dominance of the W Series championship, but the two-time W Series champion doesn’t have an obvious route to F1, despite being a development driver for Williams.

Rosberg pointed to Extreme E and his own Rosberg X Racing as an example of a successful championship with gender equality, but stopped short of calling for a similar quota in F1.

“We need to promote women in motorsport more strongly, as we do in Extreme E, and that goes all the way to Formula 1! For this, we need financial, but also idealistic support,” Rosberg said in a column for Die Welt.

“We need support from associations, clubs, racing series, sponsors, manufacturers and fans so that female racers are supported from an early age and manage to attract the attention of financiers and the media.

“Does Formula 1 also need a quota in order to finally make progress in terms of equality? I don’t have a final solution, but I have learned one thing in Formula 1: where there’s a will, there’s a way. And there is a solution for everything!”

Rosberg’s Extreme E outfit are the reigning champions in both the teams and drivers’ championships, and look good to repeat that feat in 2022.

The Swedish pairing of Johan Kristoffersson and Mikaela Ahlin-Kottulinsky most recently won the Island X-Prix 2 in Sardinia, their second victory of the season.

The championship requires the two-person teams have one male and one female driver, who have equal duties behind the wheel, and Rosberg believes that it’s paying dividends.

“I have never seen team bosses fight so hard for the most talented girls in order to win,” Rosberg said.

“I spent nights on the phone with Mikaela because three other teams also wanted her. It was worth it, because she is becoming an incredible weapon in the fight for the championship.

“In Sardinia, she fought a wheel-to-wheel duel with Timmy Hansen – a World Rallycross Champion – and then swept away nine-time World Rally Champion Sebastien Loeb.

“In the race, she made the decisive overtaking manoeuvre against Jutta Kleinschmidt, the only female Dakar Rally winner to date. In my eyes, this makes Mikaela the best female racer in the world at the moment.”

Lack of opportunities holding F1 back

Rosberg also cited other examples of female success in motorsport, but added their exploits hadn’t been built upon.

“I also raced against girls in karting: Susie Wolff, the wife of my ex-team boss Toto Wolff, was my opponent and she made it into the top five,” Rosberg said.

“One of the best examples is also Sophie Kumpen, Max Verstappen‘s mother, who raced strongly at WRC level.

“Nevertheless, we have given too few women the chance to develop – and subsequently inspired far too few girls on their way.”

Chadwick, 24, is currently seen as the best hope for a female F1 driver. She’s the reigning back-to-back W Series champion and currently holds a commanding 70-point lead in this season’s championship.

However, the fact she’s had to return to the series again this season is a sign of how difficult it is to advance up the racing ladder.

After her 2021 triumph Chadwick said she’d raced in W Series for the last time, and was reportedly hoping to secure a Formula 3 seat. But, she’s been forced to participate in a third W Series season.

Whilst not naming Chadwick, Rosberg said he thought it was a mindset problem with the sport’s elite, rather than a lack of any physical qualities in the drivers that’s holding women back.

“Whether women can be just as fast as men? I don’t see anything that speaks against it,” Rosberg said.

“In motorsport, just like in equestrian or sailing, the alleged physical superiority of men hardly plays a role. We have the race car that puts the power to the ground, the rest is talent, experience, technique and above all mental strength.

“Small and petite racers even have an advantage over tall and heavy drivers. And as the father of two self-confident daughters, I know: women have just as much courage as men, and not only on the race track.

“Unfortunately, they often still don’t have the same opportunities, the same support and the same network as the men who have dominated the sport since its beginnings.”