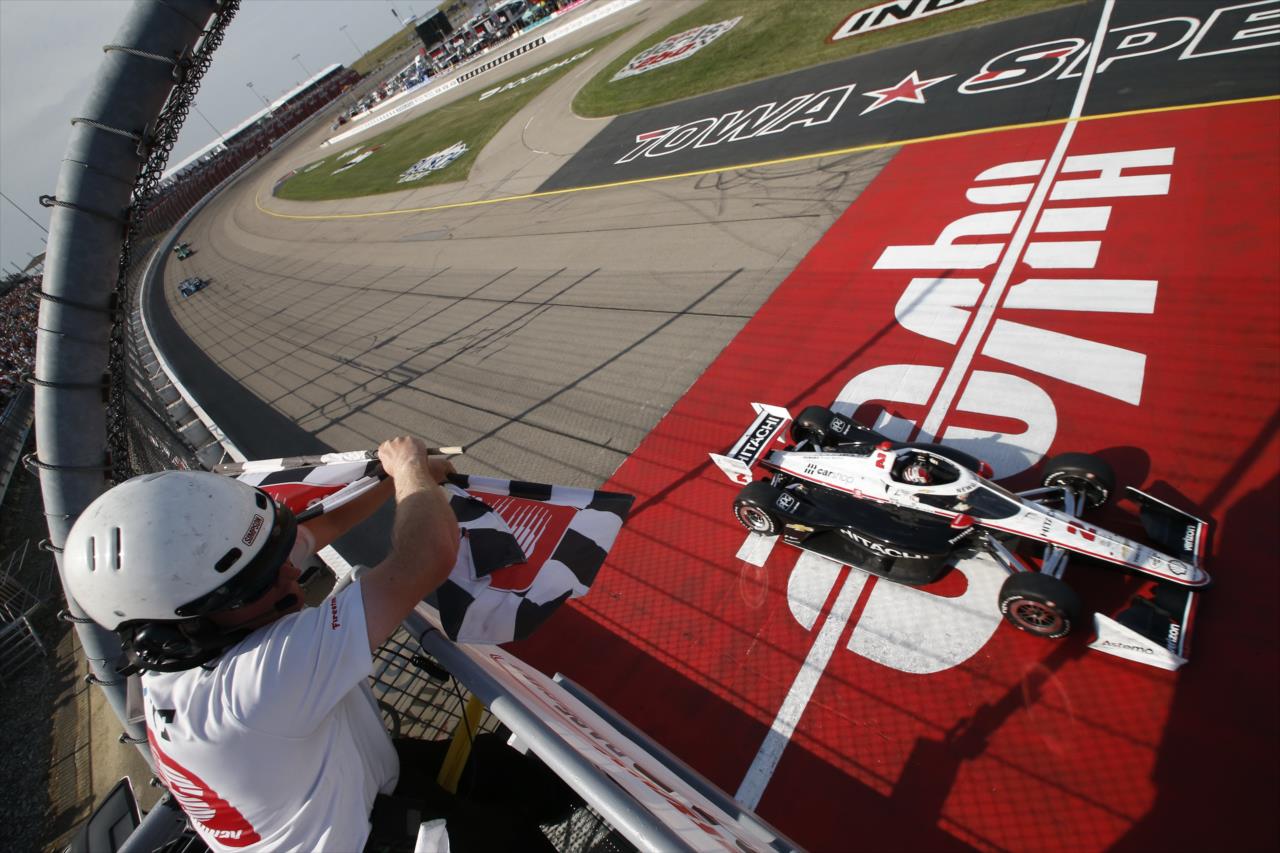 Penske driver Josef Newgarden took a comfortable win during the first race of IndyCar’s Hy-VeeDeals.com 250 doubleheader at the Iowa Speedway.

Newgarden’s win means he is now the most successful driver to race at the Iowa Speedway, with the American claiming his fourth win at the circuit, one ahead of 2012 IndyCar champion  Ryan Hunter-Reay.

McLaren’s Patricio O’Ward finished second with Will Power finishing third. The result also means Newgarden has finished every lap in the last nine races at Iowa, which is a remarkable feat in itself.

Speaking after the race, a delighted Newgarden said the win was quite straight forward with the Penske man beating O’Ward by 6.178 seconds and leading  208 of the race’s 250 laps.

“It was actually pretty nice and easy in there, to be honest with you,” Newgarden said after the race.

“The car was good. I was surprised at how hard these guys were pushing on the restarts. This is a long-game day.

“I was disappointed after qualifying. I just hate losing, and I felt like we had enough to get the job done, and we didn’t. It motivated me. I knew we had a car here today to win this race in front of this great crowd. It’s one of my favorite tracks.”

Newgarden also launched himself into championship contention with the 31-year-old moving up to second in the standings, 15 points behind championship leader Marcus Ericsson.

“I feel good,” Newgarden commented about his championship chances.

“We’ve been in the game. It’s just not where we want to be in the game. We’re in the fight; we’re relatively there. We just got to figure out how to have more consistency. It’s either winning or going sideways on our weekends.”

O’Ward had no answer to Newgarden’s pace

Despite feeling like his car kept improving over the course of the race, O’Ward said he simply couldn’t keep up with the pace of Newgarden. The Mexican also cited that he took a lot of life out of his tyres by battling Power and Alex Palou to claim his second place.

“I was pushing Josef there at the end, but we didn’t quite have it,” O’Ward said.

“We kept making the car better and better each stint. There at the end, I think we took a little bit out of them getting by Will and getting by Alex (Palou) and getting back the lappers trying to catch the No. 2.”

The second race at Iowa will take place on Sunday, July 24.