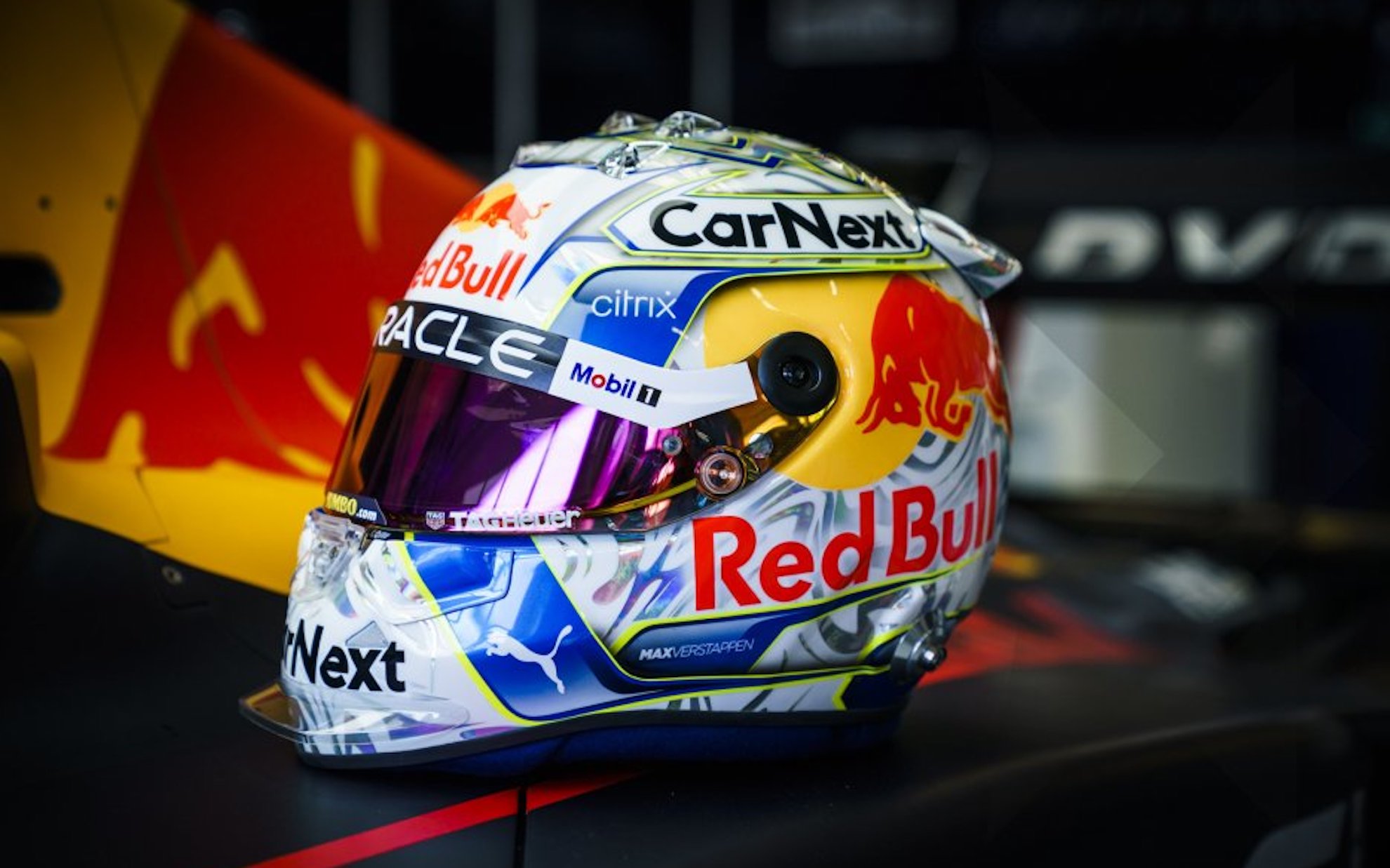 Red Bull will look to get back to their winning ways at their team’s home race in Austria this weekend, with Max Verstappen marking the occasion with a new helmet design.

The Dutchman is clearly fond of the Red Bull Ring, winning there in 2018, 2019 and 2021. Verstappen even won the Styrian Grand Prix, held at the circuit each of the last two seasons, last year as well.

Verstappen will be hoping the new design, and the expected capacity crowd at the Red Bull Ring that will feature a sea of orange, can help him claim another victory in Spielberg.

“Yes, it’s been really growing, you know, over the last few years, and it’s always great to see that much orange around the track,” said Verstappen.

“You know, up until this year I never understood why we were quick here because it never really suited our package because of the long straights basically,” Verstappen said.

“Of course there was a bit of altitude involved and I think the Honda engine is pretty good at altitude. But yes, this year we have to wait and see.

“We’ve been quick on the straights but in high-speed, Ferrari and Mercedes have been really competitive so we have to wait and see how quick we’re going to be. But I’m just very excited for the whole weekend.”

He isn’t the only driver that will be sporting a new design, so here’s a look at the others, starting with Mercedes‘ George Russell.