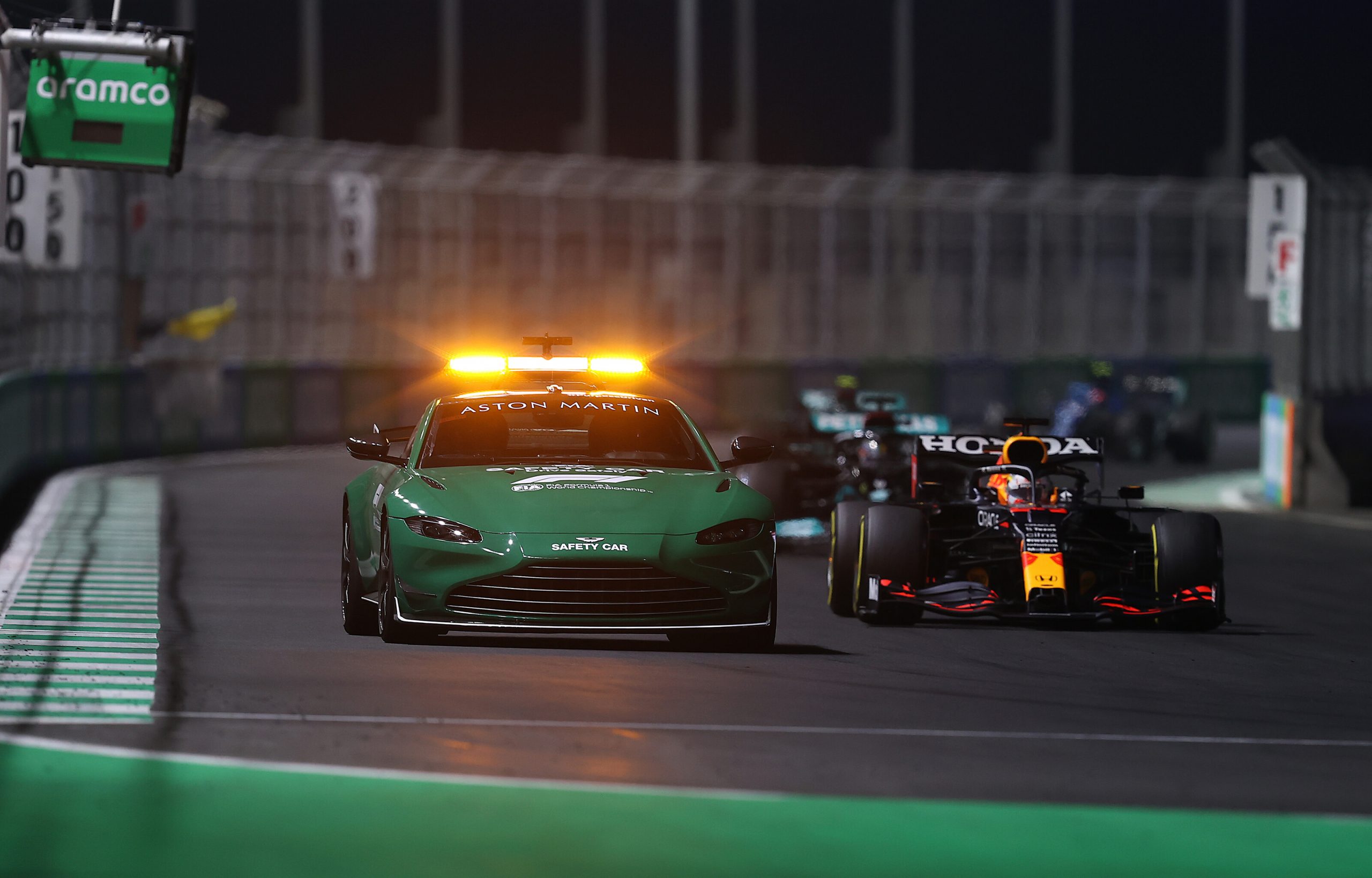 Formula 1 fans across the world are still debating the controversial ending to the 2021 Abu Dhabi GP, and the FIA have announced series of meetings will take place with the teams and drivers to discuss the final laps of the race, including the Safety Car procedure.

In a statement on January 13, the FIA spoke out for the first time since the announcement that they would launch an inquiry into the events that took place at the Yas Marina circuit, hinting at possible rule changes.

“The FIA President [Ben Sulayem] launched a consultation with all F1 teams on various issues, including this one,” said the FIA statement.

“On January 19, an item on the agenda of the Sporting Advisory Committee will be dedicated to the use of the Safety Car.”

Of course, the detailed analysis has been triggered by the circumstances which led to Max Verstappen‘s last lap, title-winning overtake on Lewis Hamilton.

Hamilton was leading the Grand Prix and had everything under control until Nicholas Latifi crashed with five laps to go.

The accident led to a Safety Car and it was not clear whether Latifi’s car would be cleared in time for a restart. Initially, the lapped cars were not going to be waved by, which is what happened at the 2020 Eifel GP. This is within the rules.

However, F1 race director Michael Masi made a very late call to only let five cars unlap themselves. These five cars were the drivers in between Hamilton and Verstappen.

The controversy here is the other lapped cars were not allowed to be waved by. Masi also failed to follow a regulation which states the Safety Car should not pit at the end of the same lap when a wave by takes place, so two clear rules were broken in Abu Dhabi.

This whole sags is much bigger than simply Masi as race director. F1 must put in the right protocols to prevent another race ending in controversial circumstances due to the use of the Safety Car.

Throwing a red flag, if there’s an incident within the final five laps, seems to be one clear solution which is what happened at the 2021 Azerbaijan GP.

The only problem with this is the standing start restart. Yes, they can be exciting and dramatic but the likelihood of another crash is quite high because some drivers will feel they have nothing to lose, which could led to another accident.

This could lead to another stoppage, or a Safety Car where the race would then end with no more green flag running which no racing fan wants to see. To prevent this, perhaps F1 should look to NASCAR.

NASCAR’s Green-White-Checker (G-W-C) rule offers the chance of a race ending under green flag conditions. The way the regulation works is if the race is under caution (behind a Safety Car) with two laps to go, the number of laps left is frozen, so there isn’t an anti-climatic ending.

If F1 implemented this rule, the teams would know there is guaranteed to be a two-lap sprint with a normal safety car restart which would include allowing all lapped cars to be waved by.

This would give the teams a fair chance to think about their strategies and consider what is the optimal way to finish the race and beat their rival.

There is also less chance of a major crash on a safety car restart compared to a standing start restart, so it’s likely the final two laps can be run under green flag conditions.

One problem might be fuel. Depending on the speed of the Safety Car, the drivers can save up to half a lap of fuel when running behind the Safety Car, compared to green flag conditions.

If the Safety Car is expected to be quite long and there is a possibility most drivers will run out of fuel, the race director can simply red flag the race before sending everyone back out again for the G-W-C.

However, you will not be allowed to change tyres during a red flag, so any strategic games will have to be done when the Safety Car comes out.

This is an ideal and more importantly fair solution to end a race if there is an accident in the closing stages of a Grand Prix.

If F1 had these rules in the 2021 season-finale, Mercedes almost certainly would have pitted Hamilton. One reason they didn’t is because it wasn’t clear if the race was going to end behind the Safety Car. If Masi followed the regulations, this would have been the case and Mercedes would have made the right choice.

Masi would have been under huge pressure to have a green flag finish, hence why he told Toto Wolff, “We went motor racing” in the aftermath of the Grand Prix.

A G-W-C rule means the race director isn’t under pressure to rush the situation in order to get a race to the chequered flag.

Under this scenario, Red Bull would likely pit Verstappen because holding off Hamilton on an old set of hard tyres, with two laps to go, would be a huge task.

It’s not a certainty though they would have gone for the track position route, which is the great thing about a G-W-C because the strategic element remains, whereas a red flag causes everyone to put a new set of tyres on their car for the standing start restart.

We’ll find out if F1 decide to make any significant changes to the Safety Car regulations, especially when there’s an incident during the latter stages of a Grand Prix, in February when their findings are presented to the F1 Commission. F1 cannot afford a repeat of the mess caused by Masi at the 2021 Abu Dhabi GP.