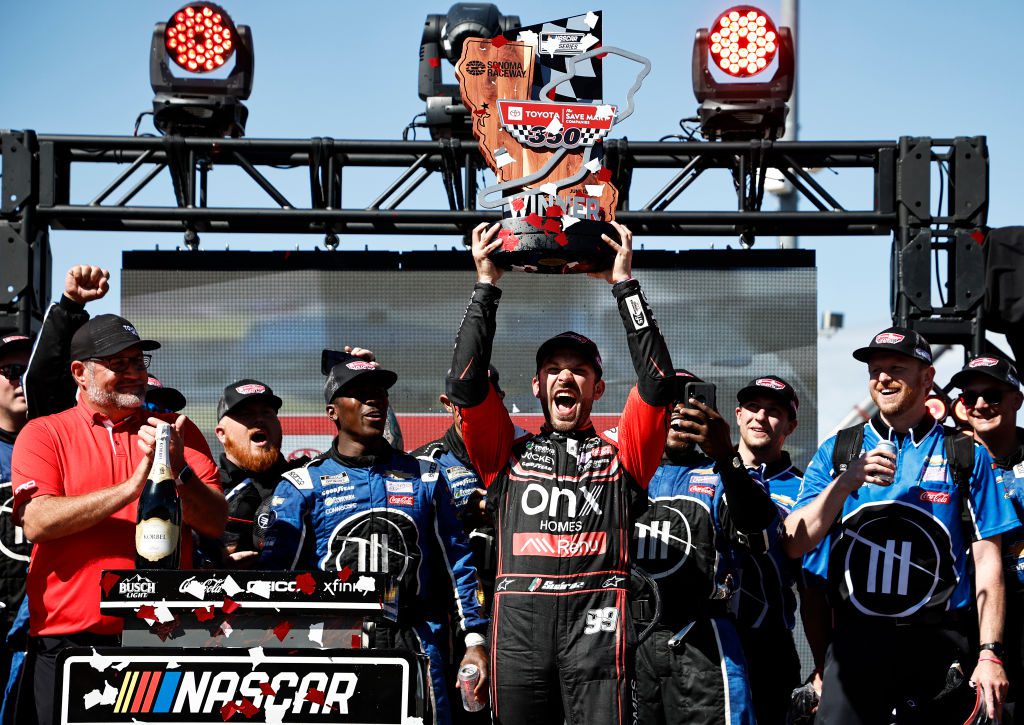 Trackhouse driver Daniel Suarez made history at the Sonoma Raceway when he became the first Mexican-born racer to win a NASCAR Cup race.

Suarez, a product of the NASCAR’s Drive for Diversity program, an initiative that NASCAR undertook to promote diversity and inclusion, beat the RFK Ford Mustang of Chris Buescher to secure the win.

Suarez’s win came in his 195th career start in NASCAR’s flagship competition with the #99 driver overtaking Buescher on a restart with 22 laps of the race remaining. With his win, Suarez joins his Trackhouse teammate Ross Chastain in the 2022 NASCAR Cup Series playoffs.

Suarez ecstatic with his result

Having come close to tasting success on several occasions, Suarez was finally able to take the checkered flag once the final round of pit stops had shaken out.

Despite Buescher’s best efforts, Suarez was able to maintain his lead and ultimately take the win by a little over two seconds.

“It’s a crazy day. I have so many thoughts in my head right now,” Suarez said after the race.

“I mean, it’s been a rough road. It’s been a rough journey in the Cup Series. These guys believe in me, Trackhouse Racing, Justin Marks, Ty Norris. Everyone that helped me to get to this point.

“A lot of people in Mexico: Jay Morales, Carlos Slim. My family, they never gave up on me. A lot of people did, but they didn’t. Just very happy we were able to make it work.

Both Suarez and Trackhouse team owner Justin Marks were delighted with the result with Suarez in particular raving about the environment within the team.

“Their energy,” Suarez said about what makes Trackhouse such a good to race for.

Marks also commented on how hard Suarez and his crew have worked this year, especially after witnessing the other side of the garage claim two wins this season.

“They’ve been working so hard together. They’ve been so focused, so dedicated trying to get to Victory Lane.

“The No. 1 car (Chastain) winning two races this year was tough on them but they’ve never given up. I’m so proud and happy for them.”