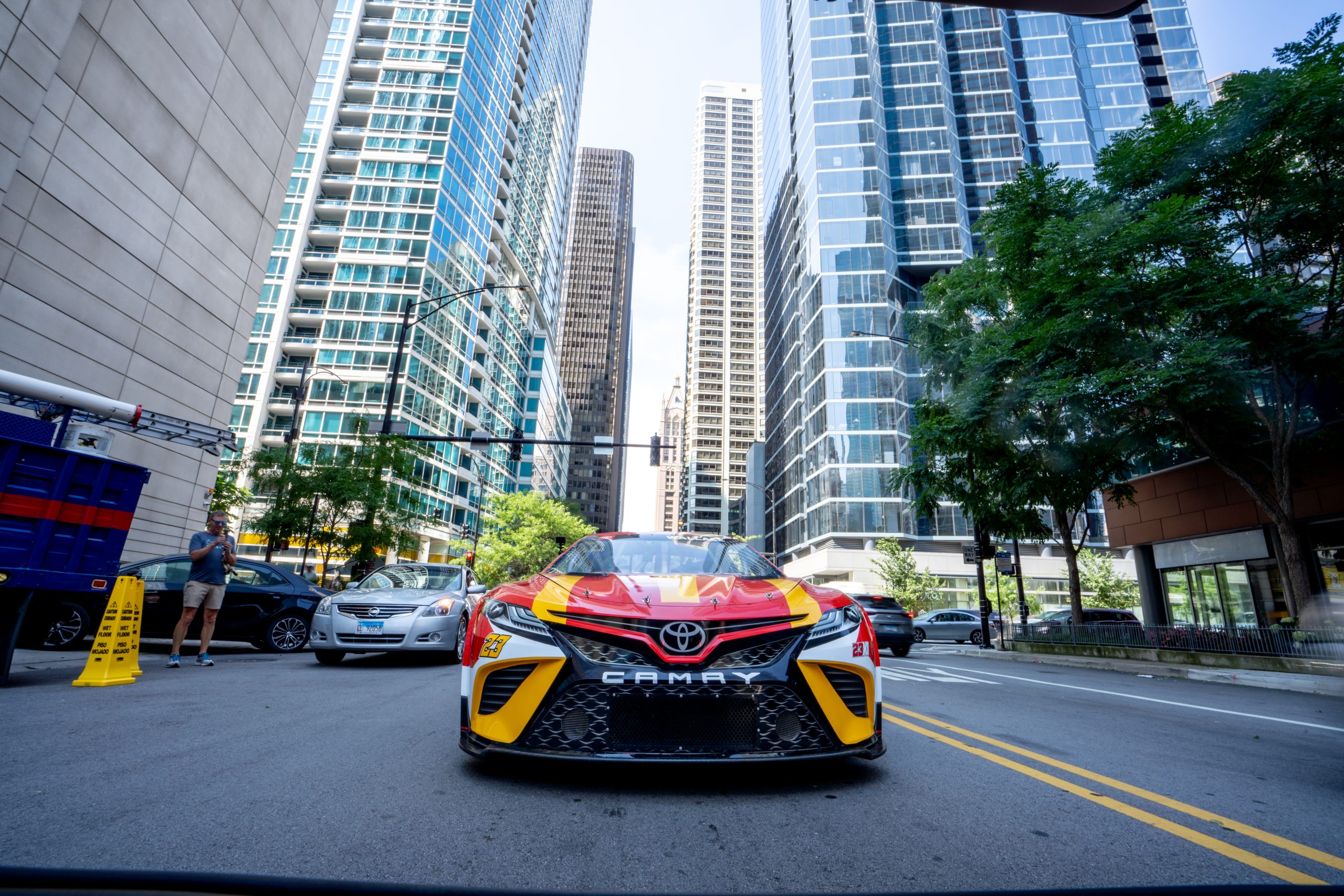 The NASCAR organization has announced that the series will feature a street course based in the city of Chicago for its 2023 season.

With the introduction of its Next Gen race car, the 2022 NASCAR Cup Series has proved to be one of the most open affairs in recent seasons with the series witnessing 14 unique race winners so far. The organizers have initiated a series of measures to increase the sport’s popularity with the addition of the championship’s first street course joining the series’ reintroduction of dirt courses with this year’s race at the Bristol Motorspeedway in April.

The Chicago street course will feature a 2.2-mile (3.22 km) layout around some of the city’s leading landmarks including Grant Park, Buckingham Fountain, and the edge of Soldier Field.

Speaking at the announcement, NASCAR’s senior vice president of racing development and strategy, Ben Kennedy, cited the city’s rich sporting heritage as one of the major draws for selecting the location.

“Really excited about announcing that for the first time with our national series that we’ll be bringing it to a street course, and what better place to do it than downtown Chicago, such an iconic city,” Kennedy said.

“You think about the history of sports there, the iconic monuments and facilities around Chicago, and the support that we’ve had around Chicago as well. Mix that in with the great racing that we’ve seen with our NASCAR Cup Series, certainly going to be a very special moment in the summer of 2023 as we go street-course racing for the first time with the series.”

The layout was first developed on iRacing

An interesting fact about the circuit’s layout was that it was first developed on the popular sim-racing platform iRacing, with the circuit being used during last year’s eNASCAR Pro Invitational Series.

“Certainly a lot of work by the team in coming up with not only the vision for the iRacing event to be able to prove out what the track would look like, but then ultimately, what the site plan looks like, what the events and activities will look like on the event weekend, which will look significantly different from what we’ve seen at a lot of some of our other events,” Kennedy added.

“We’ll have a number of different music acts, you know, different entertainment options throughout the weekend. IMSA will be joining us with one of their series as well, leading into the Cup Series on Sunday.”

The event has the backing of city officials

Chicago city mayor, Lori Lightfoot, added that the event will receive the full support of the city of Chicago and that the race will be a chance to showcase the city’s landmarks in a manner that is safe for both drivers and spectators alike.

“We’ll be working hand and glove with NASCAR to make sure that the experience is safe but also incredibly enjoyable for the fans,” Mayor Lightfoot stated.

“If you know anything about the city of Chicago, you probably know our tremendous lakefront and icons like Grant Park and Buckingham Fountain. I’m looking forward to showcasing our fantastic city on a global stage.

“We’re going to do everything we can to make sure that this race is a love letter to the city of Chicago.”

The race in Chicago will replace the Road America event on the Independence Day weekend slot on the calendar. Further races will be confirmed in due course with the organizers only confirming a handful of races so for the 2023 NASCAR Cup Series calendar.