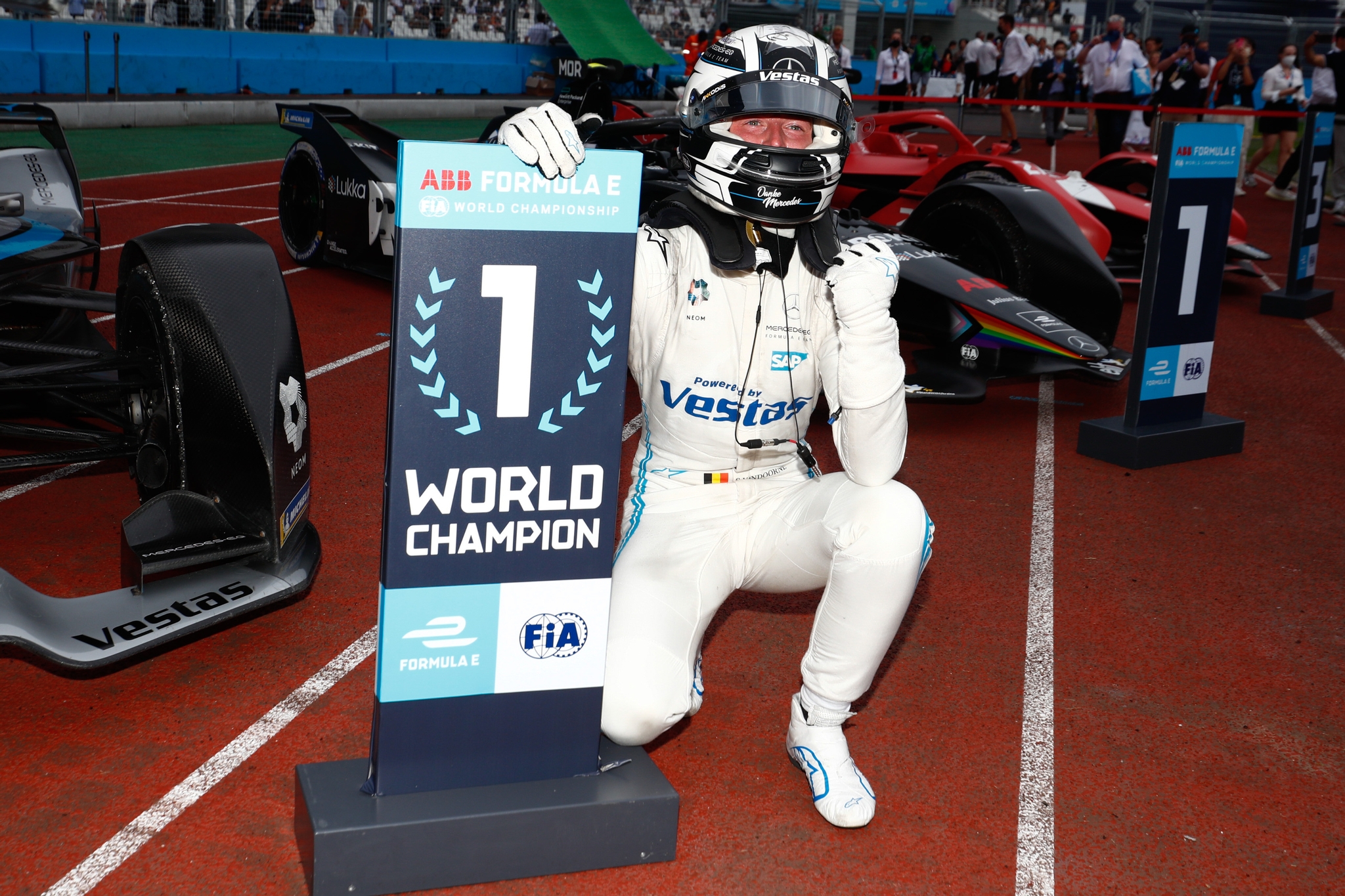 Stoffel Vandoorne sealed the 2022 Formula E Drivers’ Championship after a second place finish in Round 16 at the Seoul E-Prix win, with Edoardo Mortara taking the chequered flag.

All eyes were on the battle between Vandoorne and Mitch Evans after the latter took victory on Saturday, but a poor qualifying performance from the Jaguar driver saw him start Sunday’s race in 13th which all but ended his title hopes.

Vandoorne, who was fourth on the grid, just needed to bring his Mercedes EQ car home, which he did in emphatic fashion and claimed his eighth podium finish of the season.

It also proved to be enough to give Mercedes EQ their second Team Championship.

“Just look at the season we’ve had, the consistency and the car has been amazing, and the team has done an incredible job. I think every single one of us deserves it.

“What we’ve accomplished is something special. Mitch has pushed me all the way along – the same with Edo – they were there all the time. It was really about the consistency in the end, they all have more wins than me, but I have the most podiums I think.

“It was difficult to focus because the pace at the end was so high, I knew Jake had a five-second penalty, so I had to stay close enough to him to secure P2.

“It was an awesome day, a lot of concentration. I am drained after this year, it has been a lot of effort, the effort I have put in and the team has put in – it is incredible.”

One time title challenger Mortara took control of the race after a brilliant move on polesitter Antonio Felix da Costa in the DS Techeetah on Lap 3, and from there the Venturi man raced off into the distance.

It was a momentous day for Formula E as the series celebrated its 100th race, as the Gen2 era came to an end in Seoul, with Gen3 debuting next season.

After 16 races in 10 cities across the world, Formula E has its biggest season to date, and going into the 2023 campaign, the Gen3 era will see 18 races in 13 cities, beginning on January 14.