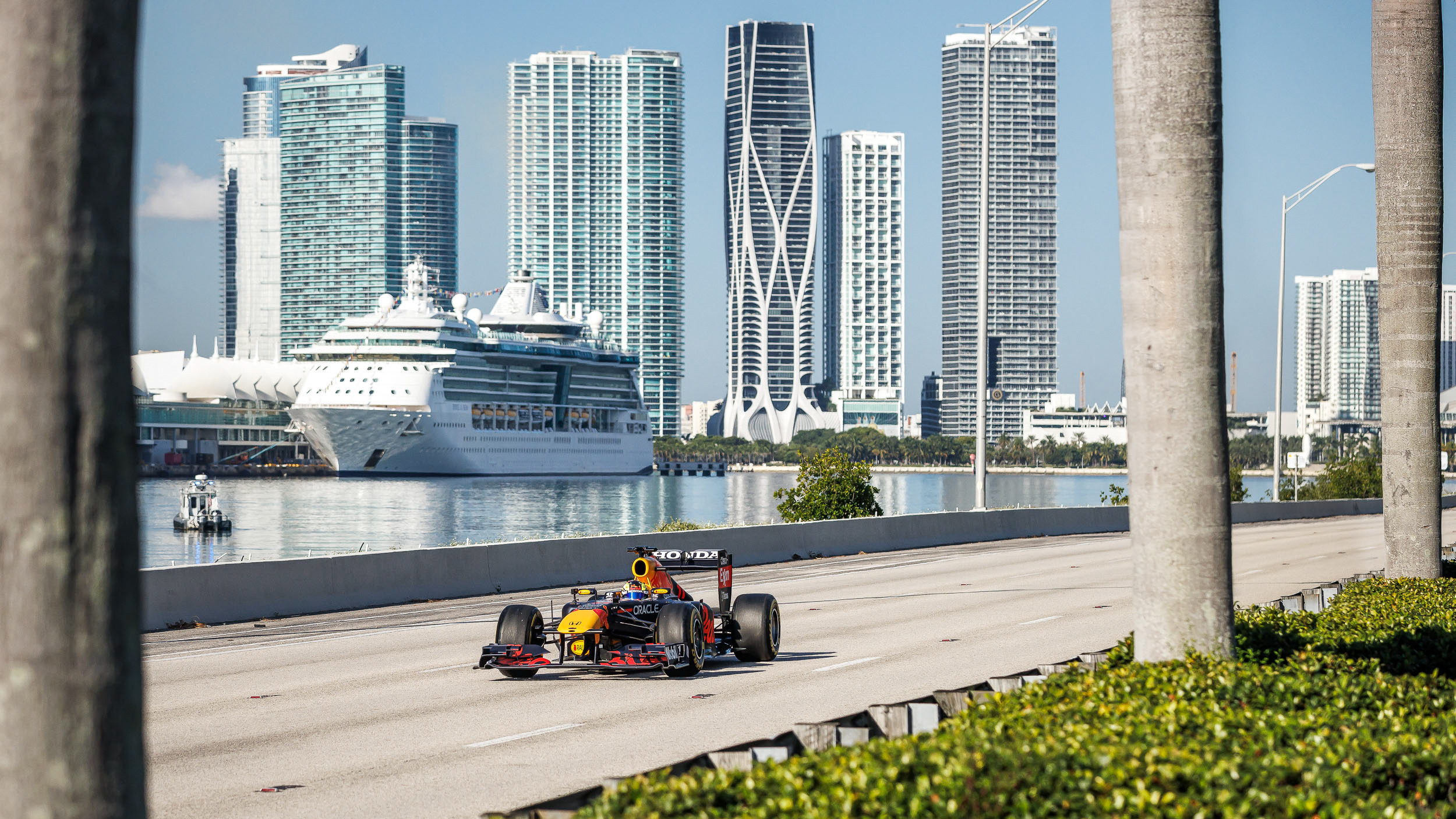 Just weeks away from the inaugural Formula 1 Miami Grand Prix, event CEO Richard Cregan had confirmed that work on the brand new track is almost finished.

Work on the 5.4 km Miami International Autodrome began in April last year, with the anticlockwise layout, which is built around the Hard Rock Stadium in Miami Gardens, designed and overseen by Apex Circuit Design.

All permanent structures, including the pit building, garages and race control, are close to being finished, while the final lift of asphalt was completed ahead of schedule in March.

“We’re in the final stages of this incredible circuit that will host the first-ever Formula 1 race in Miami,” said Cregan ahead of the event, which takes place on 6-8 May.

“We are delighted with the progress we have made and it’s a huge credit to the hard work of the team here in Miami, in consultation with both Formula 1 and the FIA to get this circuit finished in a tight timeline.”

A lap around the Miami International Autodrome will see drivers complete 19 turns, with simulations predicting drivers will be full throttle for 58 percent of the lap.

Three straights, the longest of which is 1.28km, and three DRS zones should produce a lap time of 1m 35s with an average top speed of 320 km/h.

“There has been no compromise on any aspect of the circuit design or quality of construction,” Cregan added. “In my experience of working with new venues over the years, I’ve never seen as much effort on perfecting the surface of the track as we have done in Miami.

“Everything was exactly per the design, and everyone involved in construction has done an incredible job.”