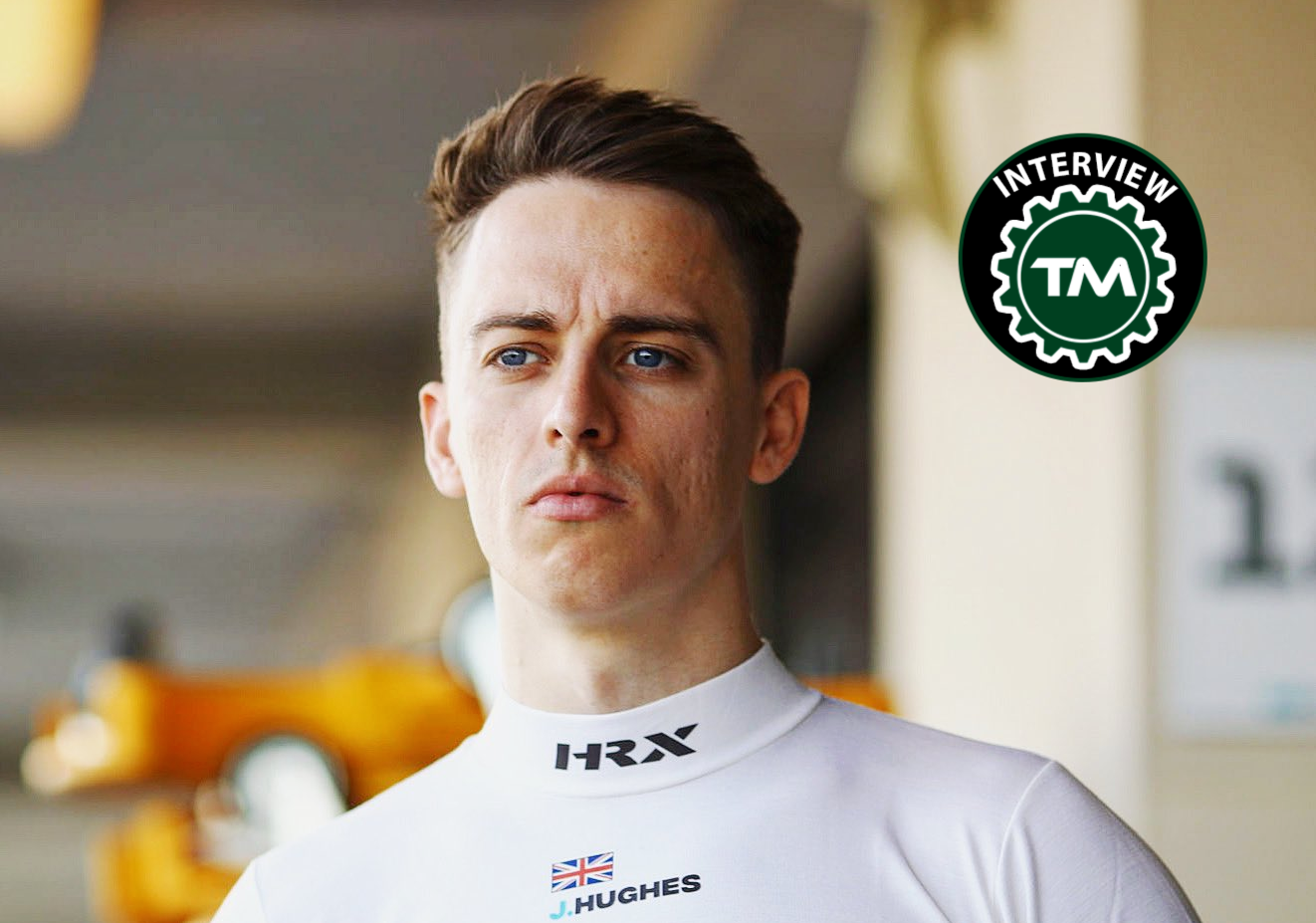 As a new era of Formula 1 dawns, the dramatic change in the regulations mean we don’t know exactly how fast the new cars will be, especially given that there hasn’t been one lap done on track. That said, plenty of work has been done in the team simulators, and Mercedes F1 simulator driver Jake Hughes admits that the speed of the new 2022 Formula 1 car has impressed him more than he expected.

Hughes frequently drove on the Mercedes simulator throughout 2021, with many runs with this year’s new generation car which was originally expected to be 5-6 seconds slower than its predecessor. However, some have suggested it will be equal to, or even faster, then the most recent iteration.

The new technical regulations have been made in an attempt to improve the racing and in an exclusive interview with Total Motorsport, Hughes believes people will be surprised by the speed of the cars.

“I think it’s no secret Mercedes were working on their 2022 car very early,” said Hughes.

“I’m not going to tell you how early in the season, [and] I don’t know what other teams are like, but it’s impressive let’s say.

“It [the speed] is not going to be as far off as I think people expect. It’s hard for me to nail that down to concrete evidence because you don’t know how the new fuel affects other teams, what power modes are you running in and things like that. But I was very impressed with the car, more than I expected to be.”

One of the biggest chances for 2022 is the switch to E10 fuel, which requires the teams to use 10 percent of ethanol in their fuel mixture. Previously, the teams ran with 5.75 percent of fuel made from bio-components, with regulations open as to what bio-content was used.

Despite the expected loss in power and downforce, Hughes feels the cars will still be close to the lap times of the 2021 machines and the development rate will be very sharp during the season.

“When you get told that it [the car] is heavier, it’s got overall less downforce, a bit less power with the ethanol fuel, 18-inch tyres, all of that screams 5-6 seconds a lap slower,” continued Hughes. “But it doesn’t seem to be.

“I won’t say how far [off the pace the cars are compared to 2021], but I think people will be surprised. Obviously, with such a new set of rules the development will be very sharp, the curve will be very steep

“I think by the end of the year they will already have gained one second or something.”

Hughes, who will race in his first full Formula 2 season this year with Van Amersfoort, hasn’t tested the 2022 Mercedes F1 car on the simulator since November due to F2 and Formula E commitments. But, he revealed that the cornering speeds will be very close to the 2021 numbers.

“I don’t know [the difference] in terms of peak minimum speeds because we don’t really tend to look at the data,” said Hughes, “unless we need to do something with our driving to better mirror what the guys will do on track so that they don’t get any kind of wrong data

“Otherwise, if you’re driving correctly, you tend to look at the driving because a lot of it is done by what we call aerodynamics group. They analyse all the data and they put forward their analysis of what we’ve seen.

“But, I think what you would maybe not be so surprised at is the high-speed [corners], with the ground effect so that is the type of speed range that will be closest to last year’s generation of car, for example.

“In slow speed, the difference will start to grow just because of the heavier car, less downforce, the tunnels are working less at slow speeds with a ground effect car and a bigger tyre as well.

“So mechanically the physics don’t add up, but in high speed the ground effects is masking it a little bit. I think you can probably expect the high speed tracks to be quite impressive.”

Despite being Mercedes‘ F1 and Formula E simulator driver, Hughes thinks Max Verstappen becoming the Formula 1 World Champion was a good thing for the sport.

“My opinion and current perception of the rules is that they might not have been followed and if that is the case then it’s completely wrong,” said Hughes.

“If the race had carried on and Lewis had won there would be a lot of people saying ‘Max deserved to win’ and ‘that’s not a nice way to end year’ or ‘Mercedes are dominant again’.

“It’s got nothing to do with the type strategies, with Max being on soft tyres because that was their choice and they don’t know what the FIA is going to do.

“But I didn’t like it and it left a bit of a sour taste and it’s not because Max didn’t deserve it. Both of them would have been deserving of it. In many ways it’s nice to see a new champion for the sport. I think it’s good for the sport actually.

“Whilst I’m in the Mercedes camp in many aspects and I’m a British driver, a British F1 fan so I’m always rooting for Lewis, I think it’s good for the sport that Max won but how it happened I wasn’t very keen on.”

Asked whether anything could have realistically been done to reverse the result of the race, Hughes said no.

“You tend to see so many things in motorsport that, once you’ve taken the chequered flag and once the trophies have been given, unless you’re done for a technical infringement or something like that, you never really see it [results overturned].

“Once they crossed the line, I was absolutely in the knowledge that Max was going to be World Champion.

“I think probably what Mercedes wanted to do is show they weren’t happy, that goes without saying, but to get a proper investigation done and not just let the FIA sort of sit on it and try and hide it in case something doesn’t need to be shown and talked about.”