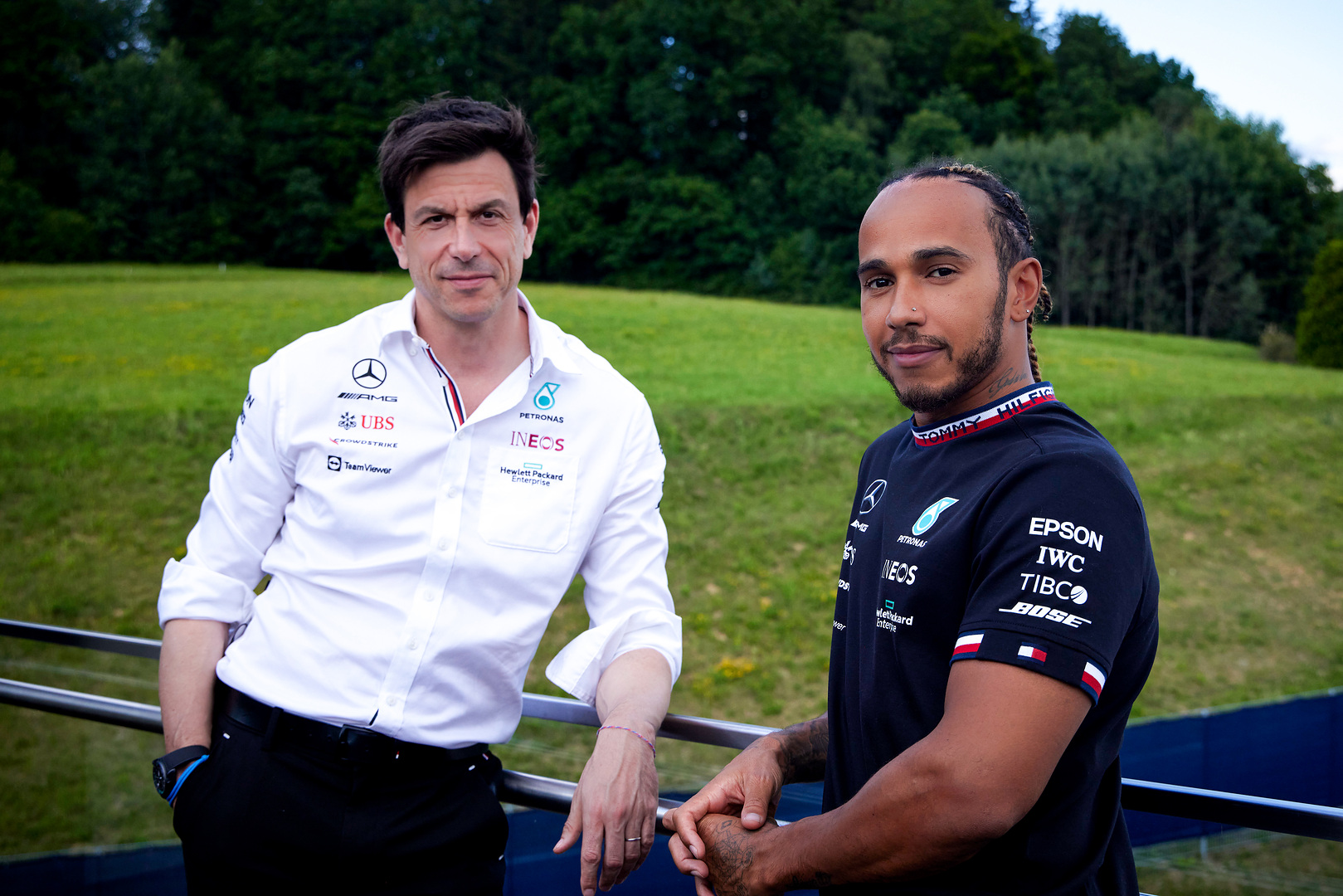 Mercedes have rubbished rumours that they’ve offered Lewis Hamilton a £62-million deal to stay in F1 until 2025, describing the speculation as completely unfounded.

The contract also reportedly includes a ten-year ambassador contract worth around £22-million per year once he retires, but according to Mercedes the sides haven’t agreed any figures.

Hamilton celebrates his eleventh season with Mercedes in 2023 with the partnership having yielded 14 world championships before a disappointing 2022 campaign.

It’s reported the huge salary, which would make Hamilton the highest-earner in F1, would be mostly paid by Ineos owner Jim Ratcliffe.

The billionaire would pay 90 percent of the wage in return for Hamilton forming part of Ratcliffe‘s bid to take over English football club Manchester United.

When does Hamilton’s Mercedes contract run out?

Hamilton‘s contracted to Mercedes until the end of 2023, so the coming season marks the end of his current deal.

They’ll want to avoid a repeat of his 2021 contract, where despite both sides assuring fans and the media that it was only a matter of sitting down and getting the deal sorted, it was only announced at the 11th hour, in January ahead of the start of the season.

A two-year extension was then announced in June 2021, and as that deal now expires, Toto Wolff‘s messaging has sounded familiar to 2020.

“As for contract discussions, we have a full year to go,” Wolff told Sky Sports. “We are so aligned – in the last ten years our relationship has grown.

“It’s just a matter of him physically being back in Europe, sticking our heads together, wrestling a bit, and then leaving the room with white smoke after a few hours.”

Ratcliffe currently pays a third of Hamilton‘s salary, in line with his share of Mercedes F1, and this isn’t the first time Hamilton‘s been rumoured to be teaming up on the billionaire’s Manchester United bid either.

Hamilton was asked about it ahead of the 2022 Dutch Grand Prix, after the Red Devils had suffered humbling defeats against Brighton and Brentford.

“It’s the first time I’ve heard of it,” Hamilton told the press at the time. “I haven’t had a call from him asking if I want to be involved in that just yet but I do want to get more and more involved in teams

“But Jim’s part-boss and part-partner, I would say we’re more partners because we’re in this together and I hope in the future to do something with Jim and build with him, I don’t know when that’ll be or what that’ll be.”