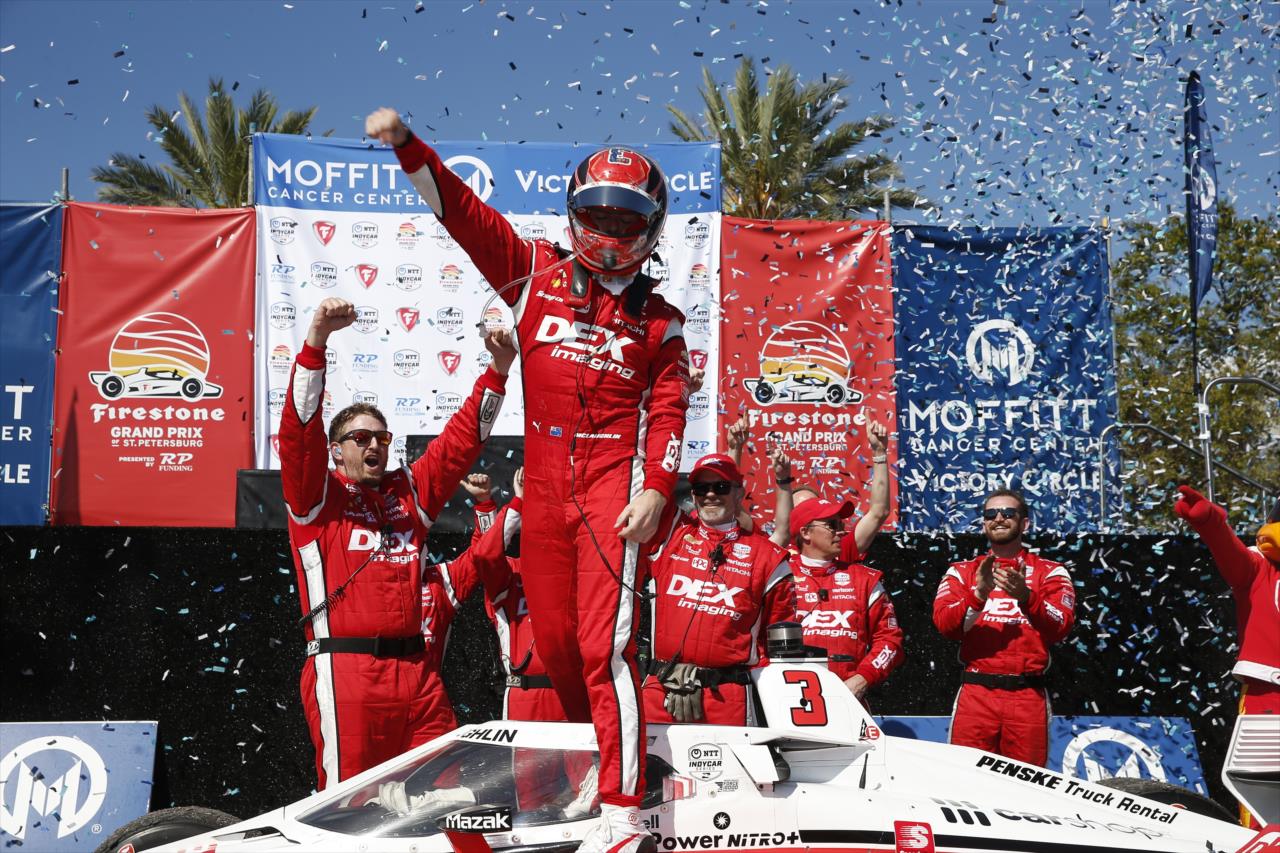 The 2022 IndyCar Series opener was an exciting affair, with Scott McLaughlin prevailing over 2021 champion Alex Palou by the smallest of margins.

Former Australian SuperCars champion McLaughlin claimed his first ever win in the IndyCar Series after a hard-fought battle with Spanish racer Palou, with the pair crossing the line with less than a second between them.

After a successful career in Australia’s premier championship, McLaughlin made the switch to racing in America, switching to the IndyCar Series full time in 2021. The New Zealander converted his pole position into victory, though his triumph was far from straightforward, with traffic playing its part in the photo finish.

Where the race was won

With the field split between a two-stop and three-stop strategy, the race proved to be a game of strategy that ultimately saw the two-stoppers prevail.

McLaughlin retook the lead in the race when series veteran Scott Dixon came in for his third and final pit stop, leading Palou by a little over two seconds. However, with 13 laps left to run, McLaughlin encountered the car of NASCAR legend Jimme Johnson and Palou’s Gannasi Racing teammate. With McLaughlin struggling to find a way past, the delay allowed Palou to close up on the Penske driver, with the pair now separated by less than a full second.

Despite running into further traffic in the form of Tatiana Calderon and Canadian Devlin DeFrancesco , McLaughlin maintained his composure and fended off Palou to claim his first IndyCar victory.

What the drivers said

McLaughlin was clearly ecstatic over his first win in the series, though admitted during the final few laps were tough.

“Thank you to Roger Penske, everyone,” McLaughlin said. “

“Yeah, DEX Imaging jumping on board, trusting me, and then Roger Penske and Tim Cindric giving me the opportunity to come here.

“I miss my mom and dad dearly and my family. Wish you guys were here. What a day. Really struggled those last couple laps just to keep my head and then save the fuel and all that sort of stuff.

“But we did it. Chevy gave us the fuel mileage. Drivability this weekend has been a change, and to win at DEX Imaging’s home race is unreal. Oh, my God, I’m just – love you Australia, New Zealand, miss you guys. Thinking of everyone in the Queensland floods at the moment.”

Palou too seemed satisfied with the way his race progressed, and admitted his car was just not on the pace.

“It was close,” Palou said. “It was really, really close, but I don’t think we had the pace he had today.

“Like he was on rails, and he knew where to go fast and where to obviously save some fuel at the end. I was just there trying to make some pressure so hopefully he made a mistake or anything, but no, he was all good.

“Congrats to him. I’m super happy that he got his first win. Yeah, I’m happier that we got our first podium of the year.”